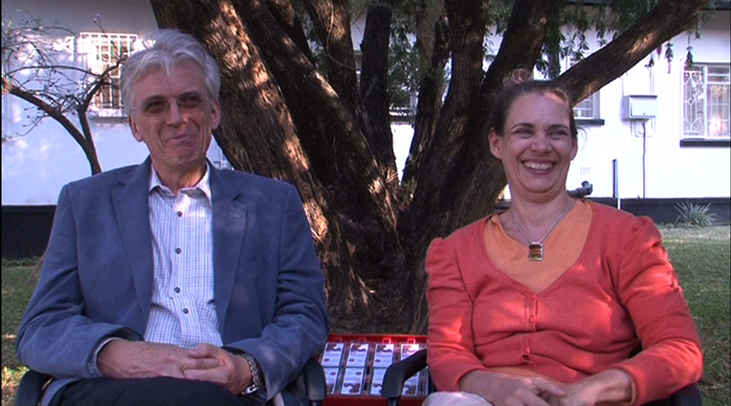 It was an idea years in the making.
It was sparked by a newspaper article in the 1980s, buried deep within the news pages, stating that 1 in 5 children die of diarrhea. Though originally shocked by the statistic, Simon and Jane Berry, co-founders of ColaLife, would sadly see firsthand the truth behind the numbers when one of their neighbors in Zambia lost a young child to diarrhea. Simon reflects, “I couldn’t believe that 20% of children die before their 5th birthday, but then I saw it with my own eyes.”

Equally as shocking to the couple was the ubiquity of Coca-Cola in even the remotest regions of Africa, whereas simple medicines to treat diarrhea were nowhere to be found. “No matter where you go, even in the most remote parts of developing countries, you can get commodities like washing powder, talk-time, cooking oil, and Coca-Cola. So if we can do that – if we can get these commodities to the most remote places, why can’t we get simple medicines to those same places to stop children from dying from dehydration due to diarrhea?”

Thus, the seeds for ColaLife were planted. In 2010, Simon and Jane decided to quit their day jobs to pursue their innovative concept full-time, funded by a modest Social Entrepreneurship Award and supplemented by an impressive feat from Simon, who cycled across France to raise awareness and funds for ColaLife’s aspirational goals.

Today, Simon and Jane are implementing a trial run of anti-diarrhea kit distribution in Zambia. They have carefully designed and packaged the kits with the appropriate local context in mind: each Kit Yamoyo, or Kit of Life, contains simple instructions, soap, a course of zinc, and individually portioned ORS sachets, all packaged inside a container that functions as a cup and lid for drinking and measuring ORS.

Each crate can accommodate 10 kits, fitting into otherwise empty, unused space between bottles, as the local independent retailer carries the crate "the last mile" back to his village. However, distribution is only half the battle. During the trial, ColaLife aims to assess how well the concept appeals to these rural entrepreneurs, training them to sell the kits alongside Coca-Cola as another reliable (and attractive) commodity for community members.

Through social media, they share their challenges and their triumphs every step of the way. “We’ve been brave,” laughs Jane. “We’ve been putting ideas out there as they come to us.”In fact, the couple credits social media as essential for their ability to take the project forward. When the idea first came to them while working in Zambia in the 1980s, they knew they would need more than a Telex machine to mobilize advocates and resources for an innovative idea. Today, Facebook and Twitter help them leverage tremendous convening power, from donors to academics to global health practitioners.

The use of social media, alongside an increasing emphasis on corporate social responsibility, has proven to be nothing short of serendipitous for ColaLife and its unlikely band of partners: “Who would have thought that a couple years ago you would have a partnership that would involve SAB Miller, the second biggest brewer on the planet, with UNICEF, a children’s charity, with a local NGO whose expertise is in social marketing? You really have an extraordinary partnership. Magic can happen when you bring people of different sectors together.”

Ultimately, the desired outcome is to generate evidence proving that the concept works, and for this intrepid couple, the future looks bright. Simon says, “Whenever I have doubts, I think about how impossible Coke sounds. If someone said to me that they are going to put brown fizzy water in a glass bottle in a plastic crate and send it to the outer reaches of the earth, I’d have said no way is it possible. This, what we are attempting to do, should be a no brainer.”

-- ColaLife has learned that innovation can take you in unexpected directions. Here are some updates on their journey.

-- Photos: Coca-Cola is everwhere. And we mean everywhere.