What Does Diarrhea Have to Do with South Sudan’s Secession Vote? Skip to main content

What Does Diarrhea Have to Do with South Sudan’s Secession Vote? 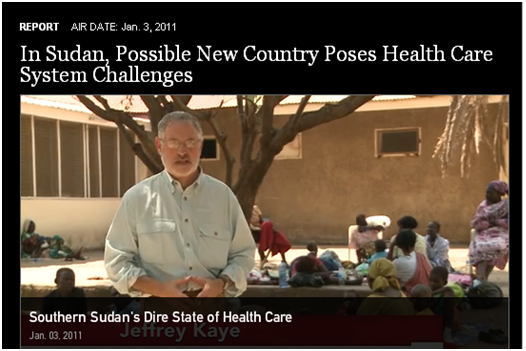 Southern Sudan holds a referendum on independence this Sunday, and the major media are filled with all manner of speculation about the outcome and its effects.

Will the vote be peaceful or violent? What is the prognosis for a new government in this fledgling country, which could be one of the poorest on earth?

Earlier this week PBS aired a compelling piece about Southern Sudan's health situation, painting a stark picture of its healthcare system. While the piece was vivid and accurate, it neglected a critical message - that many of Sudan's child health problems can be addressed by solutions that are both accessible and easy to deliver. Prevention and treatment interventions for diarrhea - including point-of-use water technologies, hygiene education and improvements, education on child nutrition, and oral rehydration and zinc - can be delivered widely and in large quantities for a fraction of the cost of many medicines or health technologies. The recent resurgence of ORT corners in Kenya,for example, could serve as a model for a community-led intervention that could quickly save thousands of children's lives.

The vote in Southern Sudan should serve as a catalyst for children and families to receive these and other simple, low-cost health interventions. Should Southern Sudan vote to secede, we hope that the government of this new country - along with donors, civil society groups, and health workers - places the survival of its first generation at the top of the political agenda.