We can all be heroes to DefeatDD 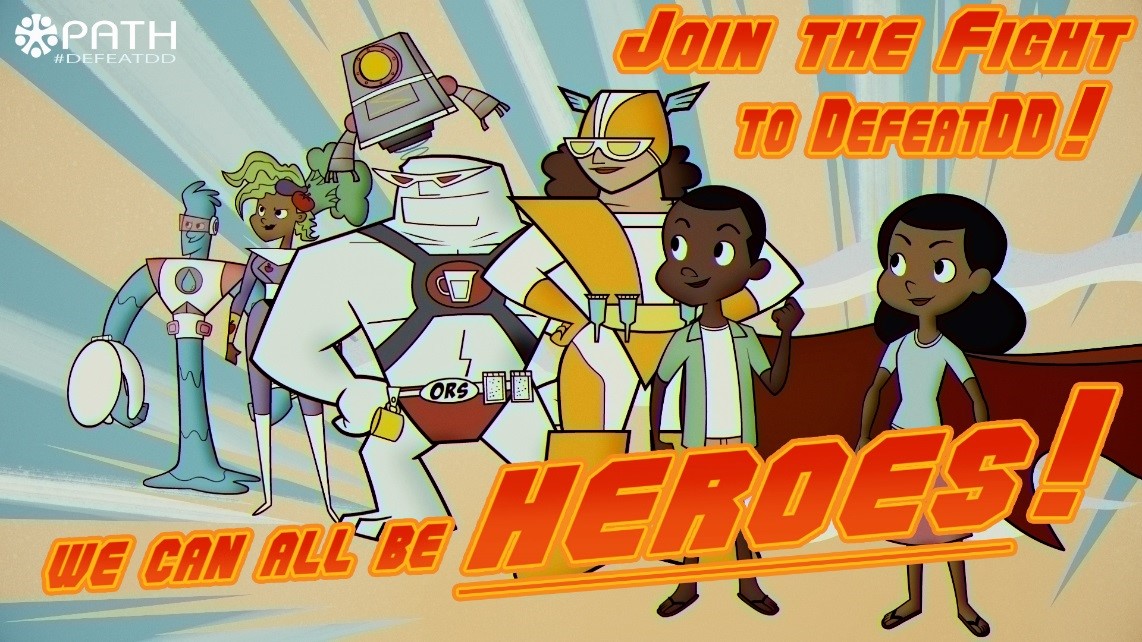 Say sayonara to Star Trek because this summer's biggest blockbuster isn't playing at your local theater. The most compelling drama comes to you right here, as superheroes and villains face off in the fight to defeat diarrheal disease!

That sight, that sound, that super-strength?!? It's WASH, Nutrition, Vaccines, and ORS + Zinc to the rescue. With their powers combined, these superheroes help children, families, and communities conquer the biggest bugs terrorizing towns and sickening kids with diarrhea—Rotavirus, ETEC, Shigella, and Cryptosporidium.

But they're not the only heroes in this story! There are lots of everyday folks who are committed to saving more lives and helping children around the world grow healthy and strong. We're paying tribute to just a few of them below. 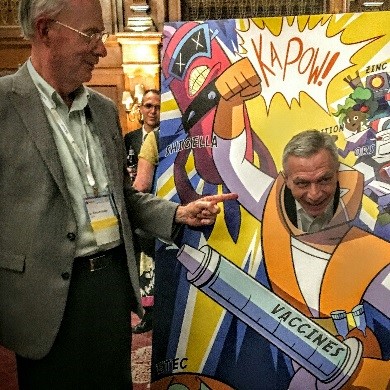 Dr. Richard Walker of PATH (left) and Dr. Lou Bourgeois of Johns Hopkins University (right) are a dynamic duo of skilled scientists working vigorously to vanquish the vile intestinal vermins ETEC and Shigella! Passionate about protecting children from the two leading bacterial causes of diarrhea, this powerful pair is fighting fiercely alongside private- and public-sector partners to advance vital new vaccines to add to the repertoire of resources to tackle these bacterial brutes. With vaccine candidates now in clinical trials, victory may finally be in sight! But their benevolent battle will continue. Even after vaccines are approved, they'll need help from heroes around the world to ensure access for all who need them. 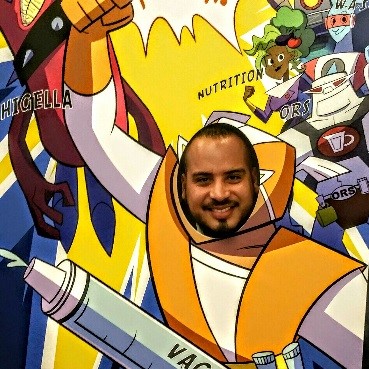 Germs can run, but they can't hide from the microscopic vision of Johann Perez, microbiologist-in-training at the National Autonomous University of Nicaragua. Every day, more global recruits join DefeatDD's Halls of Health: boots on the ground finding new ways to outsmart the diarrhea menace with local resources, solutions, and know-how. With the help of national champions, Nicaragua added rotavirus vaccines to their arsenal in 2006, but the vaccines need their team players - including next-generation champions like Johann - to keep vicious villains at bay.

Two fearless fighters, Dr. Anita Zaidi and Dr. Duncan Steele, lead the charitable charge at the Bill & Melinda Gates Foundation, having dedicated decades to defeating diarrhea. Together, they bridge science and strategy to rally a revolution against common childhood threats. 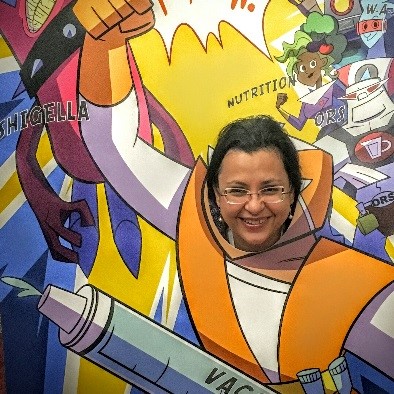 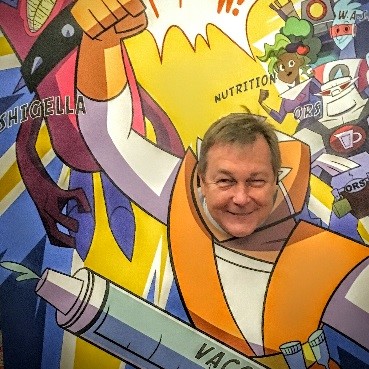 Dr. Duncan Steele is deputy director and strategic lead for enteric vaccines, and this seasoned scientist from Southern Africa is a formidable foe. Take the case of rotavirus: Duncan's research recorded the tremendous toll rotavirus wreaked on African communities, paving a path for vaccines that are dramatically diminishing death and disease. 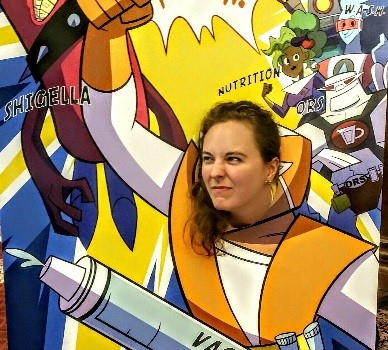 As a member of Team DefeatDD, Hope Randall slays the foolish faux pas prohibiting poop from polite conversation and drops needed knowledge into the global dialogue on child health. Corralling conversations is her specialty as she unifies messages across interventions in support of an integrated approach to defeat diarrhea. Whether she's punning on social media, presenting to a crowd, or producing an infographic, she puts her whole heart into the fight against this ferocious fiend. In the words of the warrior herself: “No mercy against diarrhea!”

See more photos of DefeatDD heroes on Facebook. Inspired by the champions highlighted here? Add your support by sharing with your friends and tweeting #DefeatDD. Join the fight by following us on Facebook and Twitter.