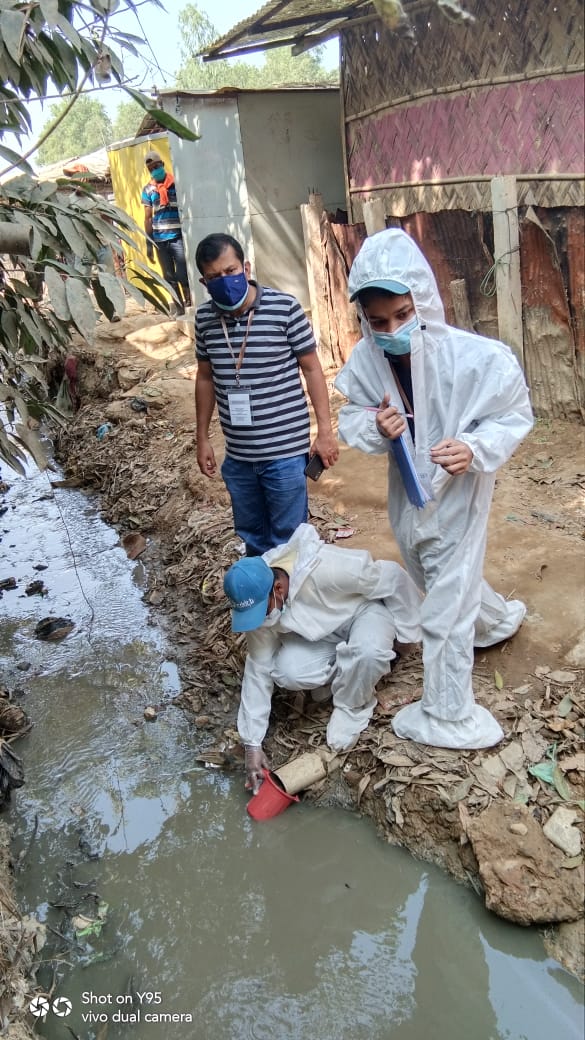 Of all the risks refugees and other displaced persons face, preventable disease outbreaks should not be one of them. That’s what motivates Dr. Zahid Hayat Mahmud, head of the Laboratory of Environmental Health at the International Centre for Diarrhoeal Disease Research, Bangladesh (icddr,b).

We spoke with Dr. Mahmud to learn more.

Take on Typhoid: Why are refugee populations like the Rohingya at higher risk of waterborne disease outbreaks?

Dr. Mahmud: Poor sanitation, inadequate safe drinking water, and poor hygiene practices are major attributable factors to waterborne disease occurrence. At the Rohingya camps, tube wells for drinking water were set up in an unplanned way close to pit latrines. When the latrines are full, improper collection, transportation, and treatment followed by inappropriate faecal sludge management increases the spread of disease-causing waste in drinking water supplies and the environment. Because of this, Rohingya people are at higher risk of waterborne disease outbreaks.

Take on Typhoid: What has your team found in the Rohingya camps’ water supplies?

Dr. Mahmud: From the surveillance, we found that only around 10% of the source (aquifer) samples were contaminated with E. coli. However, 35% of household point-of-use water samples contained E. coli. So the underground aquifer is a good source of drinking water that does not require treatment. However, it seems that secondary contamination may occur during water collection, carriage, storage, and use. Virulent stains of E. coli may cause diarrhoeal diseases, vomiting, and stomach pain.

We also screened E. coli isolates from the contaminated samples to investigate drug resistance properties. We found that 47 out of 66 ESBL E. coli isolates from drinking water samples were multidrug-resistant (MDR), which means the bacteria is not susceptible to all first-line antibiotics.

Take on Typhoid: What are your recommendations to the camp authorities to help the Rohingya population avoid waterborne illness?

Dr. Mahmud: The camp authorities can focus on the water management system as well as creating awareness and education among people to help avoid waterborne illnesses through hygienic practices. Construction of properly lined drains, regular and timely desludging of latrine pits and containments, and establishment of wastewater treatment plants are some highly recommended measures that the authorities should take. Additionally, vaccination on top of safe water and sanitation provides the best form of protection from waterborne diseases.

Take on Typhoid: Why are vaccines so important for refugees?

Dr. Mahmud: Cholera is a threat to vulnerable populations caught in humanitarian emergencies. WHO recommends the use of oral cholera vaccines (OCVs), in conjunction with provision of oral rehydration therapy, clean water, and sanitation, in humanitarian and emergency settings at high risk for cholera. Considering the water and sanitation conditions in the overcrowded camps and the increased risk of disease outbreaks in the monsoon season, the health sector is taking all possible measures to prevent cholera and other waterborne diseases. For example, between August 2021 and February 2022, the Government of Bangladesh, in partnership with WHO and others, vaccinated 88% (379,320) of the Rohingya population above 18 years of age with OCV.

Other vaccines—such as typhoid conjugate vaccines—have not yet been prioritized for humanitarian emergency settings, but they could have significant benefits given that typhoid can also cause outbreaks in settings with limited sanitation. We also need to make sure that children in these settings receive their routine vaccinations, including rotavirus and PCV.

Take on Typhoid: How does climate change affect the experiences and disease risks of refugees such as the Rohingya?

Dr. Mahmud: In the case of Bangladesh, we face natural disasters repeatedly. Extreme weather events such as flooding, storm surges, cyclones, and droughts—as well as longer-term phenomena linked to climate change, such as the sea-level rise and saltwater intrusion—are forcing families deeper into poverty and displacement. And for refugee populations such as the Rohingya, the impacts are even more severe. Storms can severely disrupt Rohingya children’s access to education and health services. Health clinics and tube wells often become damaged due to floods.

And, to make things worse, these storms often increase the chance of waterborne disease outbreaks. A perfect example is cholera, which often attacks either during or after floods or cyclones.

During any natural disaster, waterborne disease outbreaks rub salt into the wounds of those who have already lost their homes, schools, or safety. We have the tools to help prevent these outbreaks, so we must not delay in implementing them. 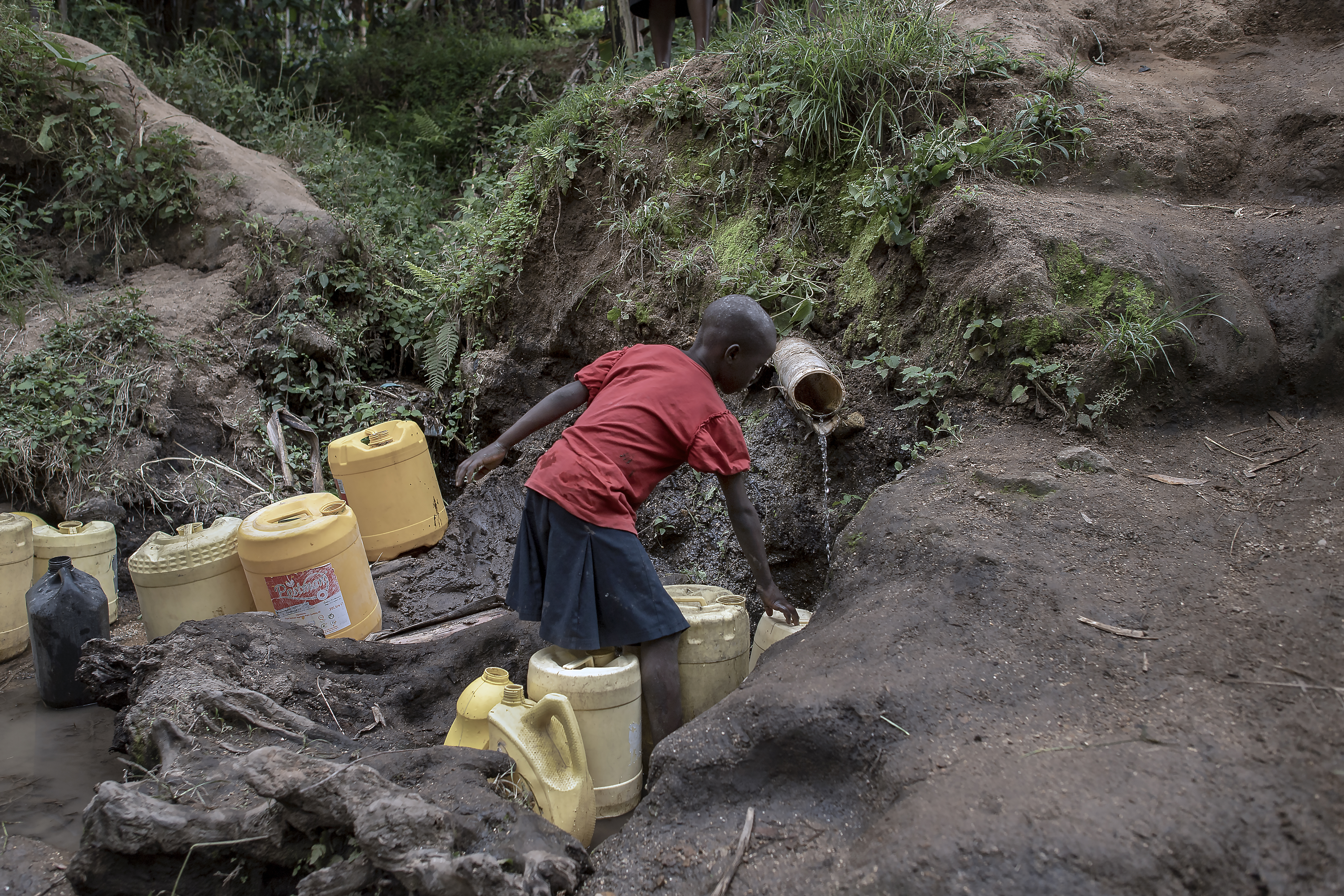 A healthy, climate-resilient future must ensure access to WASH
Climate change makes efforts to increase access to safe water, sanitation, and hygiene more urgent than ever.