icddr,b launches a preemptive strike against cholera with vaccines 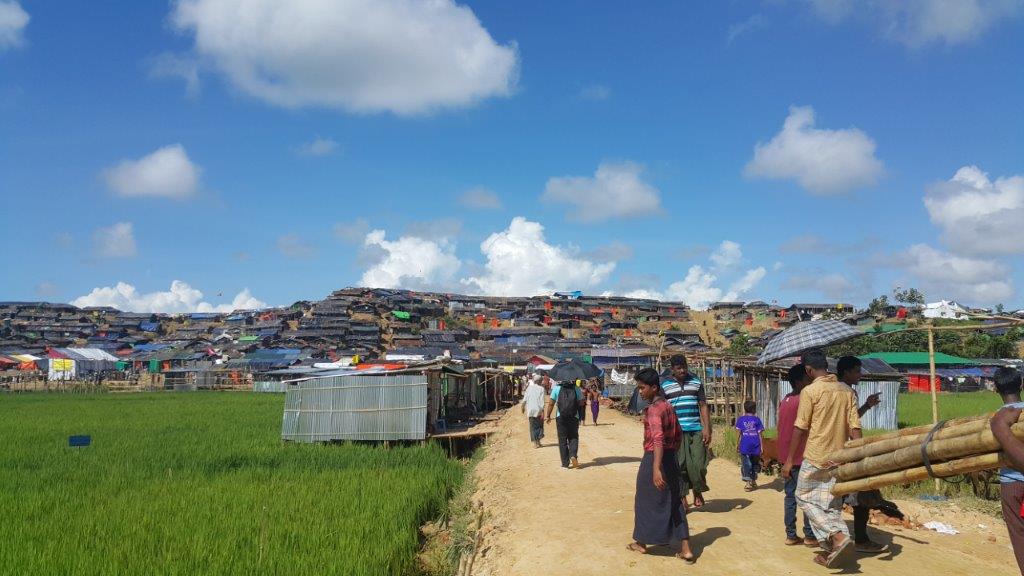 The Rohingyas are a predominantly Muslim ethnic group who, for centuries, resided in the Buddhist-dominant Rakhine State of Myanmar. However, they are not considered by Myanmar as one of their 135 official ethnic groups and have been denied citizenship since 1982, effectively rendering them stateless.

In August 2017, thousands of Forcibly Displaced Myanmar Nationals (FDMN) fled from Myanmar due to a violent military crackdown. More than 625,000 FDMNs arrived in Cox’s Bazar, the border district of Bangladesh, in what the UN has called the most urgent refugee emergency in the world.

Limited space in registered camps created a vast challenge for Bangladesh where FDMNs have set up ‘home’ in informal shanties made from polythene and bamboo sticks. The current inflow is similar to the city of Washington, D.C.’s population fleeing their homes, only to re-settle in an area that is less than 8 percent of the size from where they came.

A lack of safe drinking water, coupled with non-existent sanitation systems and open defecation practices, make crowded camps the perfect environment for an outbreak of cholera and other diarrhoeal diseases.

Dr. Ashraful Islam Khan, a scientist from icddr,b’s Infectious Diseases Division and an expert in tackling humanitarian crises across the world, was taken aback by what he found in the camps. “The scale of the problem was such that we did not know the best course of action to tackle the many issues the FDMNs faced. We observed diarrhoea cases in the camps, and the water and sanitation status was an ideal situation for a cholera outbreak, but it was evident that there were multiple health risks.”

The Bangladesh government, international partners, and scientists from icddr,b collectively decided to take preemptive action against an outbreak, recognising that prevention is better than treatment. icddr,b worked with partners to apply for oral cholera vaccines (OCV) from the global stockpile, managed by the International Coordination Group (ICG).

Recognizing the appalling conditions, the ICG responded within 24 hours, and the following OCV campaign successfully reached approximately 700,000 FDMNs. It is one of the fastest vaccination campaigns ever undertaken to protect people from cholera.

icddr,b has tackled cholera in Bangladesh since the 1960s. More recently, icddr,b conducted OCV trials and feasibility studies on a massive scale and delivered more than 900,000 doses of OCV both in urban and rural areas of Dhaka. Dr. Md Shariful Islam, a project coordinator with the Enteric and Respiratory Infections programme explains, “Considering the vastness of Dhaka, the undefined population, and inadequate manpower, we followed a shifting strategy, often completing vaccinations in one area and moving quickly onto the adjacent area the next day.” icddr,b used this same shifting strategy in Cox’s Bazar.

To ensure the campaign’s success, icddr,b’s Expanded Program on Immunization (EPI) team, along with representatives from the World Health Organization (WHO) and international partners, developed a comprehensive strategy, including vaccine delivery guidelines and training for several groups, icddr,b’s 150-person team among them. But there were plenty of complexities, starting with the lack of information on where the FDMNs reside.

Dr. Md Tajul Islam A Bari, a consultant with the Infectious Diseases Division, explains, “There was no defined area where displaced people were camped. Furthermore, the exact number of people to be vaccinated was unknown, nor was there any accurate information on whether they were previously vaccinated or their general acceptability of vaccines.”

Additionally, difficulties in storing the vaccine at recommended temperatures meant temporarily shifting routine EPI vaccines to other freezers and holding a third of the OCV stock in Dhaka until the team distributed the initial doses.

During the first round, icddr,b and partner organisations administered an astonishing 700,000 doses of OCV to the FDMNs and conducted two additional vaccination days to cover everyone scattered across the numerous camps. A second dose of OCV, along with a second dose of oral polio vaccine (OPV), were also administered to approximately 200,000 children aged 1-5 years. Surveillance data from a post-campaign vaccine evaluation shows that to date, the number of cholera cases is low, an indicator that the vaccination programme was successful.

“The OCV campaign is a historical and global event of preemptive vaccination – the second largest in history – where a request for the OCV stockpile was approved, vaccines delivered, and campaign completed in a matter of a few weeks,” said icddr,b’s Dr. Firdausi Quadri. Moreover, given there is a lack of data on vaccine effectiveness in the FDMN population, icddr,b, in partnership with UNICEF and other institutions, will measure the long-term effectiveness of the OCV.

The campaign is not over. For the cholera vaccine to be effective, it is imperative that a second dose be administered to this vulnerable population. However, due to a greater number of FDMNs than previously estimated, second doses were apportioned to those most at risk of contracting cholera and in whom a single dose will not be effective, primarily children below five years of age. icddr,b is currently in discussion with the government of Bangladesh and other partners to request for more vaccines from the WHO OCV stockpile. 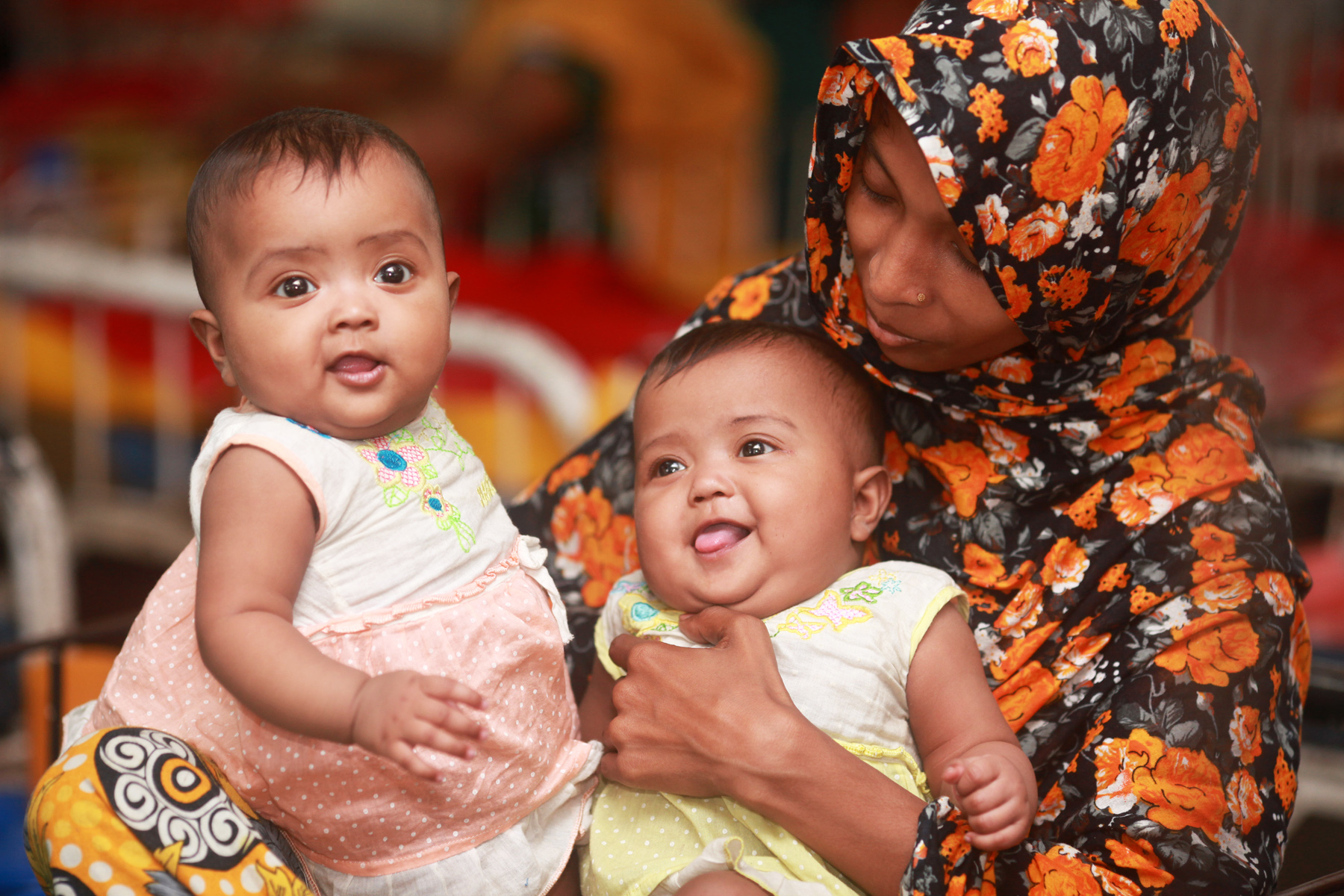 icddr,b: Turning local lessons into global impact
Partnership between PATH and icddr,b has yielded crucial research results that have not only impacted local communities, but have also inf 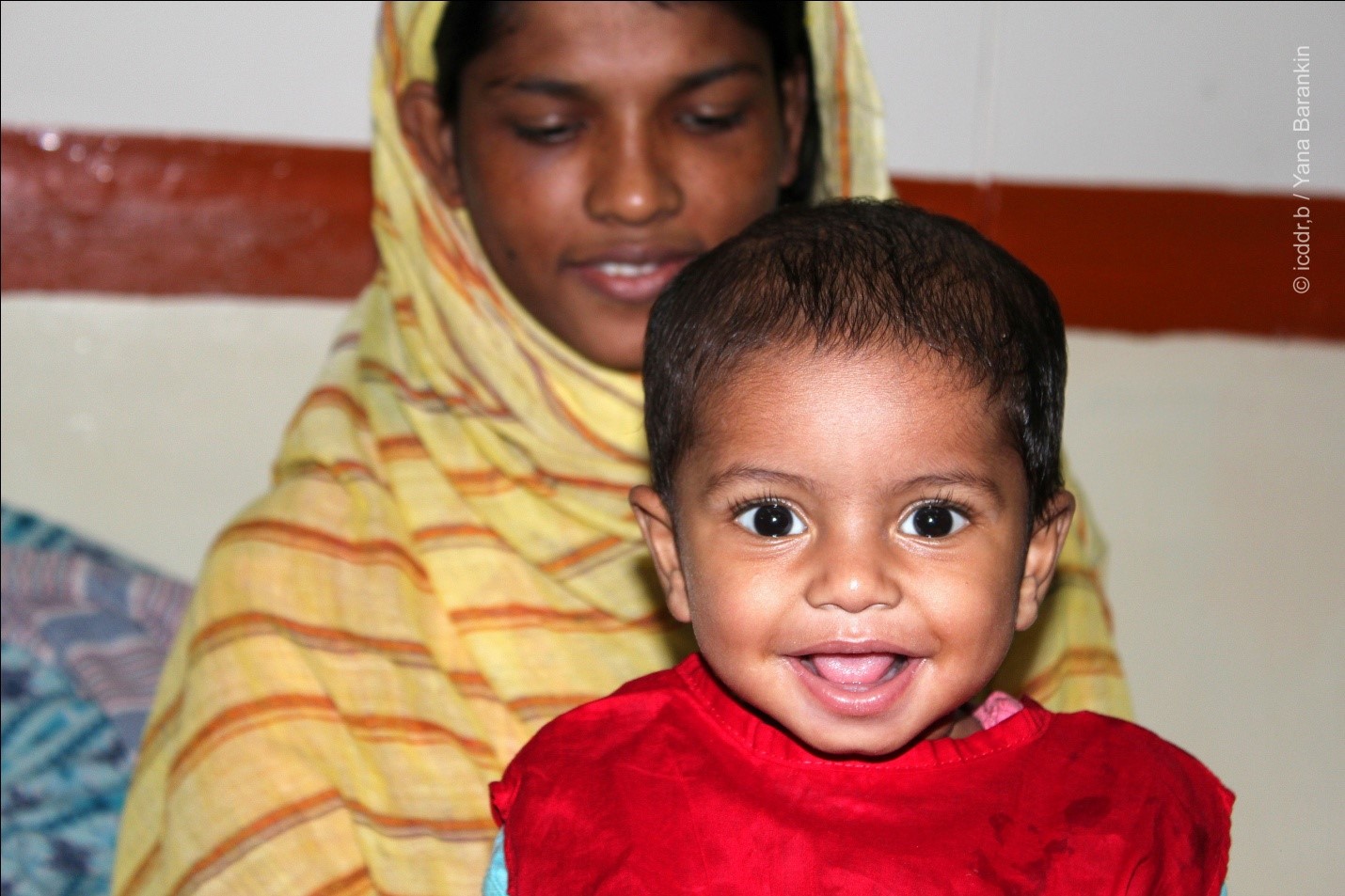