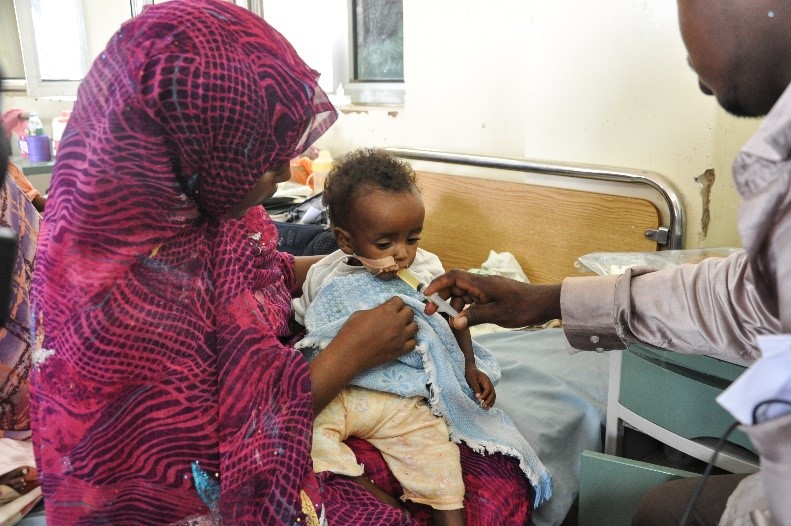 A child in Sudan receives ORS during a hospital stay for severe diarrhea. PATH/Doune Porter.

Global deaths from diarrhea are falling, rapidly. This is encouraging news—it means that fewer parents are living with the tragedy of a child lost to diarrhea.

What’s not falling as rapidly, however, is the number of diarrhea cases. Children are still being infected at nearly the same rate as they were in 1990. A new study published in the Lancet Global Health offers a deeper understanding of just how much diarrheal disease impacts the lives of children around the world, even after recovery.

The study is the first to measure the global impact of all forms of diarrhea using disability-adjusted life years, or DALYs, that have been lost due to diarrhea. In other words, it measures how much time diarrhea steals from children—time that could have been spent playing, learning, or growing that is instead spent recovering from diarrhea in a hospital bed, or lost forever due to an early death. And the study found that in 2016 alone, diarrhea cases and deaths stole 40 million years’ worth of time from children under five years of age around the world.

But the study also found that diarrhea’s theft continues even after a child recovers. The long-term damage that diarrheal disease can render on a child’s digestive system (sometimes called environmental enteric dysfunction) keeps stealing time throughout that child’s life. Diarrheal pathogens can make the gut leaky and unable to properly absorb nutrients, leading to undernutrition and stunted growth and cognitive development. Over time, this affects school performance and lifelong earnings potential. Furthermore, it damages the immune system, leaving children more susceptible to other infections such as malaria, measles, pneumonia, and repeated diarrheal infections. The study estimates that the additional burden from these long-term consequences was another 16 million DALYs in 2016. That’s a total of 56 million years’ worth of time stolen in just one year, making diarrhea the third leading cause of DALYs in this age group, surpassing even malaria.

The implications of this type of burden are difficult to even conceptualize. By stealing so much time, diarrhea also steals economic growth from entire countries. It steals potential.

This new evidence should stimulate the global health community to think about measuring diarrheal disease beyond just cases and deaths. It should also spark the interest of policymakers to prioritize not only diarrheal death reduction, but also prevention of non-fatal cases through interventions such as vaccination and improvement of water, sanitation, and hygiene. While vaccines are already available against rotavirus, the leading cause of severe and fatal diarrhea, vaccines against other diarrheal pathogens (e.g., enterotoxigenic E. coli and Shigella) are in development.

Diarrhea may be a thief, but together, we can outsmart it, defeat it, and keep it far away from our children.

Read the full commentary from PATH’s Thomas Wierzba and Farzana Muhib on the new study here. 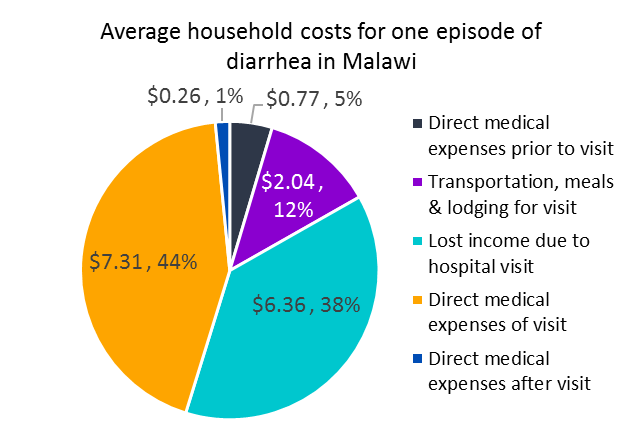