When ignorance was bliss! 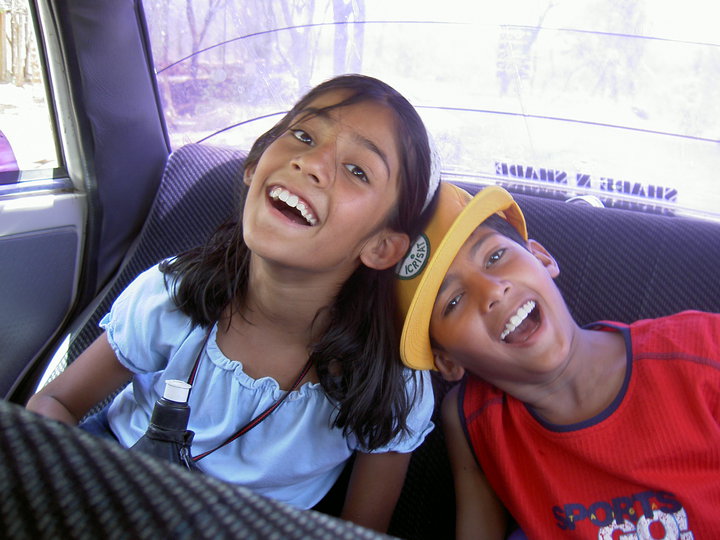 With two college-going children - pardon - adults in the house - it is difficult to recall them reaching their fifth year milestone. I still recall, though, the amazement that often came from friends and family in the larger cities of India (who took their children to hip private doctors) when they heard of the immunization schedule. ‘Your children have been immunized at a primary health center. Did you check to see if the needles were sterilized?'

My husband and I brought up the children in the calm and serene city of Bhopal fully supported by my husband's family.  Vaccinations and routine doctor's visits were always a point of discussion, since we lived in a village. The Government health worker would stop by to inquire about the children, then vaccinate and update the "mother and child" card that the State Government issued to children once they are registered at a primary health center. For my son, Varun, this document was frantically sought for during his college admissions - to confirm that all his vaccinations were done!

Ipsita and Varun in their treehouse in Bhopal.

From 2007 - having moved away from hard core news production to being part of communications teams that support public health - I sometimes chuckle at my naivete, but am greatly relieved that both the children are doing well. Why? Because in large parts of north India, routine immunization is still not a right for every child. Take for instance Madhya Pradesh. My adopted home state's record on fully immunized children still hovers around 40 percent. In the state that I supported for the polio eradication program (Uttar Pradesh) - the same - 40 percent.

Walking through high-risk polio endemic regions of Western Uttar Pradesh between 2007 and 2009, I learnt the most difficult lesson as a mother. When mothers were asked why didn't they limit their families, “I have the number of children I have, because I do not know how many will survive!” Where each day is a struggle and immunization schedules are amongst the last priority on a family's agenda - I marveled at the Government's foot soldiers - month after month reminding families to vaccinate their children against polio. Sometimes abused, sometimes taunted, oftentimes ignored - the Government system was trying to reach children - just as they had reached my own, Varun and Ipsita.

It's not an irony that I moved from working on polio to diarrheal diseases. It was evident in the last mile polio eradication endeavor that safe clean drinking water, sanitation, and nutrition were essential interventions to check that debilitating disease. Today, the challenges in India still remain: safe and clean drinking water, sanitation and nutrition can save 1.35 million children from diarrhea and pneumonia.

That I work with a sharp team of communication experts is a bonus on several fronts-breaking down scientific jargon, precision, accuracy, timeliness, and yes non-stop humor. If you are reading my piece you would have realized that by now!