Nitya Jacob
Head of Policy with WaterAid in India 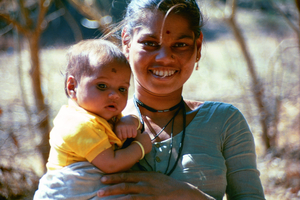 Sanitation is a serious challenge for India. Even though it has had sanitation programmes since the 1950s, more than half the population continues to defecate in the open because toilets are poorly made, because they do not have a toilet, or because of ‘cultural' reasons. A third or more newly constructed toilets lie unused, as people do not understand why they should use them.

Research suggests India has the highest rates of morbidity and mortality at all ages from water-borne diseases caused by faecal pathogens and high rates of malnutrition. The absence of toilets at home forces women to ‘hold on' the whole day making them susceptible to urinary tract infections. When they go to defecate in the open, they are vulnerable to harassment or assault.

Last year, Prime Minister Narendra Modi launched his high profile ‘Swachh Bharat' (Clean India) campaign to eliminate open defecation by 2019. This clearly shows the eagerness of the government to deal with the crisis, but the problem at hand is too big to be dealt with just good intent. Early indications are the programme is going the way of earlier ones with single-minded emphasis on hardware.

As per the 2014 Millennium Development Goals Report, 66% of rural India still defecates in the open. Research by RICE Institute has suggested that most rural Indians can afford a toilet but don't want one because they are comfortable with the idea of defecating in the open. Thus, the new Prime Minister will only meet his goal if he can create a social movement that changes people's attitudes, and builds demand for toilet use by making people aware of the health and environmental risks attached to open defecation.

The positives attached with the ‘Swachh Bharat' campaign is that it ensures funds and support from the government, but realising the fundamental need to change people's attitudes about sanitation and channeling the funds into the right direction will be its true test. Thus, the government should learn from past failures, and recognise that policies to address open defecation should be tailored to Indians' attitudes towards sanitation.

Sanitation policy needs a radical restructuring in India. What India needs is a concerted effort to change the attitudes and behaviours of its citizens to get them out of the fields and into toilets!

WaterAid believes this is an unprecedented opportunity not only to really raise the issue of sanitation and the safe disposal of human waste, but also for all those involved in the campaign to ensure that we work together and learn from our previous experiences, successes, and failures.

With decades of experience in India and around the world in managing and scaling up programmes, providing technical assistance, and testing new solutions, WaterAid looks forward to supporting the government in its ambitious agenda to solve the sanitation crisis in India.

To achieve this, WaterAid, along with the Ministry of Drinking Water & Sanitation and the Ministry of Urban Development, are organising a three-day ‘India WASH Summit' from 16-18 February 2015 in New Delhi. The first event of its kind, it will bring together the government, private sector, and the civil society working to make clean India a reality by 2019. Participants at the Summit will discuss and deliberate on the sanitation crisis facing India and ways to solve it through the Swachh Bharat Mission and beyond.

More information regarding the Summit can be accessed at: www.indiawashsummit.org.

-- Nitya Jacob is the Head of Policy with WaterAid in India