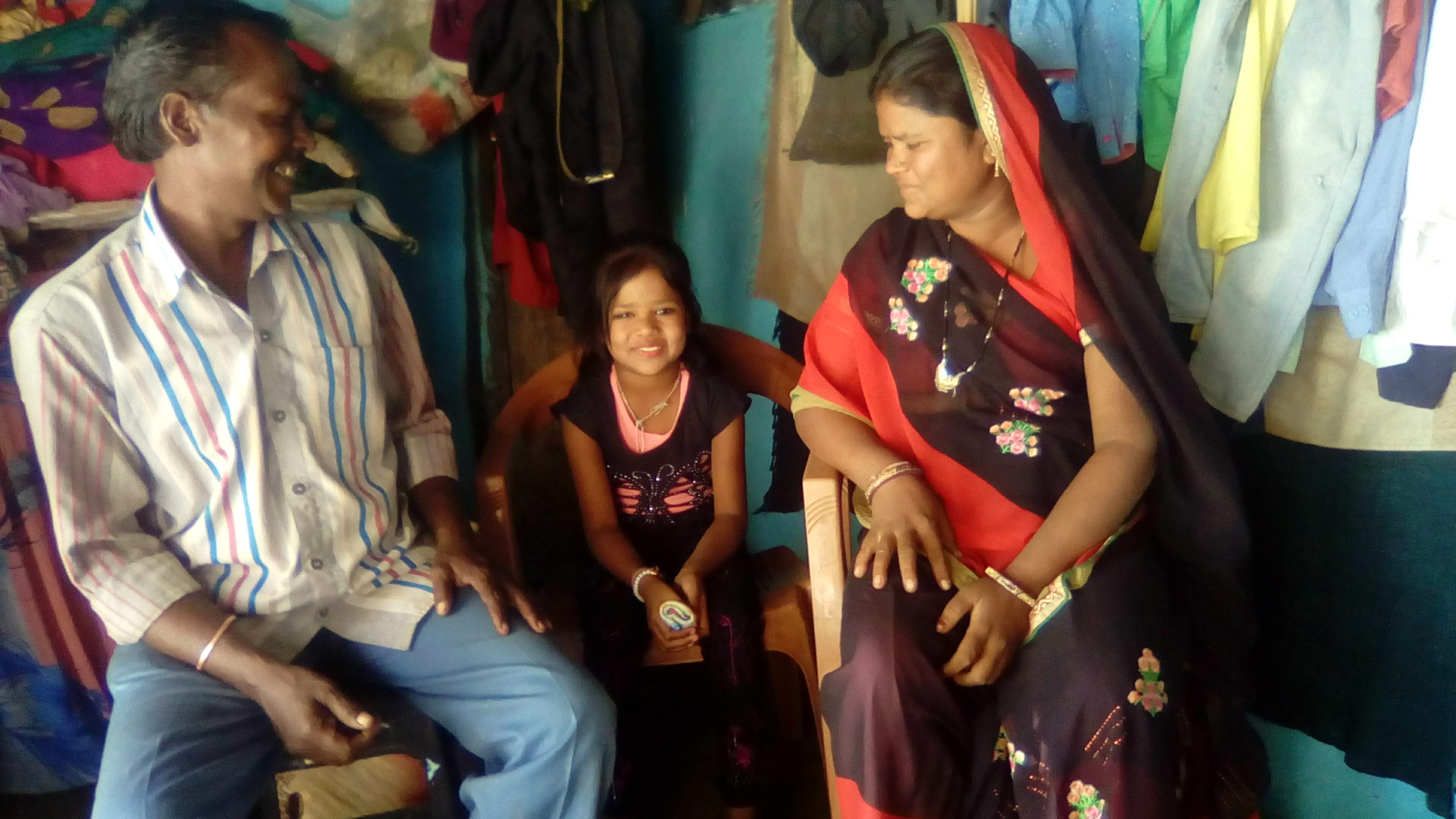 Devyani's bout of diarrhea involved an emergency visit to the city of Bhopal, 25 miles away. It was a pivotal moment for her parents that changed their perspective on hygiene and sanitation. Photo: Sushmita Malaviya.

I try my best never to miss an opportunity to see rural India. This visit to Sehore district in Madhya Pradesh was extra special. As a young journalist, I reported from Sehore for my doctoral thesis on mass media and grassroots mobilization. During this visit, wee opted to take a route that I had not been on for the past decade or so. The broken-down roads were gone, the low-lying patch that cut off Sehore from urban Bhopal during the heavy monsoon was now a decent, raised, wide road, and before we knew it, we were connecting to the highway. That was where I stopped to meet a group of women who helped change the face of their village.

As I walked through the clean village, stopping to interview people, the Jahangirpura village councillor, 40-year-old Vimal Lodhi took me back in time. “This village was inaccessible to outsiders as the main pathway (to the village) was used for open defecation,” she explains. When the Bhopal-based organisation Samarthan began work here, they motivated women to form the “Yellow Gang” to raise awareness about the need for toilets, hygiene, and cleanliness. This group of villagers composed of women and children would wear yellow clothes and alert others not to defecate in the open. “When we began trying to convince people that they needed to keep the village clean, they often brushed us off, and in some cases, hassled us. Now the same people thank us. Things are much better,” she says.

Almost all the groups of people I spoke to referred to Papi, one of the members of the Yellow Gang who pawned her silver anklets to get a toilet built. Going deeper into the village – which continues to be clean - we look for Papi. 34-year-old Papi Lodhi lives in Jahangirpura with her husband Om Prakash and their five children. In 2010 when little Devyani, the youngest, was two years old, she had an episode of diarrhea which forced Papi and Om to rush her to a hospital in Bhopal, a good 40 kilometers (25 miles) away. “I had a lot of problems then. Devyani was very little, she was vomiting, and had diarrhea and fever. We just borrowed money and rushed.”

For Om, who is a farmer, eight days off work to care for Devyani was difficult to manage. His eldest, Neha, was tasked with looking after the cows, and he had to pay for a wage worker to take care of the fields. He estimates that he lost up to INR 7,000 ($100) in this time. This incident, however, connected for him the importance of the work that the Yellow Gang members were doing.  “I finally understood, all the talk about the awareness around Swacch Bharat (the Clean India Mission, an effort to end open defecation in India) and how important it was to wash hands with soap and use a toilet,” he says.

Papi explains that pawning the anklet to build a toilet for her family was not an issue for her at that time. “It was difficult to get all the material, and I had to borrow the money. Today as a family we are secure and safe, especially the girls who do not have to go out into the fields in the night. I have since got the silver anklet back,” she says, adding, “The work the Yellow Gang did helped stop people from going to the local pond to defecate. It is now much cleaner! Nowadays nobody goes out in the open.”

After open defecation was brought down in the village, Vimal Lodhi details the dramatic cut in medical expenses. “Earlier we would spend up to Rs 10,000 [$140] a year towards medical expenses. That has come down.”

When Samarthan began work in this village in November 2012, there were only five to seven toilets for a population of 2,756. Some of these were broken or not used. The village now has 340 toilets and has been awarded the Nirmal Gram Puraskar (clean village prize), an acknowledgment that it is open defecation-free.

This was a special visit indeed. Things are improving in rural India and people are doing it themselves – with a gentle push from grassroots organizations such as Samarthan.