The Real Power of 1% 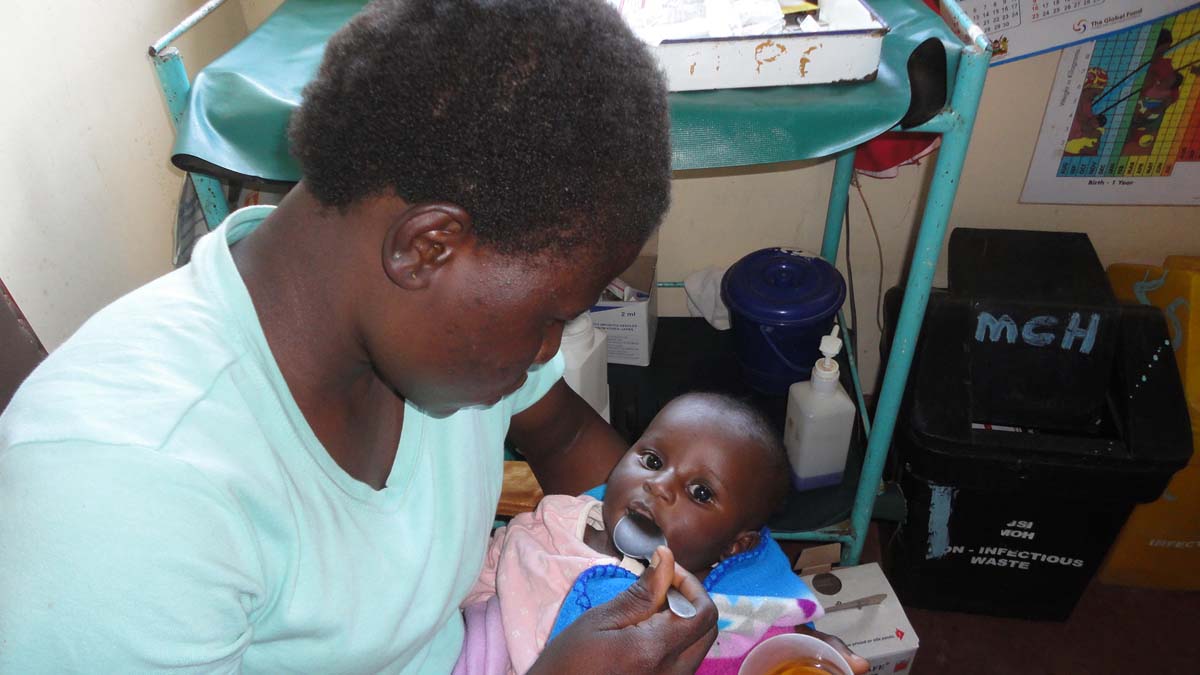 Last week I attended a briefing on Capitol Hill, part of a series focused on showcasing the Power of 1% of the US budget that goes to foreign assistance. The series was intended to garner support from Americans and our country's leaders for continued support for this international development, while also celebrating the 50th anniversary of the US Agency for International Development.

I attended the briefing to support my PATH colleague Alfred Ochola, who hails from Kakamega, a small trading town in Western Kenya. He was invited to speak on the panel alongside Dr. Ariel Pablos-Méndez, Assistant Administrator of the Global Health Bureau at USAID, Karl Hoffman, CEO for PSI, and singer and songwriter Mandy Moore.

After well scripted remarks from the other speakers, which ranged from a focus on cost-effectiveness and innovation in global health to a touching anecdote from Mandy about a mother and child she encountered during a visit to Cameroon, it was Alfred's turn.

“I don't have a speech prepared,” he said. “I am simply here to tell a story.”

So he started to tell stories - about a child with severe diarrhea whose life was saved the week before with a simple sugar and salt solution, about a mother who needed to travel miles to consult with her husband about whether or not her child could get a vaccine, about a community whose insect and dirt-filled drinking hole was transformed to clear water by a bit of concrete and two small pipes. And as he talked, showing photos from the communities where he spends his days, I couldn't help but be reminded, yet again, how radically different Alfred's life is from mine.

The night before, at another event, Mandy Moore had commented to a reporter about Washington DC, “This is not my world, so it's always fascinating to me just to even be on the sidelines and observe and listen, and be as much of a sponge as I can.” I felt the same about the glimpse that Alfred gave us to his world that day. The intent of the briefing was to emphasize themes that resonate with lawmakers - principles like cost effectiveness, American security, and doing more with less. And while those ideas have bred a common language in Washington DC, Alfred didn't need to use any of those terms. It was obvious through his stories that lives can be saved with those small dollars. It was clear how health can be improved so easily by something as simple as protecting a water spring. It was obvious the joy that people feel when they manage such a basic improvement. “They danced,” was the way Alfred described it. “Oh yes, they danced.”

And as he gave us this small peek into a world halfway around the earth from ours, this occurred to me: That while our wealth as Americans allows us to contribute the dollars that make his work possible, it is Alfred, and those like him who work daily with passion and much less thanks than they deserve, who are the true Power of 1%.

-- Celebrate the true "Power of 1%" by learning about our featured advocates in the field.

-- Photographs of Alfred's ORT corner revitalization campaign how small amounts of money can save lives.

-- Your voice matters! Browse our toolkit to arm yourself with important facts and messages about the global burden of diarrheal disease.