Part of the action yet slightly apart: Witnessing DD control in Vietnam Skip to main content

Part of the action yet slightly apart: Witnessing DD control in Vietnam 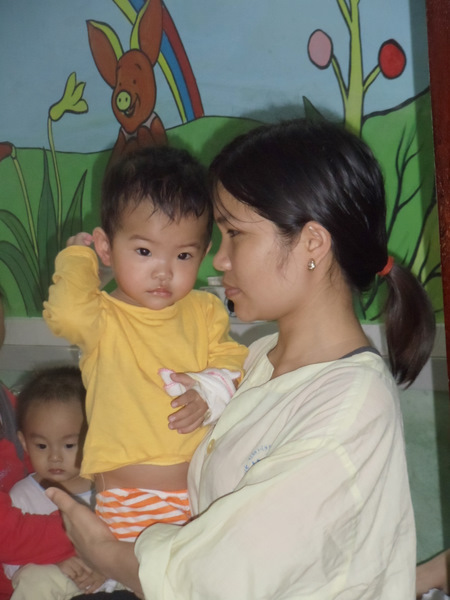 A young inpatient recovers from severe diarrhea, a bandage on his small hand the remnant of emergency IV rehydration.

By the second open-air hospital, I knew better than to look for water fountains. The sealed plastic  bottles conspicuously tucked into each cup-holder in our Ministry-provided, four-wheel-driven convoy were a pretty strong hint, too. Where we were headed, running water was a luxury. This was not my norm. I was a stranger here, warmly welcomed but still alien.

Furiously scribbling second-hand translations whispered into my ear, I tried to capture the achievements of a two-year diarrheal disease control project at its close. I asked in English, doctors and provincial officials answered in Vietnamese. Language largely separated us, but some things went beyond words. A clinic director proudly pointed to a chart on the wall. A stoic record reflected the frequency but not the anxiety of visits by parents with children suffering from diarrhea. The director and her chart showed me two things: The clinic was now routinely and reliably reporting diarrhea cases to the district—and those cases were dramatically dropping. Furthermore, she was part of a pilot project in Binh Dinh province, along Vietnam's eastern coast. Her experience would ultimately benefit the entire country, and perhaps even farther throughout the Mekong region. 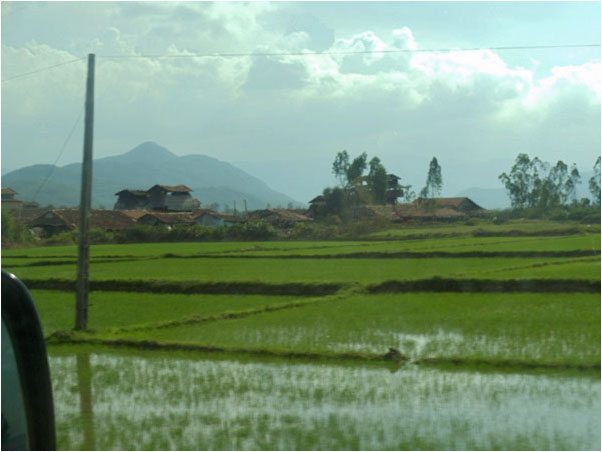 The gorgeous landscape of rural Vietnam.

Low and lush mountains peeked from the edges of the landscape as we scaled stairs to the second floor of the Binh Dinh Provincial Hospital. Caught up in capturing sights and sounds, I worried as young photo subjects refused to smile back at me. In a roomful of other parents, their mothers would toss me shy but knowing smiles amid focused attention to a nurse describing the lifesaving simplicity of oral rehydration solution (ORS). Sheepishly, I remembered that these children were themselves recovering from severe dehydration. No one wants to smile when they're sick!

Binh Dinh hospital was a leader in PATH's pilot project to demonstrate both benefits and challenges of putting new diarrhea guidelines into practice. Bridging policy with community health delivery, a multi-faceted effort updated clinical practice with relatively new tools like low-osmolarity ORS and zinc. Aware of these interventions but not yet applying them, physicians eagerly added them to prevention and treatment regimens once the Ministry of Health gave its formal sanction.

Dr. Le Quang Hung, deputy director of the Binh Dinh Department of Health, was excited by how the  taste of zinc made it easy to administer to discerning, cranky toddlers. He offered me a dose: a fat, white pill and a small glass of water drawn from a nearby cooler. I swallowed the thing whole. “This is easy to administer?” I asked him between a grimace and follow-up gulps to finish off my glass of water. “How can kids swallow something so big?” He held back laughter but a small smirk escaped. Silly stranger, the zinc tablet dissolves in the water…. 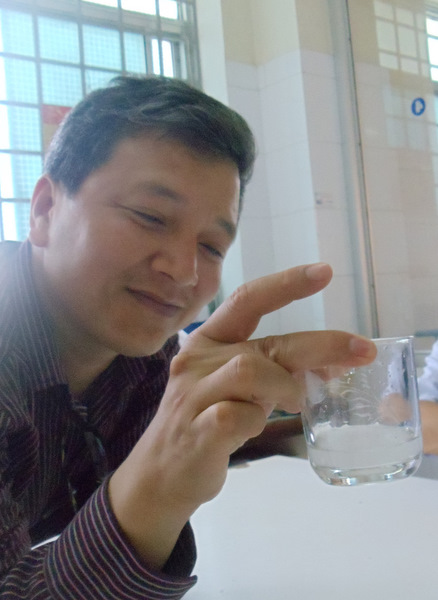 Dr. Hung graciously shows me how to prepare a dose of zinc.

I was there in it—watching firsthand how our project increased awareness and empowered health workers. I was listening to the head nurse's spiel at an Oral Rehydration Therapy corner; I interviewed mothers;  I choked down a zinc tablet whole. This was not my norm. I was out of water, figuratively and nearly literally. But I felt so lucky to see this work in action.

-- Deborah Phillips is a Communications Officer for defeatDD at PATH

-- It takes several partners to build the bridge between health and policy. Learn more about the challenges and ultimate success of this pilot project in Vietnam.

-- In July, Vietnam's Ministry of Health officially listed zinc as an essential drug for the treatment of diarrhea: a major milestone for child health.

-- View photos of our work in Vietnam.