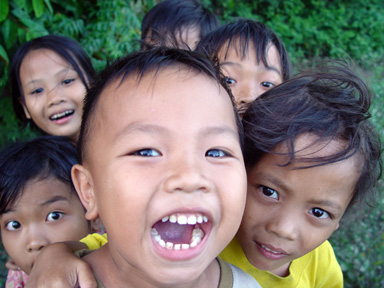 This week, PATH is co-hosting a symposium - along with the Vietnamese Ministry of Health and Vietnam's National Pediatric Hospital - on the importance of taking an integrated approach to defeating diarrheal disease.

The gathering will bring together health professionals from around the Mekong Delta region.

You might be surprised to learn that Vietnam is a leader in Asia on reducing death among children and is on target to meet the child health Millennium Development Goal. But after noticing that rates of diarrhea illness had stagnated in recent years, the country again flexed some leadership muscle.  Just last year, the country unveiled new, national guidelines on managing diarrheal disease in children. These will not only benefit Vietnam's children and caregivers, but could set a new standard for the Mekong region.  The country has moved aggressively and has nearly completed their nationwide roll out of the guidelines, with trainings and workshops completed in every province. In addition, a national media campaign is under way about diarrhea prevention.

One of the goals of this week's symposium is to provide additional information to provincial health leaders, and to provide updates on zinc availability, nutrition programming, and vaccines for rotavirus and cholera. Like many countries around the world, the greatest burden of diarrheal disease lies in the poor, rural regions of the countryside.  Health officials from Cambodia and Laos will be on hand as well, to offer insight on how they are addressing diarrheal disease among vulnerable communities.

PATH has been helping local leaders implement the new guidelines in Vietnam, including a demonstration project in the Bihn Dinh province, a region along the south-central coastline, emphasizing an integrated approach of treatment and prevention.  If you want to learn more about our in-country work, there is still time for you to make your next stop The Mekong Regional Workshop on Diarrheal Disease Control this November 10-11, in Hanoi. Or you can read more here (PDF 144 KB).