The Most Important Question in Global Child Health Today: Why are 3 Million Children Dying from Two Diseases we know how to Prevent and Treat? Skip to main content

The Most Important Question in Global Child Health Today: Why are 3 Million Children Dying from Two Diseases we know how to Prevent and Treat? 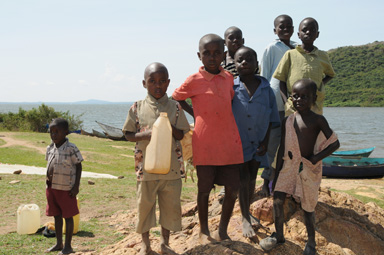 One of the biggest challenges in global health is matching resources to the areas where the most lives can be saved.

It is a very serious problem, because resources are always scarce, and when they are not targeted to those areas where the most good can be done, the opportunity cost is measured in lives lost. No single issue frustrates me more than this one, because it is a failure of information, easily corrected, that is causing millions of human lives, mostly children under 5, to be lost every year.

Let's talk about the areas where the most children's lives can be saved.  This is essentially a function of two things - a) the leading causes of child mortality and b) the existence of cost-effective interventions.  Let's start with child mortality.   Thanks to Bob Black and his team at Johns Hopkins Bloomberg School of Public Health we know what the leading killers of small children are and we know exactly where children are dying.

So what are the leading killers of small children?  Pneumonia and diarrhea, which together claim almost 3 million children every year - more than double malaria, AIDS and measles combined.   And where are most of these deaths occurring?  They are concentrated in just six countries - India, Pakistan, Afghanistan, Nigeria, Democratic Republic of Congo and Ethiopia.

On the treatment side, most cases of pneumonia can be cured with antibiotics and diarrhea can be treated with oral rehydration salts and zinc supplementation.  Each of these treatments costs lest that $1.

So why are 3 million children dying from two diseases we know how to prevent and treat?

I believe that this is the most important question in global child health today and the answer is a failure of information.

Donors, government and private sector, should act to maximize their social investments. For a given amount of financial aid, donors should be focused on how they can save the most lives, and particularly the most children's lives, as children have a lifetime of contributions to society ahead of them.

But donors have not targeted significant resources to pneumonia and diarrhea.  These two diseases remain the most underfunded areas of global child health relative to their massive disease burden.  I've thought long and hard about this.  Why are donors ignoring the diseases that kill the most children, especially when we have interventions that could save more than 1 million children's lives every year if they were available in the developing world?

And the answer is…most donors don't know.  There has been a monumental failure of information. We have not yet succeeded in establishing global health institutions that advocate across diseases, guiding donors to those investments in those countries where most lives could be saved.

But there are signs that this is beginning to change.  The President's Global Health Initiative with its focus on using government aid $ more wisely has singled out pneumonia and diarrhea and vaccination as areas where government $ can deliver the largest, immediate social returns.

And earlier this year at the World Health Assembly, Health Ministers passed a resolution acknowledging that Millennium Development Goal  (MDG) 4 will not be reached without a new focus on pneumonia.  It remains to be seen whether G8 and G20 leaders will follow suit and whether the UN will shine a light on pneumonia and diarrhea at the Review Summit on progress towards the MDGs in September.

Just imagine what it could mean if resources did flow into fighting pneumonia and diarrhea over the next decade.  According to Gates Foundation estimates, vaccines against pneumonia and diarrhea can prevent more than 7 million child deaths over the next 10 years.  Combining vaccines with treatment pushes that number above 10 million, according to WHO and UNICEF estimates.

I am not aware of any other intervention currently available that can save children's lives on this scale.   There should be no more persuasive argument than this one when it comes to donors targeting their scarce $.

-- Ms. Leith Greenslade a private investor and contributor to several not for profit organizations, including the GAVI Alliance, and sits on the GAVI Campaign Board.