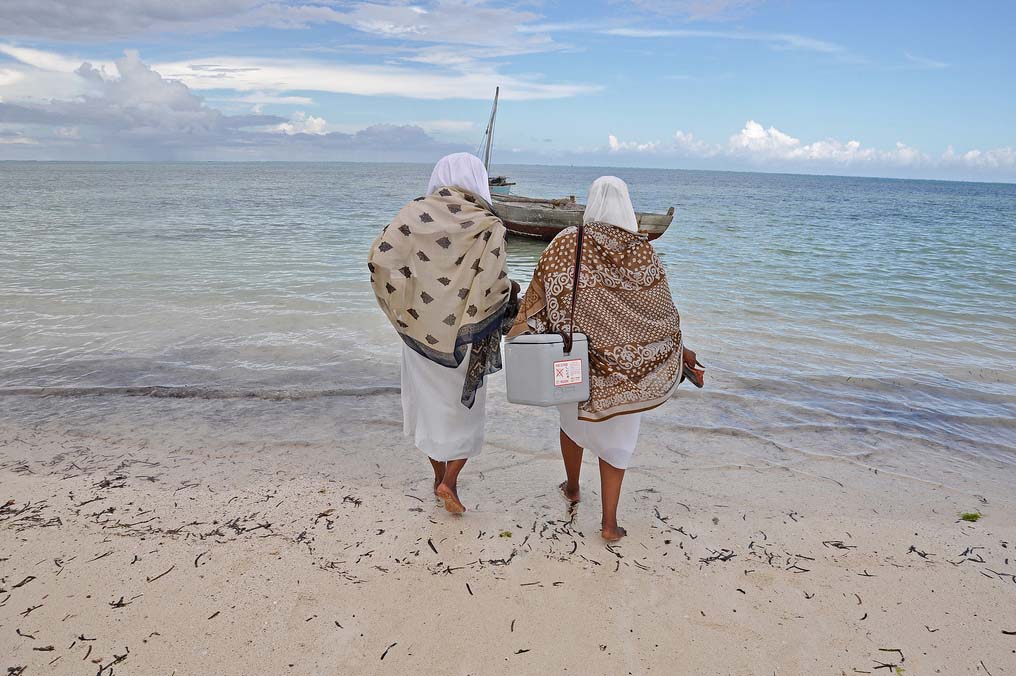 Two years ago, Dr. Namala Mkopi, pediatrician and Shot@Life Global Immunization Fellow, celebrated Tanzania's dual introduction of pneumonia and rotavirus vaccines with a blog here on DefeatDD. We were lucky to catch him in during a visit in DC to hear about the changes he's seen first-hand since the nationwide vaccine introduction.

Before we focus on the past couple years in Tanzania, let's go back a bit further. What first inspired you to go into the medical field?

I always said I wanted to treat kids before I even knew what it took! I never really liked biology, to be truthful - I liked math and physics - but at the end of the day that was the path I had to take to practice medicine and help children.

I've spent my whole education and medical career in Tanzania, and I find that in working with children for such a long time you find yourself driven to do so many things. Especially when you realize that no matter what you do for treatment, there's only so much one person can do. You find yourself being an advocate and trying to train and mentor as many people as you can. Eventually, when you hear there is a vaccine that is effective - that is really something. There are many entry points to prevent pneumonia, but in my experience, one of the best and easiest to deal with is vaccination.

Your day-to-day experiences as a pediatrician in Tanzania certainly underscore the importance of pneumonia and diarrhea prevention. What is a typical day like in the clinic?

I work at the National Hospital in Dar es salaam, Tanzania. We have more specialized equipment because we are in an urban setting, and I deal with critically ill children who have been transferred from municipal hospitals because their cases are life-threatening. Everything moves so quickly, especially when several children arrive at once needing oxygen or a blood transfusion, and there are only two or three medical staff with varying degrees of experience. I need to make several major decisions at one time. I scan patients for prompt issues. Divide and deal. Children have died simply because they are waiting for blood or oxygen to be available.

I also mentor medical staff in districts and hard-to-reach areas so that they learn how to evaluate and assess children well. This is the place where there is opportunity to make a difference. If kids are getting interventions early, they have a better chance.

Because of poverty, parents delay bringing kids to the hospital. The health of one child is important, but they may have other kids, too. For many who cultivate farms, today's meal will be determined by what they do on that particular day. If they go to the hospital, what will they eat? Where will they leave the other kids?

I can't change the health statistics of my country, even if I see kids 24 hours a day. But if we give children vaccines, I can at least go sleep at home!

You blogged for DefeatDD after Tanzania's dual introduction of pneumonia and rotavirus vaccines in 2013. What changes have you seen since then?

I was so excited that the advocacy efforts were paying off. Back then, we had some hope because of success stories we'd heard from other countries, but now we are living that hope. It is no longer a told story.

I used to see so much pneumonia that we had to swap oxygen cylinders from one child to another because there were not enough to go around. We do not struggle that way anymore. In the diarrhea ward, there are days when I see only one child, and my colleagues can't believe it; they say, “Are you sure?!” Yes, there have been other health interventions that have made an impact, but why this big of a change within two years? It tells me that the pneumonia and rotavirus vaccines are doing what they're supposed to be doing.

People need to hear these stories so we can implement this model in other countries.

I am amazed by Tanzania's extraordinary vaccination coverage rates. How do you account for it?

The secret of Tanzania's 90% plus vaccine coverage rate is in public-private partnerships and, from region to region, a solid cold chain infrastructure and health system. This means that parents, regardless of region or type of hospital, can access vaccines for their children.

The other thing that motivates parents is that they've seen the changes since they started vaccinating their children. They become local ambassadors because they've seen the changes with their own eyes. And now they are even becoming more curious, asking, “Is my child getting all the necessary vaccines?” Even the third dose of the pneumonia vaccine, where participation tends to drop off, still has a high coverage rate of over 90%, which speaks volumes about the commitment of parents.

The role of media - tools like radio - has been important as well.

At the briefing “The Fight Against Pneumonia: From Global Immunization Partnerships to Local Impact,” you mentioned that you want to help start a grassroots advocacy movement for vaccines in Tanzania. Why is this a priority for you?

But I am only one voice. Grassroots advocacy is like a wildfire spreading underground - by the time you see it, it has covered everything. Like looking through a microscope, just because an organism is tiny doesn't mean it's not there. Engaging youth in grassroots advocacy is important because parents might hear me on the radio and get bored and turn the station, but they will listen to their children. Our youth need to be equipped to become good ambassadors - and good future parents.

Youth also have leverage with policymakers. More than 60% of the people who voted in the last election were under 30 years old. Politicians care about votes, and if the youth are demanding something, they will have nowhere to run!