A journey toward the first human milk bank in Asia 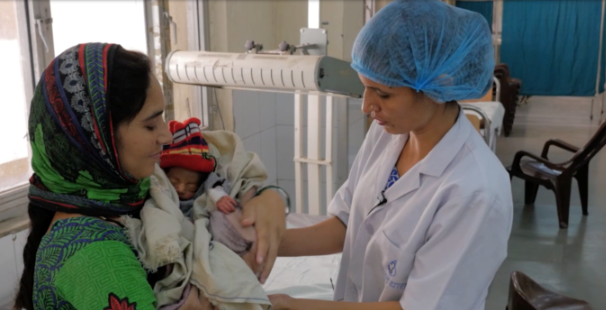 This story of a baby's survival made me a strong proponent of human milk banking: A baby with tetanus was brought in to the hospital by poor parents but then abandoned. The baby's recovery was very slow. One day, an ophthalmology resident who recently had a baby expressed her milk for the abandoned baby. When the resident realized that the baby was recovering, she continued to breastfeed and the baby recovered!

My own involvement with human milk banking began twenty-five years ago. We used to deliver 6,000 to 8,000 in Sion Hospital per year - that was a lot of babies in a year! - and during that time we were losing a lot of these babies to diarrhea and sepsis. On investigation, we found that the source of diarrhea was contamination from some formula milk and bottles. We knew we needed to make a drastic change, but what could we do if we didn't have mothers' milk to feed the babies? What was the alternative? That was a big question.

Not all mothers could feed their babies enough milk, so the answer was to use another mother's milk. We began encouraging mothers to express, save, and donate their milk to other mothers. That was really the beginning! Then I visited the UK on a fellowship and witnessed milk banks in Oxford and Birmingham: how they collected, pasteurized, and stored human milk and fed the babies. I said to myself, “My God, this is something we can do in India!” And we were fortunate to get funding from the Taj Group of Hotels to establish the first human milk bank at Sion Hospital, where I was working at the time.

It took many years for this idea to percolate into our health system due to the fear of HIV/AIDS and the lack of scientific evidence, social acceptance, funding. So when we started our human milk bank in 1989, we generated clinical evidence in the process. We tested our mothers for HIV and pasteurized the milk and demonstrated a decrease in mortality. To ensure safety of the infants, we established safety protocols. Ten to fifteen years later, other hospitals began their own human milk banks, generating new evidence. We now have enough evidence to scale this across the country. China is leading by example; it has a milk bank wherever there is a neonatal intensive care unit.

While some encouraged the idea, others had to be convinced. Lots of people thought it was a crazy idea and couldn't understand what we were doing and why we were doing it. When people asked, “How can you give one mother's milk to another baby?” I used to act equally surprised and ask, “How can you give another species' (animals') milk to another baby?” and that seemed to highlight the disconnect for people, that we are willing to use another species' milk, but unwilling to try another mother's milk.

Now the Government of India is also pushing for milk banks. Given the high infant mortality rate, wherever there is neonatal intensive care unit, be it district, be it the city, there is an absolute need for a human milk bank with a sufficient numbers of adequately-sized units to high-quality facilities to encourage mothers to come in and donate their milk. We also encourage mothers to express milk and donate when their own baby is ill in the hospital and unable to suckle. This helps the mother's lactation process so when the baby is healthy and ready to leave the hospital, the baby can go back to mother's breast.

We have started it off. And all this should not happen too fast; the procedures should be in place so that organizations like PATH can gather evidence and tell success stories to the larger audience. PATH is gathering insights about experiences on the ground to show how these milk banks are run and how Governments can take this forward. These efforts will also help the milk banking concept be better understood and accepted by a wider audience.

For more information about human milk banks in India, visit "Human milk banks: bringing a superfood to all the babies" on the PATH blog.