The indirect benefits of vaccination, no mere child’s play Skip to main content

The indirect benefits of vaccination, no mere child’s play 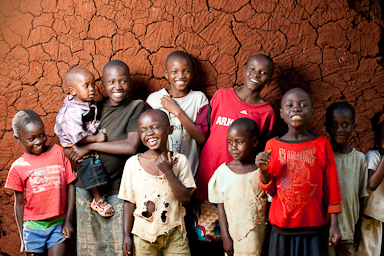 Last year, I had somewhere in the ballpark of fifteen colds (and that's a conservative estimate). Just to plan ahead, I'm penciling into my 2014 calendar several colds over the next few months. You see, my son is in daycare. Need I say more?

When my son was in his first few months of life, I blogged about how breastfeeding likely helped him stave off a severe stomach bug going around in our family. Since then, he has hit the one year mark and his many months in the germ-infested environs of daycare (and my single-handed support of the facial tissue industry) have underscored for me the importance of yet another facet of disease prevention—herd immunity.

Herd immunity is when a significant portion of a population is vaccinated against a disease, which helps indirectly protect others around them that are not immune by disrupting the chain of infection. Studies have shown that vaccinating children in particular can be beneficial for building herd immunity because they are often main transmitters of disease. Even major child killers like pneumococcus and rotavirus (the leading causes of pneumonia and severe diarrhea, respectively) are two examples for which this is true.

My son's daycare center is a good microcosmic example of how easily and efficiently disease spreads in settings where frequent person to person contact occurs. Sniffles and coughs pass between children and adults like wildfire there. But, despite the number of runny noses (or my own runny nose for that matter), I often find myself relieved that the illnesses that seem to circulate on a regular basis at the daycare are, by and large, mild.

Most of the children are lucky to be done with or well into their vaccination series for many serious childhood diseases (e.g., pneumococcus, rotavirus, measles, diphtheria, pertussis, polio, etc.) The children in the class that may not be up to date on their shots are lucky too because the vaccinated kids form a sort of protective bubble that reduces everyone's chance of exposure. Although mild illnesses like colds still get passed around, vaccines and herd immunity are hard at work shielding our children (and us) from many serious pathogens.

Since I live in the United States where vaccines are readily accessible, I can only begin to imagine how scary parenthood would be if my son and his peers did not have access to vaccines. But, for millions of parents around the world, especially in low-resource countries, they don't have to imagine. In these settings, too many children grow up in overcrowded and unsanitary conditions with little or no access to vaccines and health care—a perfect staging ground for diseases to take hold and spread.  And as a result, too many die. Pneumonia and diarrhea alone kill nearly two million children combined each year, and the major causes of both are vaccine preventable.

Having experienced firsthand the efficiency with which disease travels among the children and adults at my son's daycare, I have gained an even more fervent appreciation for vaccines and their multifaceted ability to protect directly and indirectly against serious childhood diseases.  The sniffles that my son and I have passed back and forth to each other, though annoying, seem like blessings when juxtaposed with the fearful possibilities if we did not live in a well-vaccinated community. Herd immunity is just one of many compelling reasons why vaccination is so critical to public health in high- and low-income countries alike. As my young son gets older and starts begging me not to make him get shots at the doctor's office, I'm going to be strong and hold my ground because this is one area where I don't want him to get separated from the herd.