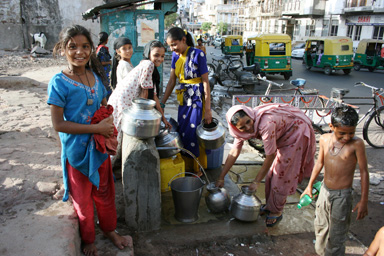 Planning for the WCPH began way back in 2013 when the IPHA Conference was hosted in Kolkata. Hectic planning and strategizing went into hosting the WCPH, with the theme of ‘Healthy People -Healthy Environment.' For India, the timing for the WCPH aligned the Government of India's gearing up to take up sanitation on a war footing. I have been associated with NICED for 17 years and for somebody who has conducted scientific research on enteric diseases, this was one of the most appropriate platforms to bring before the global public health fraternity the importance of the Clean India Campaign as envisaged by the Indian Government.

I was the Principal Investigator for the Indian site of the Global Enteric Multicenter Study (GEMS), which was conducted in Kolkata at NICED. GEMS was the largest study ever conducted on diarrheal diseases in developing countries, enrolling more than 20,000 children from seven sites across Asia and Africa and its results were disseminated in 2013.

This landmark study pinpointed the key causes of childhood diarrhea. In Kolkata, and in other similar GEMS sites, rotavirus was the commonest cause of moderate-to-severe diarrhea cases. Presentations at the enteric diseases sessions at WCPH emphasized the importance of proper sanitation to help countries tackle this high disease burden.

The importance of public health cannot be underscored enough. With India aligning with global leaders to work towards the eradication of polio and measles being next in line, there needs to be sharper planning around the one thing that has been pulling India back: open defecation.

In countries like India, an unhealthy environment continues to be responsible for the spread of communicable diseases. Over the past year, I worked with PATH's Japanese Encephalitis team and I have seen first-hand the horrifying possibilities of disease outbreak - once again linked to negligible or no attention paid to the direct relation of sanitations systems breakdowns and epidemics.

Having been a life member of IPHA since 1988 and presently the secretary general of the association, I and the members of IPHA were indeed privileged to have been able to host the 14th WCPH in Kolkata at such a meaningful time for public health in India.