How DefeatDD broke my poo taboo Skip to main content

How DefeatDD broke my poo taboo 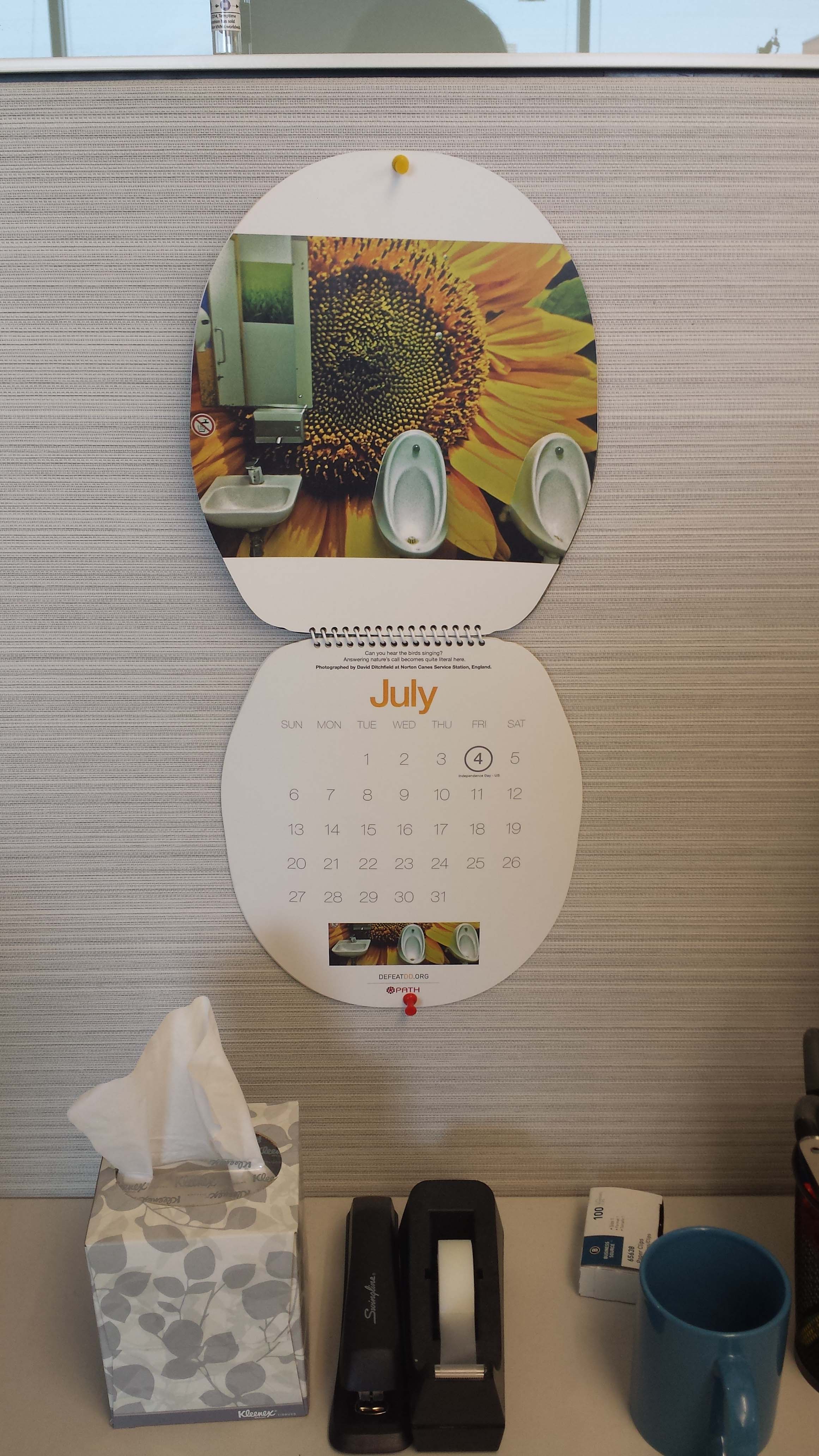 I joined the poo crew five short months ago, and I should have known immediately that these ladies love to talk about poop! My first clue should have been the picture of urinals on the calendar that hung in my cube. Instead, I thought to myself, “Well, that's kind of odd,” and proceeded to send pictures of my new desk to friends and family. Responses I got back were in the form of a surprised question: “Are those toilets on your wall?”

Yes, they were. It was a perfect conversation starter, and that was the point. I will be the first to tell you that I don't like poop. Everybody does it, few people talk about it, and that was fine by me. What I have since realized is that in order to create change, people need to talk about the issue, in this case diarrheal disease.

What I love about DefeatDD is the way they present information about diarrheal disease. They add in the human component and bring the statistics to life through powerful stories, like the series “Together against diarrhea.” The DefeatDD team also incorporates humor by creating funny videos like No bleep, producing toilet themed calendars, and sponsoring poo haiku contests, all aimed to get people talking about the issue. Their approach not only delivers the key facts, but gets people excited about spreading the word. It is creative, engaging, and informative—and it has broken my taboo on poo.

Today I still don't like poop, but for different reasons: because diarrheal disease is one of the leading killers of kids under five years old, because it is preventable and treatable, and because nobody should have to endure an experience like Jane's, a mother who tragically lost three children to diarrhea. As DefeatDD turns five years old this year, I can't help but wonder what they will come up with in the next five years, and how many people they will inspire to join the conversation on diarrheal disease, like they did with me. I am eagerly awaiting the arrival of my toilet calendar to hang proudly and prominently at my desk, all the while better equipped to answer those questions as to why toilets are on my wall.

-- Elayna Salak is a Program Assistant for the Vaccine Development Program at PATH.

Other posts in our DefeatDD fifth birthday celebration series:

-- What it means to be five. Allison's son, Nate, also turns five years old this year, and he taught his mom some important things about this big milestone.

-- Take this job - and LOVE it. Learn why our DefeatDD Director says she has the greatest job in the world.

-- From pneumonia to poo-monia. Lauren remembers when her job turned to shit (the fight against it, that is). Pnuemonia and diarrhea advocacy may not be an unlikely alliance after all.

-- DefeatDD is five years old! And we wouldn't be here without you!