The Great, the Good, the Glamorous ... and Ghana Skip to main content

The Great, the Good, the Glamorous ... and Ghana 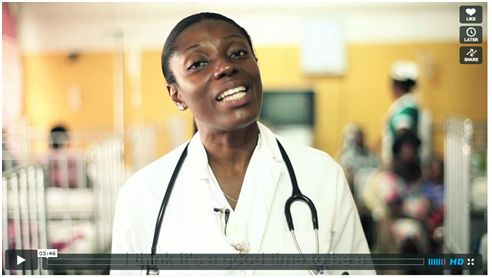 The Great, the Good and the Glamorous are gathering in Washington DC this week to talk about some really big issues affecting the world's poorest and most vulnerable children and adults.

Anyone who is anyone in Global Health and Development is in town.

Nobel prize winner President Ellen Johnson Sirleaf of Liberia and Malawi's President Joyce Banda top the bill at the Frontiers in Development Conference from 11-13 June and Hillary Clinton will kick things off at the Child Survival Call to Action from 14-15 June.

Mandy Moore, Christy Turlington Burns and Ben Affleck will add a little glamour but also a ton of heartfelt commitment. And, only slightly less exciting if you are a “development insider”, members of the GAVI Alliance Board will meet at the Capitol Hilton from 12-13 June to review progress since the historic GAVI Pledging Conference one year ago when generous donors made unprecedented commitments to childhood immunisation.

Of course, everyone is wondering if President Obama might even make an appearance? Now that would really help focus attention on important subjects like child and maternal mortality in the world's poorest countries.

To raise awareness about the huge number of children who die before they reach the age of five (7.6 million in 2010) (and because they are good sports), many of these global health advocates have sent photographs of themselves taken when they were five to USAID's excellent new website.

Even the media are getting in on the act with the likes of Judy Woodruff and Ray Suarez from PBS, Femi Oke of WNYC and CNN's Kaj Larsen bringing professional TV-style moderation in order to keep the debates focussed and strategic.

And as they sit in their various sessions at the Hilton and Georgetown University, The Great, the Good and the Glamorous will no doubt all be discussing and wondering “What does success really look like?”

It's a big question. But fortunately I know where they can find one answer at least.

It's in this short film produced for GAVI with help from PATH's communication expert Doune Porter about Ghana's ambitious and unprecedented introduction of two vaccines at once - vaccines that have the power to help protect against the two diseases (pneumonia and diarrhea) that kill more of the world's children before they reach their fifth birthday than any others.

So if, like so many people, you occasionally feel overwhelmed by the problems facing children and parents in the world's poorest countries, I encourage you to watch this film. It's guaranteed to vaccinate you against despair and give you some hope.

-- Dan Thomas is the Head of Media & Communication at the GAVI Alliance, a public-private global health partnership which aims to save children's lives and protect people's health by increasing access to immunisation in developing countries.

-- Keep tabs on the Call to Action event on Twitter and join the conversation at #5thBDay and #promise4children.

-- Show your support for child health with a snazzy Facebook banner photo.