The Global Health Community is Watching: Will President Obama be bold on maternal and child health at the US-Africa Leaders Summit? Skip to main content

The Global Health Community is Watching: Will President Obama be bold on maternal and child health at the US-Africa Leaders Summit? 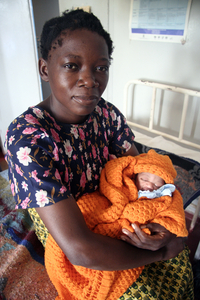 The first week in August, African Leaders - including about 50 heads of state, CEOs of multinational corporations and others - will meet in Washington, DC for the first (potentially annual) US-Africa Leaders Summit. The general focus of the summit is about fostering stronger ties between the US and African Nations, with an emphasis on the next generation.

Many topics will be addressed - trade, security, environment - and I will be watching closely to see how the Administration addresses global health , and specifically how the US government intends to use this platform to address shared goals of ending preventable maternal and child death in a generation.

There is no more important investment in the future health and stability of African than saving the lives of mothers and children.

In June of 2012, the United States Government, in partnership with leaders from around the world, committed to ending preventable maternal and child death in a generation. President Obama has since echoed this message through two consecutive State of the Union Addresses - the primary platform where the US President shares his policy priorities. On June 25th of this year, USAID released a new report, Acting on the Call, which outlines what progress is needed to save 15 million children and nearly 600,000 women by 2020. At the same time, USAID made several announcements on realigning resources and developing new partnerships toward reaching this goal.

USAID is making great strides, but with existing resources and commitments, we will not reach our targets. Action is needed by the President to truly accelerate the rate of progress - putting the weight of multiple agencies behind this goal and catalyzing financial resources to truly realize the full potential of American partnerships with African Nations in maternal and child health.

August 6th is a pivotal day. During this time, President Obama will stand on the stage with other heads of State and carve out his legacy for partnership with African nations. Will he use this platform to drive forward a White House driven agenda on maternal and child health? Will this be a key moment for turning the President's words into transformative action? Only time can tell.

I encourage my fellow advocates out there to be watching on social media and preparing to respond to any concrete actions laid forth.

o   Look for announcements made by Administrator Shah and participating heads of state.

·         Look for announcements by President Obama and other heads of state