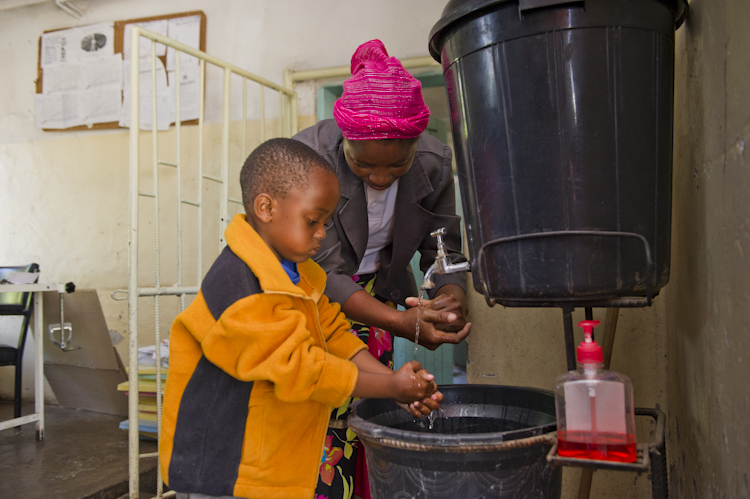 In February, the Global Public-Private Partnership for Handwashing hosted a Handwashing Behavior Change Think Tank. This event gathered handwashing experts from the public and private sectors to take stock of the best, identify the gaps, and articulate the way forward for handwashing behavior change. The Think Tank covered handwashing-related topics such as the latest research, determinants of handwashing, social norm formation, and the role of technology in handwashing. In addition to the participants in the room in Washington, D.C., we engaged with virtual participants around the world. We have two interesting findings we'd like to share here—one relating to the ‘software' or behavioral component of handwashing and the other focusing on the ‘hardware' or infrastructure component.

Social norms are a powerful behavioral motivator. A social norm is a rule by which group or community members abide. Ignoring a social norm could have consequences, such as social exclusion or censure. For example, if a community's social norm is that people do not smoke in the home, then an individual who visited a neighbor's home and smoked might be asked to stop, to leave, or perhaps would not be invited over again. A strong handwashing social norm can encourage and sustain improved handwashing behavior in a community. Social norms are inherently dependent upon the interaction of people; therefore, being alone or unobservable might decrease someone's propensity to abide by the norm.

This is a challenge for handwashing as it is often a private, hidden behavior. Research indicates that people are less likely to wash their hands with soap after using the restroom if they are alone in the restroom and unable to be observed by a peer. In fact, there is evidence that even the illusion of being watched can improve handwashing behavior. Some programs have actually put cartoon eye stickers on the wall near handwashing facilities to cue people to wash their hands. Making this typically private act a public one can increase handwashing frequency. As a result, Think Tank participants were challenged to consider how we can make handwashing more visible as a way to foster a strong handwashing social norm.

Another area of interest to participants was regarding the ‘hardware' component of handwashing behavior change, which includes water, soap, and a device for washing hands. There was broad agreement that while building and installing handwashing devices won't lead to handwashing behavior alone, it is a vital part of changing behavior and one that we should focus on as a sector.

If there is no affordable, durable, and attractive device available for handwashing, it is likely to be a difficult behavior to sustain. Tippy-Taps are an easy “small doable action” that can facilitate handwashing initially, but according to findings presented at the Think Tank, Tippy-Taps often don't last and are not used after a few months. In Kenya and Cambodia, two new, more durable commercial handwashing devices are being tested in the market. We will track the progress of these devices in the coming months and years to see if similar commercial devices are viable alternatives in other markets.