Building the evidence base for an endemic cholera vaccine in Bangladesh 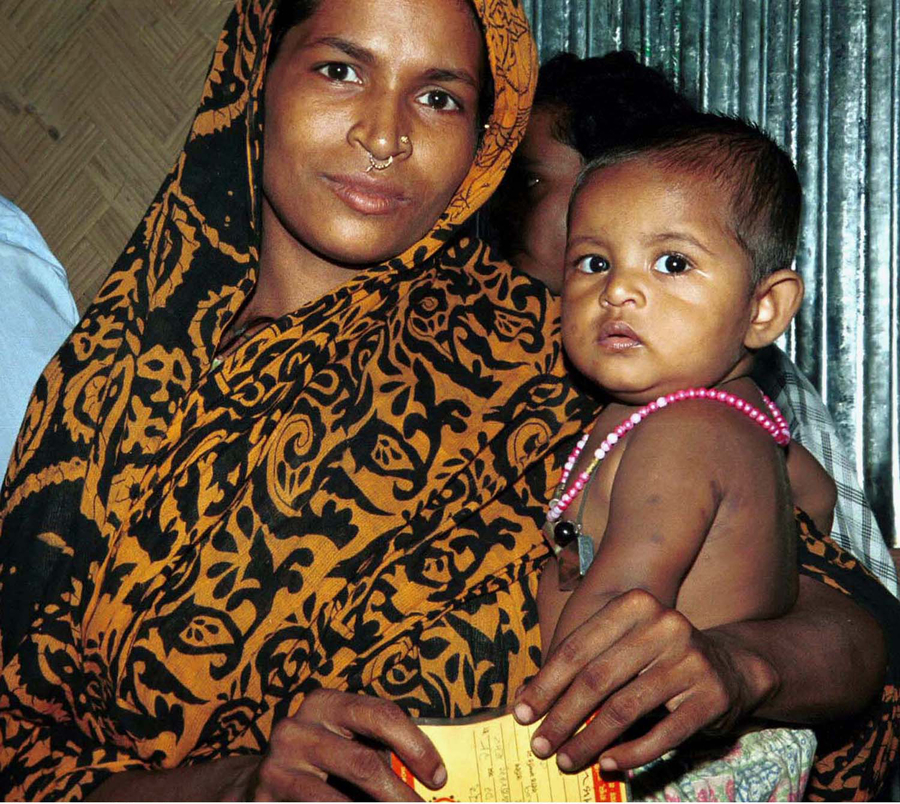 Outbreak and emergency situations often raise the specter of cholera and the very real danger it poses. But many communities throughout the world also face the silent, but no less deadly, burden of endemic cholera. Earlier this year, results from a groundbreaking study showed the promise and potential of using cholera vaccines for prevention in endemic settings. DefeatDD talked with Dr. John Clemens, Executive Director of icddr,b, which conducted this large scale study in Dhaka, Bangladesh.

This study was unique in its focus on preventing endemic disease, as opposed to halting the outbreaks we commonly associate with cholera. Tell us about the vaccine and the study findings.

The vaccine we studied, Shancol, was developed by the International Vaccine Institute in Korea, Vabiotech in Vietnam, and Shantha Biotech in India, where it has been licensed since 2009. It was created with the intent of affordability, with a low cost-of-goods, and logistic adaptability to the challenging conditions that often occur in cholera epidemics. It is now prequalified by the World Health Organization and is the basis for a stockpile of oral cholera vaccines.

The predominant use of the stockpile has been for outbreaks, yet over 90 percent of the global cholera burden is endemic disease. As is the very nature of endemicity, endemic cholera has a tendency to become perceived as a part of daily life, and does not attract the international attention that outbreaks attract. Shanchol has been very useful in outbreak settings, very feasibly administered and impactful. So we evaluated the vaccine to determine if it is also feasible and impactful when deployed against endemic cholera in an urban, endemic setting.

The endemic cholera burden in an urban, highly populated area like Dhaka must be quite significant.

It is a tremendous burden in Bangladesh. Even though many of the modern approaches to the treatment of diarrhea and cholera were developed here, there are several hundred thousand cases of clinically significant cholera per year, and deaths in the thousands. And in urban areas, cholera burden is growing. Rural populations are moving to the city in great numbers and creating urban squatter settlements that are densely populated, with living conditions that allow diseases like cholera to thrive.

With endemic disease throughout the population, who is the vaccine's target populaton?

Endemic cholera affects all age groups, although it occurs with higher incidence in children. The current thinking is that to immunize pre-emptively against predictable endemic cholera, programs might focus on children under the age of 15 or even an entire population, depending on the strategy that provides the needed level of protection for the population. We are planning to undertake a project with this same vaccine in urban Bangladesh to determine which is the most high-impact, cost-effective, and feasible strategy.

The vaccine is given in two doses, and re-immunization would be required three or up to five years later, depending on the age group. Young children probably will require three-year boosters. Older people seem to be protected longer, to at least five years.

What is the timeline for potentially using this vaccine for pre-emptive protection in endemic communities?

Our project aims to provide the evidence the Government of Bangladesh needs to move forward in deciding whether to incorporate cholera vaccination against endemic disease. The project is two years in duration, and we hope that by its end, we would see decisions about vaccine introduction to be made soon thereafter.

This is very exciting. People have been talking about using oral cholera vaccine in Bangladesh for many years. 30 years ago, icddr,b conducted the world's first  field trial of the  efficacy of an oral cholera vaccine against endemic chollera, and there has always been hope that such a vaccine could transition into programs to control the endemic problem, especially among the poor.

So why the gap? What happened in those 30 years that we are only now coming closer to this strategy?

The vaccine that was licensed based on the 1980s field trial was safe and effective, but proved too costly for developing-country programs. Also, because it had to be given with a liquid buffer, it was challenging to administer in some settings. As well, there has been a historical tension between those favoring vaccine strategies and those focusing on controlling cholera through traditional means like improved water and hygiene and improved treatment. Of course in an outbreak, treatment is priority number one.

We have come to realize that, clearly, improved water and sanitation are the ultimate solution to preventing cholera. And vaccines are just one tool to be considered in concert with other approaches. But achievement of the levels of improvement in WASH per se that would be necessary to control cholera is probably not a near-term goal. Urbanization, for example, creates even more challenges for delivering clean water, providing good sanitation, and changing hygienic behaviors. So now there is widespread agreement that we ought to be thinking about using every tool in our toolbox to prevent cholera. In fact, there are good theoretical reasons to believe that even provision of WASH at a level that is not sufficient to control cholera may enhance the performance of oral cholera  vaccine. There's inherent synergy between these two approaches.

This study was quite large, with 250,000 subjects. Is it typical for icddr,b to conduct studies at this scale? What are the keys to success?

icddrb has a history of conducting very large studies, but this is the largest vaccine study that we have ever undertaken. Proper training, supervision, and quality control are always important. But an essential component is having trusting relationships with the community. Community trust is absolutely essential. And that has been a hallmark of icddrb's work, being able to develop these relationships over the long term.

You've worked in diarrhea research, in Bangladesh, and with iccddr,b for quite a long time. What do the results of this study mean for you?

The results of this study indicate clearly that the evidence base for moving ahead in vaccinating against endemic cholera is now nearly complete. It's a very important step forward.