A better way to wash your hands Skip to main content

A better way to wash your hands 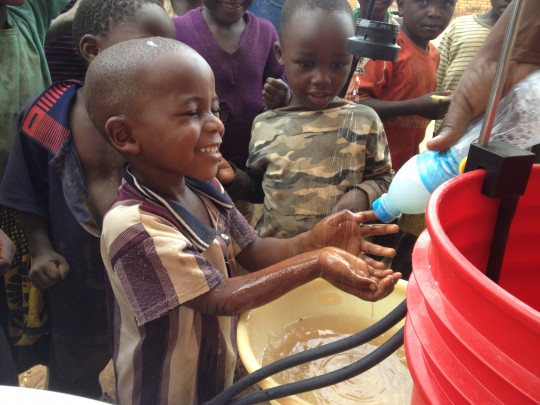 Originally posted on the PATH blog

Think about how you wash your hands. Are you happy with the process?

If you live in a place where scented soap and warm water spurt from sink-side dispensers, your answer is probably fairly rote. Hand-washing? No complaints. If you live where water, soap, and sinks are less common, though, your response may be more thoughtful.

“They would like to be able to wash both hands at the same time,” says PATH's Jesse Schubert, who lately has been asking people in Tanzanian villages what could make their hand-washing time more satisfying. “They'd like flowing water, and they'd like the hand-washing station to be secured to a wall or a post, so the kids can't mess with it and break it.”

Today is Global Handwashing Day, and Jesse and his US- and Tanzania-based team are spending it analyzing what they learned from their latest trip to two villages that are serving as a kind of hand-washing research center. The team's objective is to design a hand-washing station that enables and motivates people to wash their hands. You can see more photos of their trip on our Facebook page. 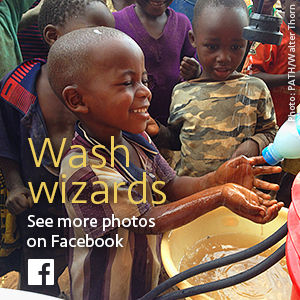 Washing your hands with soap is a simple and inexpensive way to reduce the risk of contracting many illnesses. Two of the intervention's biggest targets are diarrhea and respiratory tract infections, such as pneumonia. Together, pneumonia and diarrheal disease kill 2 million children a year; they are the leading causes of death for children from birth to age five. Studies have found that washing hands with soap can cut the chances of getting diarrhea by nearly half and the risk of respiratory infections by almost a quarter.

For the PATH team, developing the concept for a successful hand-washing station is a process. It starts with watching people wash their hands—in Tanzania, Jesse says, that often means scooping water from a bucket or basin to wash one hand followed by the other—then asking how the experience could be better and more effective. The team takes that information and brainstorms concepts, builds prototypes, tests them out in Tanzania, and then asks more questions, in part to find out what's essential to people and how much they'd be willing to pay to get it. Foot-activated stations, such as this one, were the most popular with testers. Photo: PATH/Jesse Schubert.

“To us, a pressurized delivery system makes sense because that's what we're used to feeling,” Walter  explains. “But to someone in rural Tanzania who's used to a small basin of water, pressurized water may cause too much splashing.”

Not by technology alone

Developing a successful concept—and eventually a successful product—takes more than asking people what they want. The team has been meeting with other international health and development organizations that work in water, sanitation, and hygiene as well as Ministry of Health representatives and potential product manufacturers to find out how we might work together.

“Just as with all PATH projects, we know that the technology is only a part of it,” Jesse says. “There's policy, there's education, there's getting the device made, and there's setting up the distribution channels—who's going to move it to the places it needs to get so people can buy it?

“We want to do all of that upfront to get people on board,” he continues.  “And all of those things could influence the design of a hand-washing station that people will want to use.”