Arming journalists to join the battle against diarrheal diseases 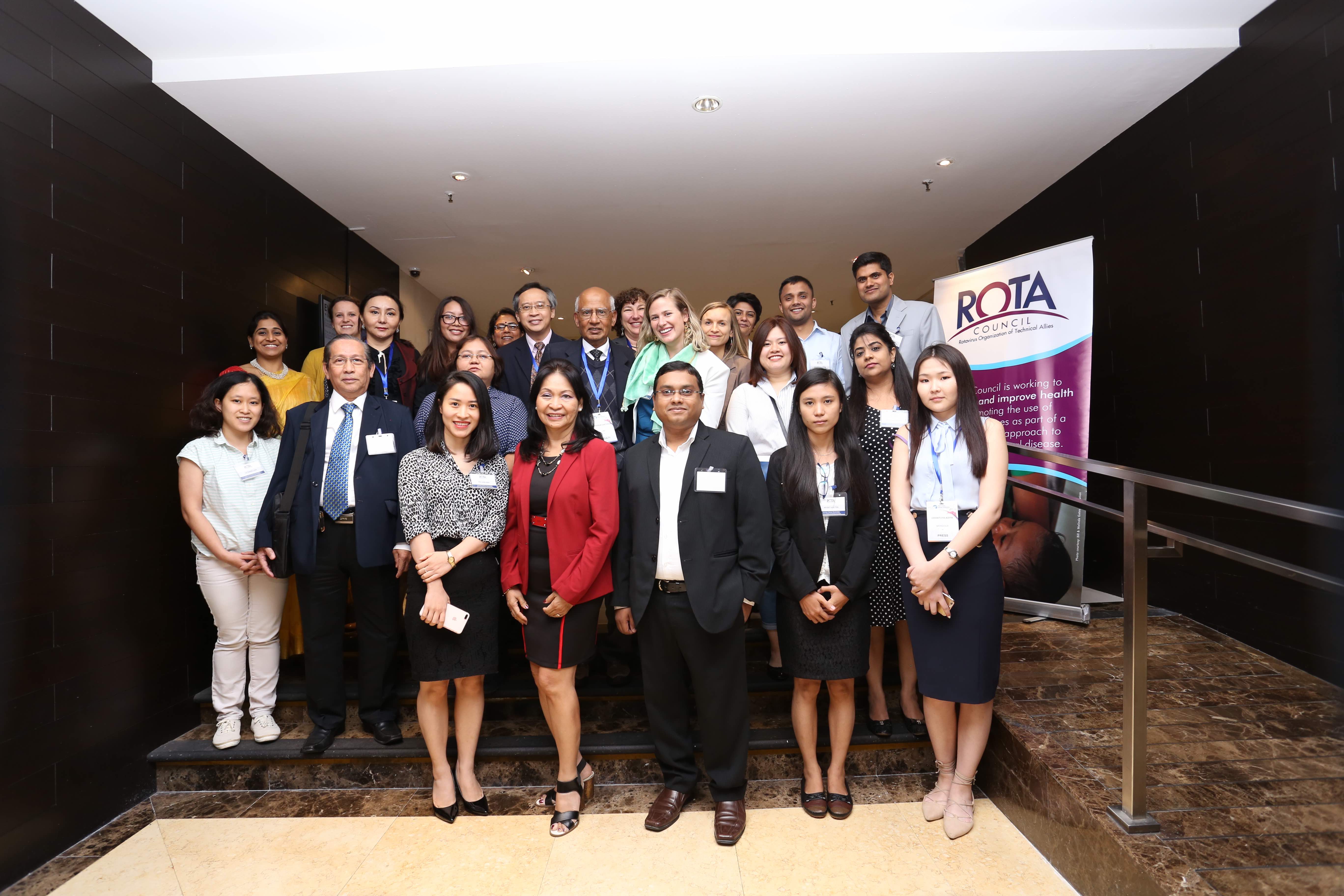 Back in 2000, when the Indian newspaper the Hindustan Times launched its Bhopal edition and I joined the team, I quickly learned about the importance of ‘local’ editions and the challenge of hunting out stories that would resonate with readers in the city and its adjoining districts. The Hindustan Times was launching this edition in an area that already established Hindi editions of other newspapers.

When I recently attended the ROTA Council’s session on rotavirus and the role of the media, in a room with journalists from Bangladesh, Nepal, Vietnam, Mongolia, Philippines and Myanmar, it seemed to me that I walked back in time to my past life as a journalist. This group of journalists who attended this satellite session during the 6th Asian Vaccine Conference in Singapore had access to the world’s leading voices on diarrheal diseases. The global resources were available, the experts were present to answer questions, yet there seemed to be two challenges: how do journalists nail a story to their region, and how do they keep diarrhea upfront as news?

The survey before the meeting revealed that journalists were interested in getting information on issues such as health insurance, health policy, sustainable funding for vaccines in low-resource nations, vaccine hesitancy, zinc, and other topics not necessarily directly related to diarrhea.

While one senior journalist from Myanmar seemed very sure that there were no challenges related to reporting on diarrhea in his country, the discussions did raise pertinent points. A journalist pointed out that her newsroom was surprised she was travelling to a conference to learn about diarrhea! Another journalist, when probed, confessed that the only time a diarrhea-related story would make it to the front pages in his country was when it was about deaths. Another journalist pointed out that in her country there was a genuine need to talk to readers about treatment of diarrhea.

Journalists in the Southeast Asian region also face similar challenges that Indian journalists do on a daily basis: they have multiple beats. If they do not have the resources to complete a story – the right regional information, the quote from the official that matters in time, etc. – it is challenging for them to keep the story going.

Interestingly, as I learnt in the session too, Asia in not lagging in surveillance evidence on diarrheal diseases. In fact, it has a few of the world’s best minds at work. While diarrheal diseases became a political movement in Africa because of the high number of deaths, in Asian countries where there is highest incidence (but not necessarily deaths), there seems to be sluggish movement on the introduction of rotavirus vaccine, which has proved to save lives in the prevention of severe diarrhea.

The task ahead for these journalists will continue to be challenging.  They will have to keep tabs if their country is ready to introduce a new vaccine, learn the relevant networks and local advocates, and find a way to establish transparent information sharing.  Journalists also need to find access to stories that establish the evidence that repeated episodes of diarrhea has long-term consequences on a child’s growth and cognitive development. Having interacted with global experts, it’s handy for the journalists to keep the global disease burden estimates easily accessible.

It is also important for partners to work together to proactively ensure that journalists have the appropriate data in hand, the right country-level information to cobble up contacts and understand the dynamics that these countries face when they have to weigh their options for the introduction of a new vaccine.

It’s not going to be easy at all, as I recently realized when I approached a journalist in Delhi with the diarrhea story and its long-term impact. She replied, “Take me to a family where the child has died of diarrhea and the death certificate says so!”

For more information, read ROTA council's post: What 11 journalists taught me about diarrhea