Throwing it back: Before we had rotavirus vaccines 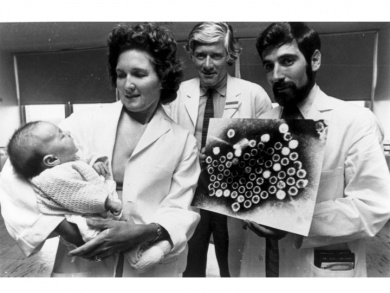 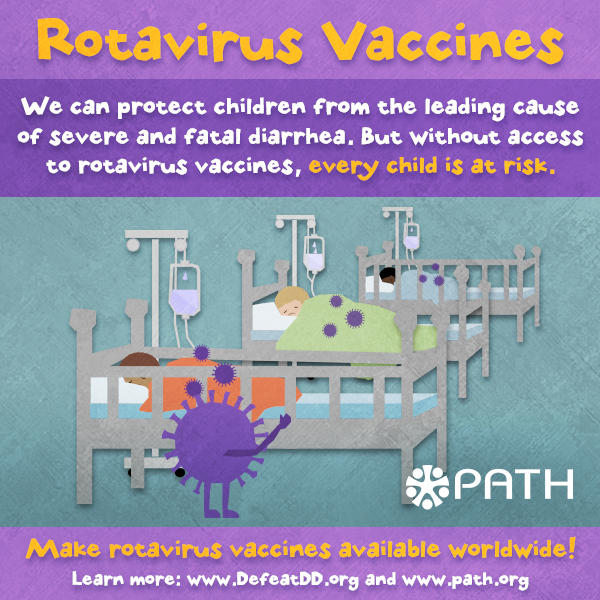 When I started working in rotavirus vaccine development and delivery at PATH five years ago, the estimated number of child deaths due to rotavirus diarrhea was 453,000 – more than double what it is today! We’ve come a long way with rotavirus prevention and control in that time period, and when you look back even further, the progress is astounding.

Rotavirus, a small wheel-shaped virus that infects young children and causes severe diarrhea, was first discovered in 1973 by scientist Ruth Bishop from the Murdoch Children’s Research Institute in Melbourne, Australia. It is estimated that, at that time, more than 500,000 children worldwide died from rotavirus diarrhea every year. Rotavirus doesn’t respond to antibiotics or other drugs, improvements in water, sanitation, and hygiene, or other methods used to treat other forms of diarrhea, which is why it is referred to as a “democratic” virus—it infects every child in every country worldwide, regardless of wealth and development status. In high-income countries, most infected children are able to access emergency IV fluids at a hospital, so rotavirus is rarely fatal in places like the United States and Europe. In many low-income settings without access to oral rehydration solution or IV fluids, however, rotavirus can become a death sentence. The economic burden of rotavirus disease on families can be severe, too. Scientists knew that vaccines would be the best solution to prevent rotavirus infection and its deadly diarrhea.

Rotavirus vaccine became the first ever vaccine introduced in a low-income country the same year as the industrialized world.

One day, in the 1990s, Bill Gates read an article about rotavirus and its incredible burden of death and disease worldwide. He had never heard of rotavirus before, and thought, “That can’t be right. I read the news all the time. I read about plane crashes and freak accidents. Where is the news about these half-million kids dying?”

Rotavirus vaccines and diarrheal disease
PATH developed these messages for use by anyone interested in communicating the impact of diarrhea on the health and development of children and families around the world.

Finally, in 2006, rotavirus vaccines were introduced for the first time in both the US and Nicaragua! It was the first ever vaccine introduced in a low-income country the same year as the industrialized world. At that point, the World Health Organization (WHO) had recommended rotavirus vaccines only in the Americas and Europe since there wasn’t enough evidence of the vaccines’ effectiveness from Africa and Asia. PATH and partners helped change that by conducting clinical effectiveness study in Malawi, South Africa, and Bangladesh. Based on that evidence, in 2009, WHO made an exciting announcement: rotavirus vaccines are recommended for use in ALL countries worldwide!

Since then, rotavirus vaccines have been introduced nationally in more than 90 countries and counting – including 60% of countries in sub-Saharan Africa. While Asia has lagged behind Africa in introductions, that is starting to change—Afghanistan just introduced in January after a country-led analysis predicted big impact. They’ve shown tremendous impact in reducing deaths and hospitalizations in the countries where they’ve been introduced.

However, two-thirds of children worldwide still lack access to rotavirus vaccines. One way to improve access, in addition to raising awareness and advocating for countries to introduce existing vaccines, is to expand the market with new rotavirus vaccines. By developing more rotavirus vaccines that can be distributed globally, we can lower costs, improve supply, and give countries more options. With new vaccines like the India-made, low-cost ROTAVAC now available and others in the pipeline, we’re very optimistic about the future! 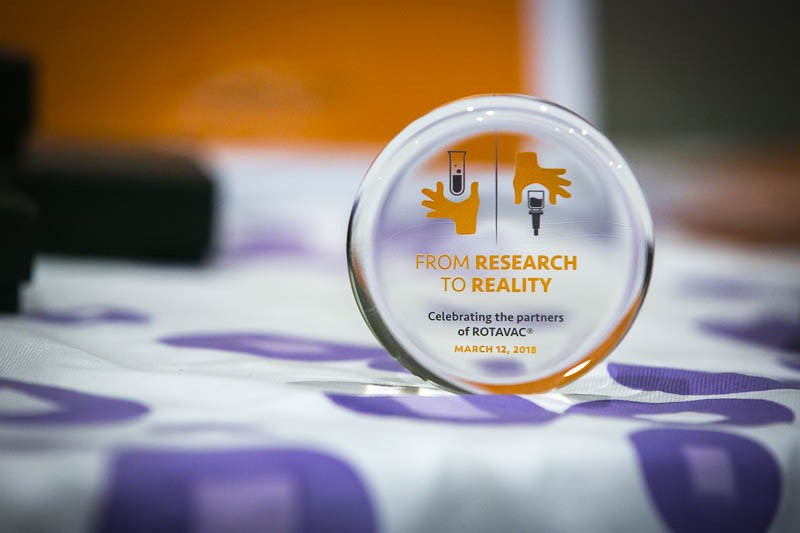 Celebrating ROTAVAC: a rotavirus vaccine success story for India and the world
The ROTAVAC® story

It’s been fun to look back on how far we’ve come to tackle rotavirus over the years. We know vaccines work, but rotavirus still kills around 200,000 kids every year and steals precious time from children and families who get infected. We need to continue working together to improve vaccine effectiveness, reach every child, and integrate solutions to defeat diarrheal disease caused by all pathogens.