Three cheers for women in science! Get to know a few superwomen of rotavirus research and their special talents and inspirations, from fellow scientists to Mary Poppins to Thor. 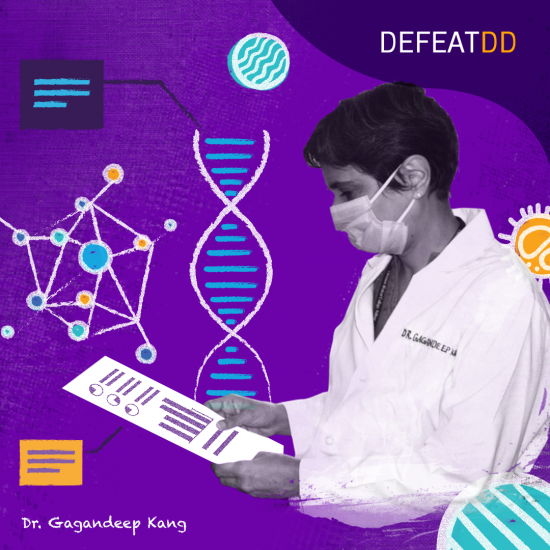 Superpowers: Microbiology, with a focus on enteric infections in children, surveillance, and modes of transmission

Stretching time. Too much to do in India and other similar places, not enough people, and not enough time!

Mary Estes, Ada Yonath—strong women, stronger scientists, not afraid of challenges, ready to take on and make new tools and persist in the search for answers to difficult questions.

The first time I tested a green stool having predicted it would be rotavirus—and it was.

Going to a meeting of the DSMB where the ROTAVAC® trial results would be unblinded, we were all nervous and placing bets on whether the vaccine would work, and if it did, what the efficacy would be. You can imagine the relief when we saw the results and knew that we finally had a made-in-India vaccine that could and would save children and protect families from emotional and economic hardship. 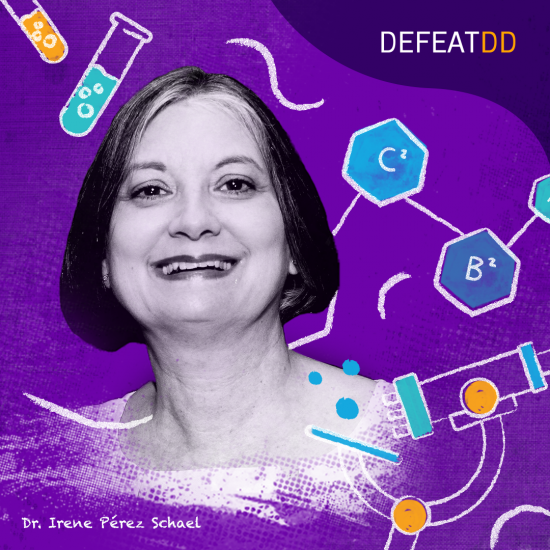 If I had power and money, I would invest in health and education, because health plays an enormous role in population development and because, without education, NO one can reach desired development.

The first is Dr. Albert Kapikian, the father of viral gastroenteritis and the creator of the first licensed rotavirus vaccine. He was passionate about improving the health of children and was a brilliant mentor and guide for my scientific career. The second is Dr. Roger Glass, an indefatigable and exceptional scientist who purses collaborative work among all investigators on the planet. He has been the bridge between the discovery and development of rotavirus vaccine and the people who most need it. My last hero is Bill Gates, who has changed the world’s public health.

I had the fortune to be involved in two milestones of rotavirus vaccine history. When the efficacy results of RotaShield® in Venezuela were published in 1997, for the first time, a rotavirus vaccine was found highly efficacious in a developing country. But then the vaccine was withdrawn, and we needed to start again. The second milestone occurred when the results of Rotarix® were published in 2006. This vaccine has had a tremendous impact on mortality and morbidity in the countries where it has been introduced, many in Latin America.

The history of rotavirus vaccine is full of advances and setbacks but also lessons, achievements, and opportunities for humankind and the scientific community, particularly in developing countries. It is a tribute to scientific creation, risk-taking, and the disciplined work of many actors pursuing wellbeing and social justice for children. 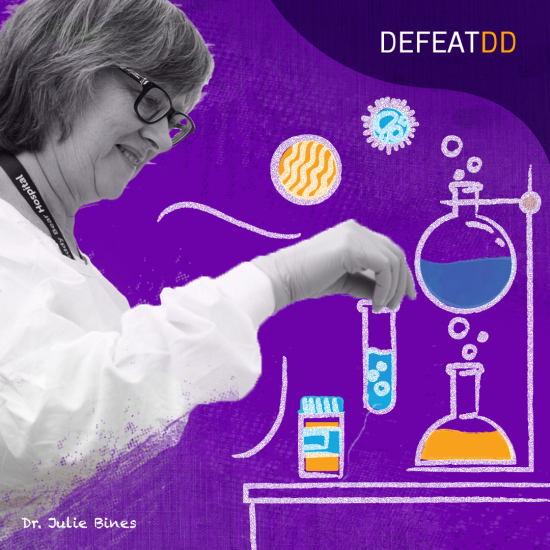 I would be an “Inequity buster” or “suffering stopper.” Why? There is so much inequity in the world that impacts on the future of the children—I would like to see that children did not have to suffer from disease and cruelty and to all have the best opportunity to lead a productive and fulfilling life.

Of course Ruth Bishop—but the real heroes are the mothers of the world who nurture and care for their children sometimes in the face of amazing adversity.

Backpacking through Africa and Asia, seeing first hand how hard life can be and seeing so many children suffer from preventable and treatable conditions.

A “flashmob” of over 300 village midwives celebrating the completion of recruitment in the RV3 Indonesian trial. 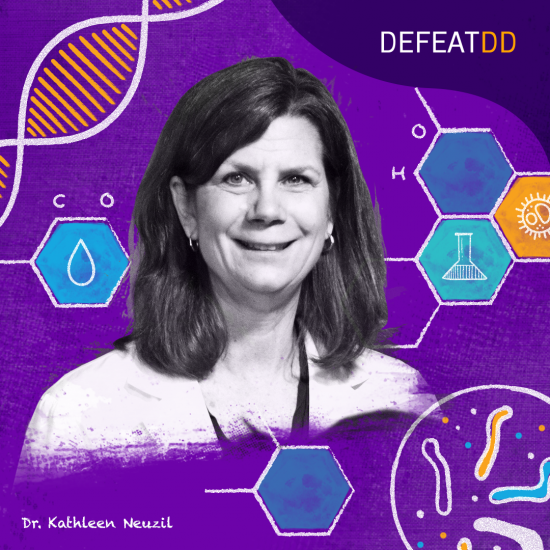 Teleportation! This would allow me to never miss family events or my children's school activities and sports events while still traveling the world to continue my global health work, which is such an honor and privilege for me.

The moment was in medical school, on my pediatric rotation, when I saw a 2-year-old girl with Hib meningitis and realized the potential for vaccines to prevent this devastating illness.

I attended the rotavirus vaccine launch in Mali in 2014.  I celebrated with colleagues, mothers, and government officials as the first infants in one of the poorest countries in the world received this lifesaving vaccine. 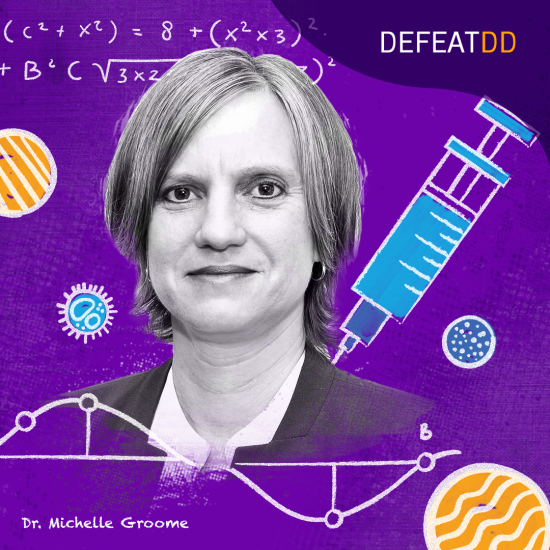 Multiple elastic arms so that I could really multitask. Juggling a career, husband, and three daughters takes some doing. With extra pairs of elastic arms I could make supper while answering emails and help with homework all at the same time! I could then be “Super Mom/Wife/Vaccinologist.” Additionally, teleporting would be great when I am travelling internationally and will cut out all the transatlantic flights. Can also “pop” home to say night to the family and be back in no time.

Favorite superhero: Thor (for obvious reasons). But seriously, South Africa is privileged to have several strong women in vaccine research, for example, Professor Helen Rees and Professor Glenda Gray. Both of them have made a significant contribution to the fight against HIV/AIDS in South Africa and are internationally known for their research. They truly inspire younger researchers, especially women, to achieve similar international recognition.
And as a runner, I must also mention a non-research heroine – Zola Budd, a South African runner who participated in the 1984 Olympic Games. I still remember watching the race. Although she may only be remembered by some as the person who “tripped” Mary Decker, she was a phenomenal athlete and is still competing in events, even at age 50. An inspiration.

My favorite memory is the 8th African Rotavirus Symposium, which was held in June 2014 in Zambia. The setting was amazing, with the hotel right next to the Victoria Falls. Although the hotel warned that you may get wet when going to view the falls (I took this to mean there will be a light spray), I was not quite prepared for the enormity of the falls, which was more like being in a torrential downpour! The conference was great with many excellent speakers, and I had the chance to speak with Roger, Duncan, and Umesh about my current work and future aspirations. This impacted me greatly. 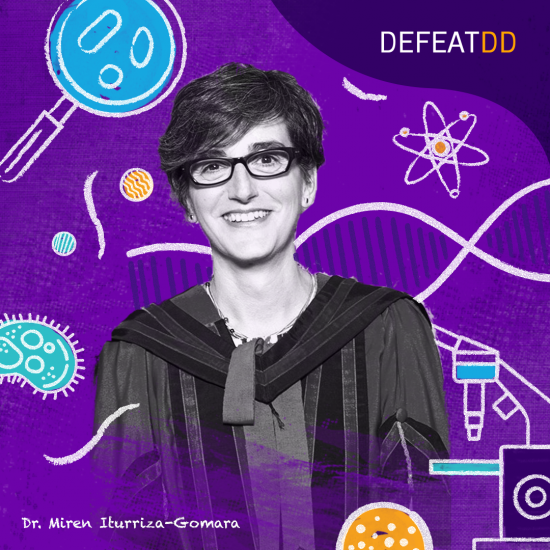 I have always been jealous of Mary Poppins’s powers… turning grumpy people into happy souls… I can see how applying this power on many of the current political leaders may go a long way to start reverting the current feeling of global mistrust and confrontation. Of course, I also would like to use her powers for tidying up effortlessly and to travel into imaginary worlds with my family and friends.

Many, but thinking of translating research and scientific developments into tangible outcomes, it has to be the people on the ground. I am full of admiration for the many health workers who work tirelessly to bring relief to millions of disadvantaged people living the poorest and most challenging regions of the world, and without whom interventions such as vaccination campaigns would just not be possible.

As far as I can remember, I always wanted to work in a laboratory. I fell in love with virology as an undergraduate student, and my interest in virology led me to work on rotaviruses. During my PhD in the UK I also had the opportunity to meet and work with scientists in India, where the burden of disease and the need for a rotavirus vaccine were so overwhelming.