Who gives a crap? These guys do! Skip to main content

Who gives a crap? These guys do!

Simon Griffiths
Who Gives a Crap? 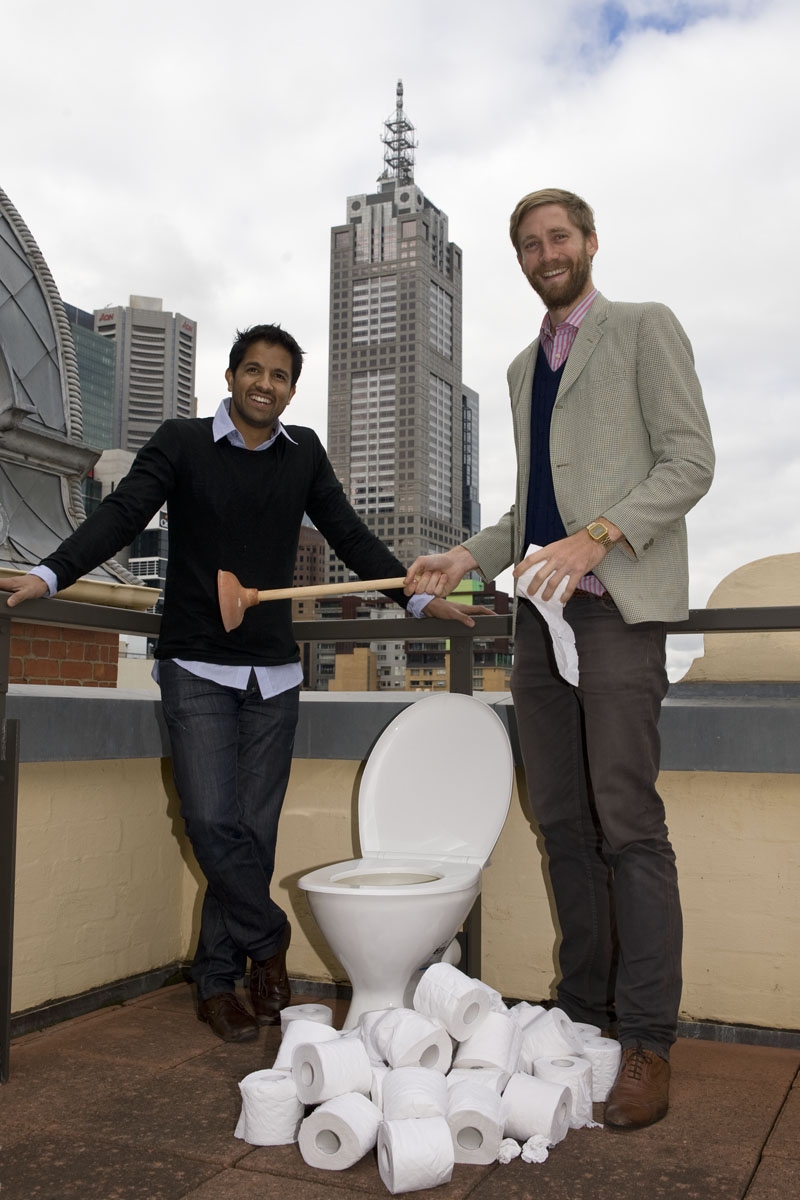 The sanitation problem is huge - if you're reading this blog you're probably well aware that 2.5 billion people, or one in three people in the entire world, don't have access to a clean toilet. That leads to a hell of a lot of diarrhea-related disease, which ultimately fills half of the hospital beds in sub-Saharan Africa. What's worse is that this problem is not being solved very quickly. At current rates of improvement, global sanitation won't be achieved until around 2075.

A couple of friends and I thought that was pretty crappy, so in July this year we launched a new brand of toilet paper called Who Gives A Crap. Our product is an environmentally friendly toilet paper that uses 50% of its profits to build toilets in the developing world.

Our launch involved pre-selling $50,000 of product via the IndieGoGo crowdfunding platform.  To help things along, I agreed to sit on a toilet on a live webfeed until we hit the $50k target. The campaign went viral, and we hit our $50,000 target in 50 hours. You can still see our campaign here. We're now expecting to have our full online store open next month, which is really exciting!

People often ask why we created Who Gives A Crap. When I look back now, I realise that it was for three reasons:

-- First and foremost, we wanted to build toilets and improve sanitation in the developing world. We wanted to start chipping away at that 2.5 billion figure.

-- Secondly, we knew that the vast majority of people don't understand the size of the sanitation issue or why it is so problematic. We realized that a major reason for this is that no one wants to talk about toilets - they're dirty and disgusting. Toilets just aren't sexy!  We saw a tongue in cheek opportunity to bypass the taboo by making sanitation fun.

-- Finally, we felt that society was reaching its donation saturation point - that the amount of money being donated was hitting a glass ceiling. We thought it was necessary to revisit the way that social impact is funded. We wanted to create an opportunity for people to make a difference without donating more, or changing what they do everyday.

Today is World Toilet Day! Yep, there is a World Toilet Day. It started 11 years ago to help create conversation around the importance of sanitation. Unfortunately, even after 11 years, we've still got a long way to go. So maybe at some point today, take a couple of minutes to think about what you might be able to do to help speed things up. You don't have to start a toilet paper company - sometimes creating change can be as simple as switching the products that you buy.