What I wish more people knew about vaccination 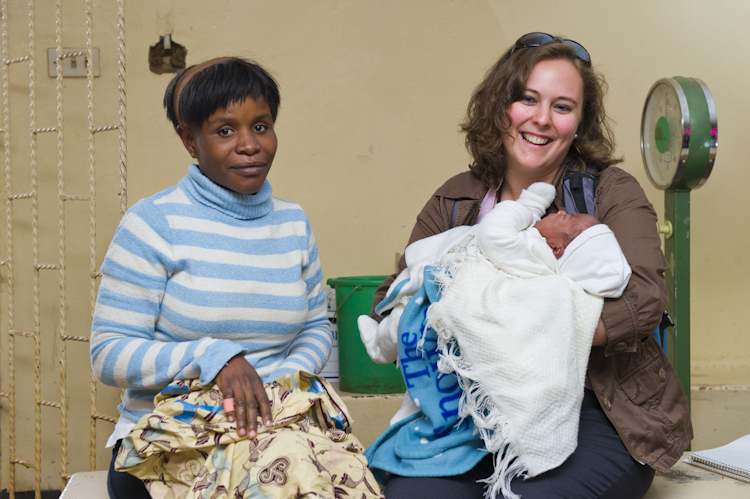 A full-circle moment in Lusaka, Zambia: all the charts and figures and advocacy campaigns for rotavirus vaccines had been on behalf of children like Vusi. Photo: PATH/Gareth Bentley.

When I hear people in the United States express skepticism about vaccines, I can’t help but think of parents in places like Zambia who unflinchingly make a half-day’s journey (on foot) to ensure their children get vaccinated against the diseases that have claimed the lives of those they’ve loved.

I think of Teresa, the ebullient schoolteacher I met in Lusaka, who smiled in knowing satisfaction as 11-month-old Vusi received protection against the illness that nearly claimed his sibling’s life.

I wish the skeptics could read the stories of slashed hospitalizations and child mortality rates that I read every day. But most importantly, I wish they could see that the story of vaccine data is the story of Teresa and Vusi repeated millions of times over.

I’ve learned a lot about vaccination and its impact while working on global health issues for the past decade. This is my attempt to share a few things I wish more people knew as they consider the evidence, including: the key principles of the scientific process, the role of financial motivation, and the global impact of vaccination using the story of rotavirus vaccines.

How science gets made

And it’s because of science’s premium on repeatability and consistency that I don’t put stock in anti-vaccine arguments. They don’t represent strong, meaningful patterns for the largest groups of people. The patterns tell an unequivocal story: that vaccines work, that the benefits far outweigh the risks (the whole point is to prevent illness, after all), and that they save lives.

If it feels like there’s more of a debate about it than there actually is, it’s because social media has given a tiny handful of nay-sayers an unprecedented megaphone for noise-making. Every scientific study should be part of a larger conversation with other studies that have come before it, and the stories that vaccine opponents tell are called unscientific because they are decidedly myopic and misleading. In the ecosystem of research, when there is a study that results in an about-face departure from the collected body of knowledge, it must have a compelling reason for revisiting the empirical analysis of its predecessors. And vaccine opponents lack this rigorous and scientifically convincing argument.

When anti-vaccine content isn’t wholly inaccurate — and it often is — its trademark fallacies include taking numbers at one-dimensional face value; improperly interpreting them out of the context; and forgoing the analysis upon which good science depends.

Anti-vaccine arguments fail to provide a scientific rationale for changing the tone of the broader conversation about vaccination, closing their ears to the crescendo of other studies that drown it out.

It’s important to understand that not all stories about data are created equal. It’s crucial to do due diligence to assess scientific integrity.

What about financial motivation?

Many people worry that vaccine safety and efficacy data are falsified by pharmaceutical companies in an attempt to make money, but my work in global health has given me a unique perspective on this matter. PATH helps develop and deliver vaccines for countries that can’t pay for them, vaccines where there’s little profit to be had. Greed as a motivating factor is removed from this equation, so we can take that argument completely off the table.

The reason the argument exists in the first place stems from the accusation that vaccines don’t actually make an impact. But I know that funders of global health with a sharp eye for return-on-investment wouldn’t pony up the funds for tools that don’t deliver. In fact, funders love vaccines because they are among the best buys in global health, and their impact is comparatively simple to measure and prove (program monitoring and evaluation is a huge part of what we do). Funders know it’s worth their money to get vaccines to communities where these tools can make the greatest impact, and they will use their contributions to shape the market to make it so.

The global vaccine success story I know best is rotavirus vaccines, which became available in 2006. Rotavirus is the most lethal form of severe childhood diarrhea. The virus exists everywhere, even in the United States and other areas with strong water and sanitation infrastructure. Children here rarely die from rotavirus, but before the vaccines, hospitalizations were not uncommon because of the severe dehydration the virus causes. In poor countries today, children still frequently die from rotavirus when they lack access to vaccines or medical treatment. It was severe diarrhea, quite possibly rotavirus, that almost claimed the life of Teresa’s eldest child.

Access to medicine (oral rehydration solution and zinc tablets) has helped prevent deaths from rotavirus — yet often at great cost. Transportation and treatment expenses as well as a parent’s time away from work can financially drain a family. When our children fall ill in the United States, we often don’t need to factor these economic costs into our decisions. It’s impossible to overstate the power of vaccines for a woman like Teresa in Lusaka, Zambia. These are the kinds of variables health economists consider when forming a cost-effectiveness analysis for policymakers.

As more and more low-income countries introduce the vaccine, study after study shows a decrease in diarrhea-related hospitalizations that, given the time frame, can only be due to the vaccine introduction rather than increased access to medical treatment. Rwanda and Malawi are a couple of examples among many.

Vaccine skeptics note that deaths from vaccine-targeted illnesses in the United States were already on the downward trend when vaccines against them were introduced, as though death is the only thing from which we want to protect our children. I think it’s because vaccines have worked almost too well, going so far as to inoculate our memory of the horror wrought by vaccine-preventable illnesses: paralysis from polio, hearing loss from measles or Hib, infertility from mumps, immune system amnesia from measles, or even a week with the flu. Who wants to see their child suffer through that? The list goes on and on.

If efficacy is one side of the resistance coin, safety is another. Rather than take on each of those arguments point by point, I’m including a couple of my favorite entries from PATH’s Vaccine Resource Library at the end of this article that address concerns about toxic ingredients (did you know our bodies actually make formaldehyde as part of a natural metabolic process?) and side effects (if the fear of being struck by lightning doesn’t keep you awake at night, the fear of vaccine side-effect risk shouldn’t, either, because it’s much less likely than getting fried by a lightning bolt). I recommend finding vaccine researchers to answer your questions, if you can; preferably those who work for a global health nonprofit who you can feel confident are in the business solely to save and improve lives. (I know a few…)

I want to end by sharing one of my own fears that persists despite a whole arsenal of data points. We all know that flying is the world’s safest means of transportation, yet nearly every time I make my way from the jet bridge to the cabin, I feel as though each step is taking me a few inches closer to an untimely demise. I roll my eyes whenever anyone cites the data my head knows even if my heart doesn’t. The statistics might not make me feel better, but they do guide my choices.

That’s why I always board the plane.

Vaccine Safety and Your Child: Separating Fact from Fiction: Topics include general questions about vaccine safety, questions about the US vaccine schedule, various rumors about health issues caused by vaccines, and what is contained in a vaccine vial. 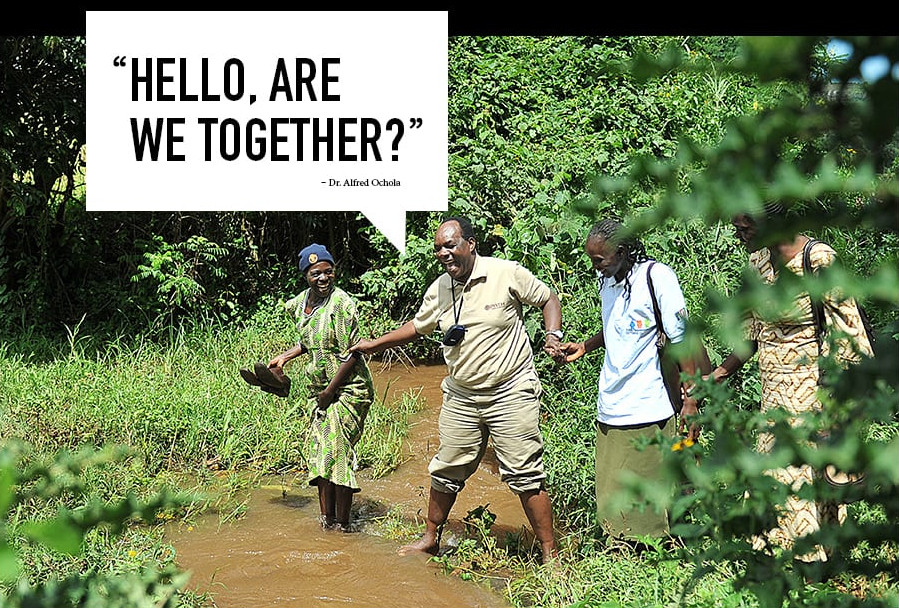 Together Against Diarrhea
In a swampy field in Western Kenya, an energetic Alfred Ochola surveys the crowd. All eyes are on him as he rolls up his pants, wades into a muddy stream, and fills a bucket with dirty water.