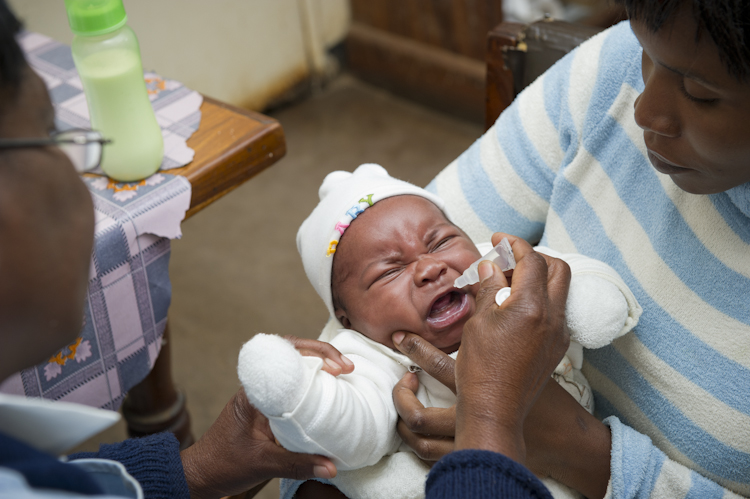 Baby Vusi receives a rotavirus vaccine while being held by his mother Teresa Jeri at the Chainda clinic in Zambia. New research suggests that malnourished children may be less likely to experience rotavirus diarrhea compared to children with normal nutritional status. Photo: PATH/Gareth Bentley

Rotavirus is often called a “democratic virus” as almost all children around the globe are at risk of being infected with rotavirus before their fifth birthday. Vaccination is the best way to prevent rotavirus infection, but 41% of all children still lack access to rotavirus vaccines. The negative health effects of rotavirus diarrhoea are concentrated in sub-Saharan Africa, where over 50% of deaths due to rotavirus occur.

While low vaccine coverage and lags in introducing rotavirus vaccine in national immunization schedules contribute to a higher burden of rotavirus in these countries, they don’t provide the whole picture. Oral rotavirus vaccines have significantly lower effectiveness in low-income countries compared to higher income countries, and the reasons why are still poorly understood. Understanding the missing puzzle piece may require a willingness to question widely accepted scientific concepts, such as the relationship between malnutrition and infectious diseases.

Constant exposure to faecal pathogens activates the body’s defense mechanisms and results in a complex intestinal disorder called environmental enteric dysfunction (EED). EED is pervasive among children living in areas with inadequate water, sanitation, and hygiene (WASH), and leads to morphological changes in the gut including inflammation and a reduced ability to absorb nutrients from food. Persistent exposure to faecal pathogens therefore increases a child’s likelihood of developing EED and malnutrition, as well as their likelihood of staying malnourished.

From here, the picture gets more complicated. Counter to abundant evidence demonstrating the ways in which undernutrition makes the body more vulnerable to infectious diseases, numerous observational studies suggest that malnourished children may actually be more protected against rotavirus infection compared to their better nourished counterparts. For example, our observational findings from Zambia, published recently in PLOS ONE, suggest that malnourished children had less than half the odds of having rotavirus diarrhoea compared to children with normal nutritional status. Our analysis also found that children who didn’t have diarrhoeal disease had higher concentrations of faecal biomarkers suggestive of EED compared to children who had diarrhoea.

The findings, while counterintuitive, suggest that EED may diminish the ability of rotavirus to invade the gut and cause infection. The same mechanisms that may prevent viruses in oral vaccines from replicating in the guts of children with EED may also protect them from wild rotavirus infection.

However, current evidence is not sufficient to confirm these conclusions with certainty. Longitudinal research that follows cohorts of children over time is critically needed to better understand the effects of EED on child health. Despite collective recognition of the ubiquitous nature of EED among children living in poverty, studies examining the association between EED, nutritional status, and oral vaccine performance are limited. Outstanding challenges include a lack of clear diagnostic criteria for EED, and difficulties detecting the presence of EED without invasive and costly methods such as intestinal biopsies.

A true commitment to defeating diarrhoeal disease will require similar commitments to defeating hidden and understudied adversaries impacting children’s health such as EED. 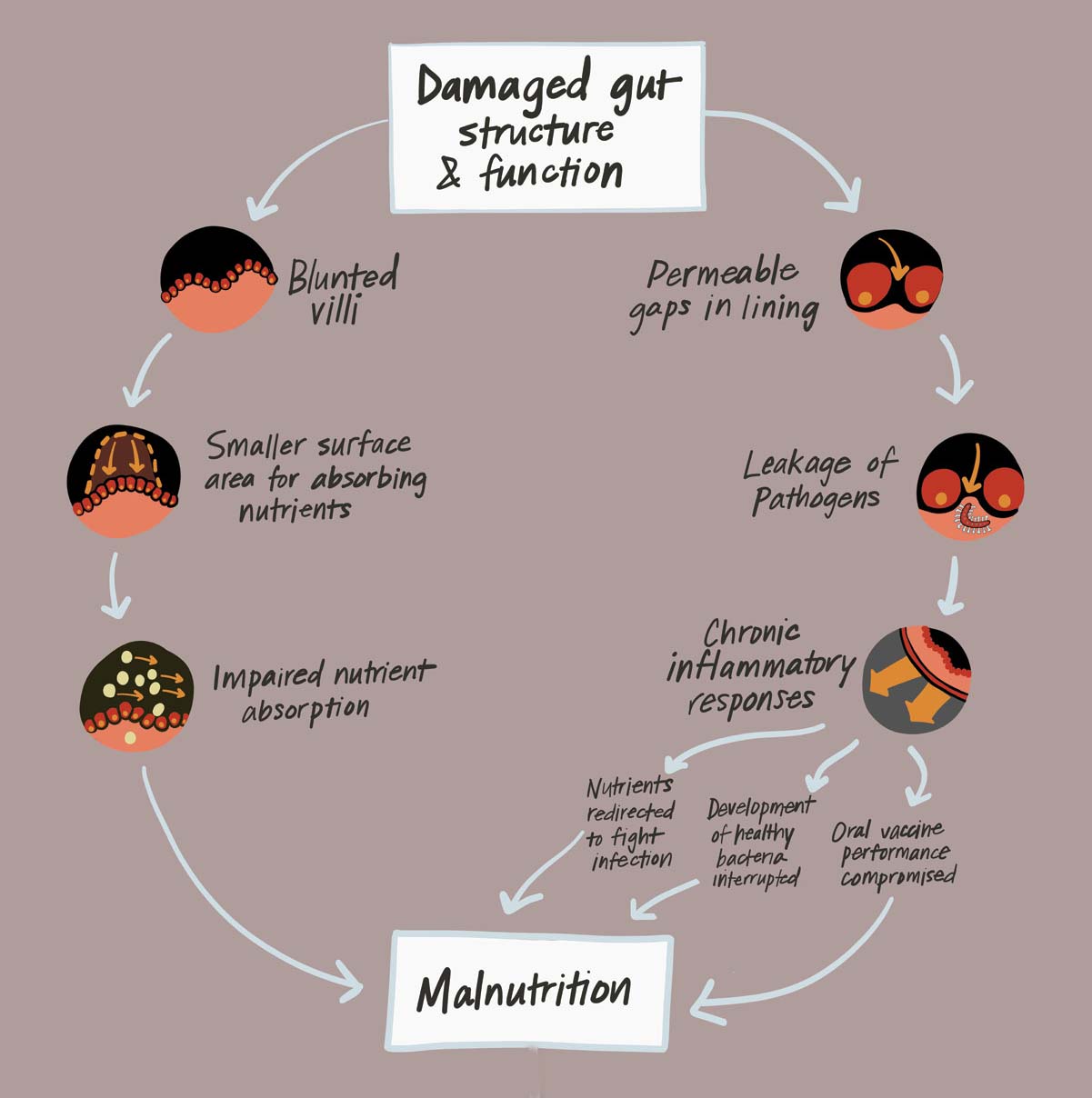 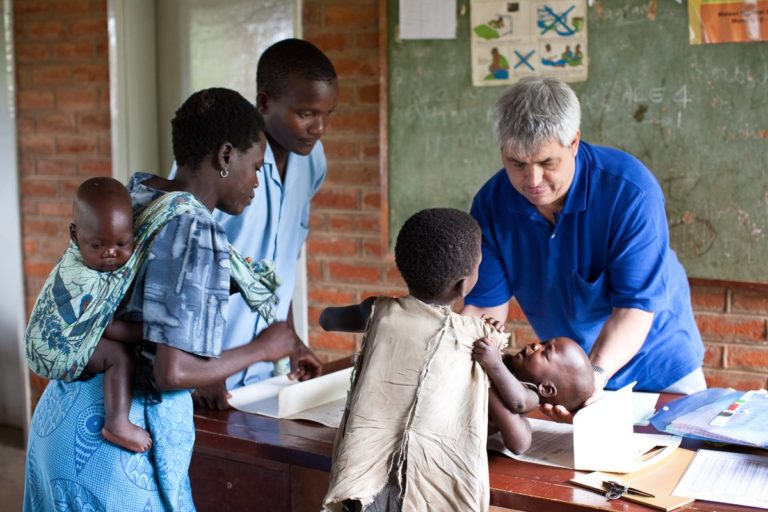 If childhood stunting is a three-legged stool, poor gut health is one leg
Dr. Mark Manary, one of the world’s foremost experts in childhood malnutrition, screens children in Chikweo, Malawi. Photo: Carol Lin.