Stephanie Ogden
Water For People Fellow in Innovation and Sustainability

Years ago, while working in El Salvador, I learned the Latin American gesture for diarrhea - a quick brushing of one hand, fingers pursed, across the open palm the other, and then a dramatic splaying of the fingers.

More often than not, I saw this gesture from women, and it wasn't gossip or indiscrete personal information or meant to earn a chuckle; it was a distress call.

And it was taken seriously; women whose children had diarrhea were scared, and if the diarrhea

continued for more than two days, they carried their children to the hospital in a panic.  I remember the first time I saw a woman, Nina Caetana, hurrying on foot through the paths leading to the village, her 9 month old son wrapped in her arms.  As she passed, she said, “There is no life left in this child.”  In this remote little village of El Salvador, as it does in so much of the world, diarrhea meant death for children.

Women would often tell me how many children they had, and include those that had died.  On house visits, I would ask how many children a woman had and she would answer something like, “Eight - six living and two dead.”  Of those child deaths, diarrheal disease, or rather the effects of it - severe dehydration and malnutrition - accounted for the vast majority.

Javier, age 11, in his family latrine in rural north-eastern El Salvador.
The latrine was one of only a few that existed within the surrounding area,
and diarrhea, among children especially, is commonplace.

The statistics on diarrheal disease in poor communities of developing countries are undisputed - and after years of studies, we know that hand-washing and eradicating open defecation are the two most cost-effective ways to reduce diarrheal disease at the community level.  However, despite all that we know, the development sector hasn't been able to adequately attack the problem of sanitation for the poor.  As I continue to work in the WASH sector in Latin America and in Africa, I see the challenges on a daily basis.

The barriers are many.  Historically, there has been a lack of investment in public sanitation, by 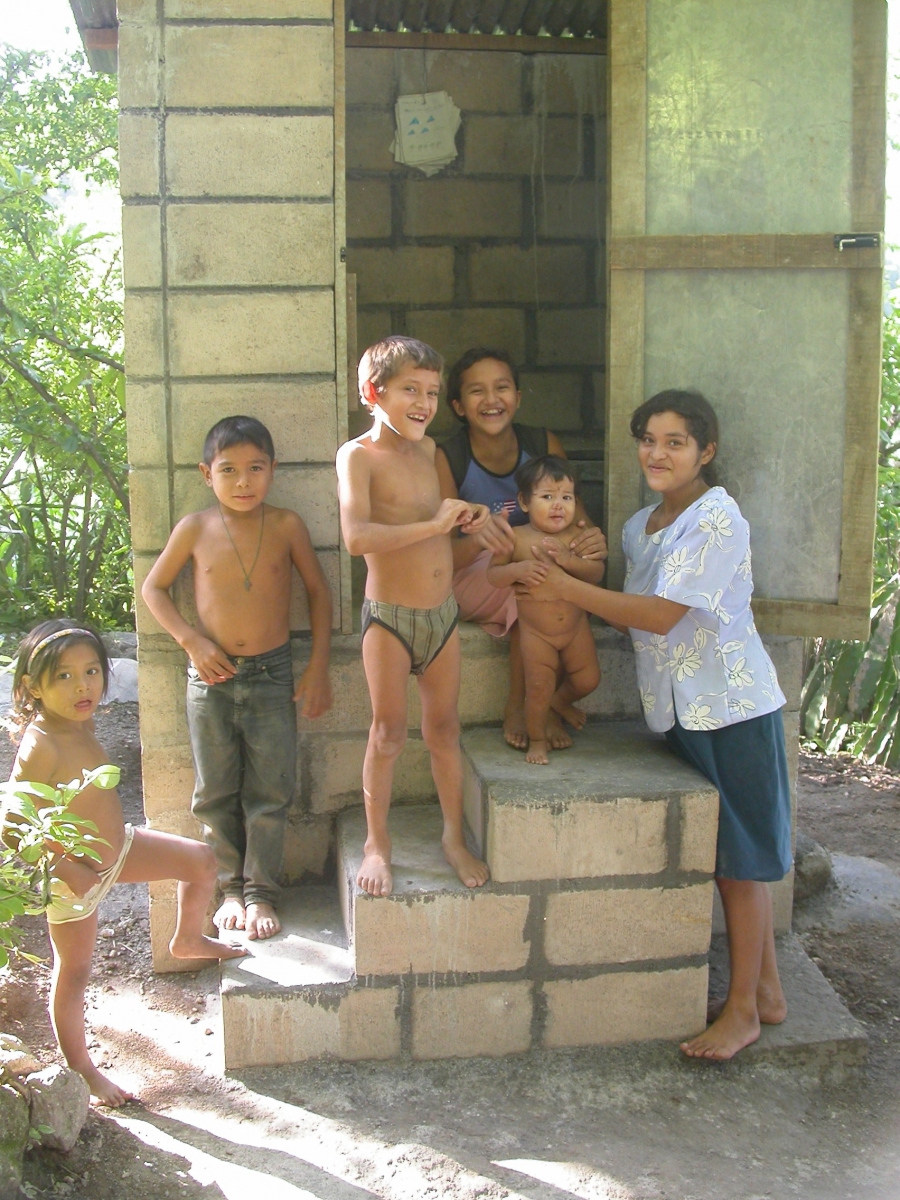 governments within their own countries as well as by aid agencies.  Within the development sector, and even the WASH sector, we have been unable to understand, particularly in Africa, what makes an improved latrine a worthy investment for a poor family - what kind of latrine they would be proud to own and maintain.  Nor have we been able to understand and embrace the additional meanings all of us attribute to bathrooms - meanings without which they are insignificant places.  More than just places to poop, bathrooms are, in many ways, places of health, of pride, of hospitality, of privacy, of peace - and, until the latrines endorsed by development agencies and government programs embody those characteristics, families won't pay for them or use them over time.

Children play on the steps of their newly built composting latrine in rural El Salvador.
This family of 14 had no prior latrine; three children had died before the age of 4 years old.
Eight years after this latrine was built, it is still in use.

But the greatest barriers to sustainable sanitation are rooted, I believe, in our global reluctance to talk about poop. In the developed world, where for over a century we've been able to flush our feces away and the mention of diarrhea elicits chuckles rather than fear, we haven't been able to talk about the problem of poop with any real openness, any real seriousness, especially in the world of scholarship and professionalism.

Even now, as we approach 2015 and the deadline of the Millennium Development Goals so far 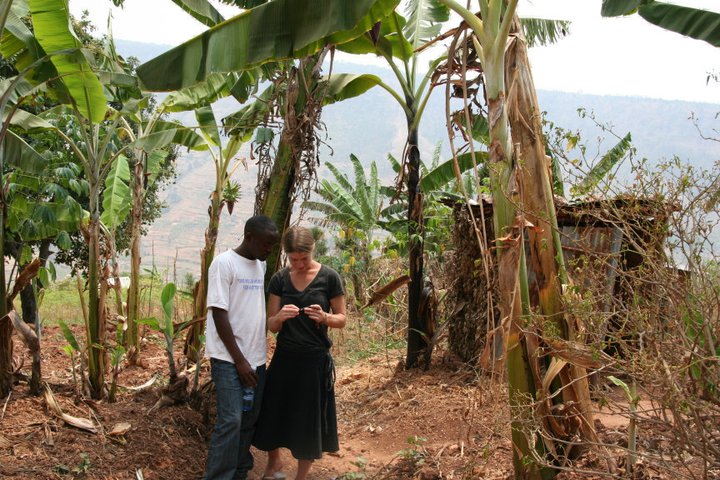 behind the sanitation goals that we are actually losing ground, poop still isn't a sexy topic.  Our greatest innovators still haven't tackled the problem of sustainable sanitation - there's simply no glory in it.  But millions of lives, especially of young children, are at risk as a result.

For many in the developing world, pooping is the most daily connection with health.  When diarrhea kills so many, bowel movements are barometers of wellbeing.  And so, it is an act of daily importance.  We need to embrace that importance, and be more creative about sustainable sanitation solutions, both at home and abroad.  And, to some degree, in order to encourage such creativity, we need to speak more openly about it, need to be confident that poop isn't a subject for shame, but rather a matter of dignity, of health, of solace, of peace.

So, let's talk openly about poop, here and elsewhere in the world.  Let's stop blushing.  Let's add the problem of poop to the vocabulary we use everyday, and let's make sure there's glory in solving the sanitation problem.  Let the talk about poop begin - and collectively, we save millions of lives.