Sustainable Sanitation: The Need Of The Hour Skip to main content

Sustainable Sanitation: The Need Of The Hour 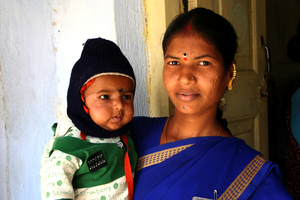 I am often asked why I chose sanitation as a focus area and what makes the India Sanitation Coalition (ISC) different.

My work and interest in water efficiency and also empowerment of women led me to the need for sanitation. In global events I would hear about India having the highest percentage of open defecation (accounting for 59 per cent of the 1.1 billion people in the world who practice open defecation) and the lack of toilets. My husband, who has worked in NGOs for the last 15 years, and I began to dig into the subject about a year before the Swachh Bharat Mission was established. Then our Prime minister put it on the national agenda - we could not have hoped for more.

I always believed that sanitation as a sector cannot be understood or tackled in isolation. In particular, the differential impact of poor sanitation practices and infrastructure on maternal and child health and safety is well documented. Repeated diarrhea caused by open defecation leads to death and stunting, which affects the child's physical and mental development, affecting the productivity of our people. A large number of our girls are not being able to go to school for lack of toilets, and women hold themselves between dawn and dusk leading to various illnesses. The lack of awareness of the health aspects of open defecation needs to be addressed through education and communication.

At the ISC we recognise that there are strong players who have expertise in implementation, capacity building, are repositories of knowledge, and that donors and corporations are interested in funding.

That is where the ISC sees its role - bringing different actors together to share their learning and expertise, to collaborate and partner, to leverage each other's strengths in different geographies, and to synergize where possible. We build on this wealth of experience for everyone to gain, and support mechanisms that make it easier for various stakeholders to engage in the sanitation space.  ISC is therefore a platform to empower, to act as a catalyst, and to galvanize stakeholders, enabling all players to do their job better and support Government in its Mission. Doing so will help build a sustainable sanitation ecosystem.

At the Coalition, we strongly advocate for sustainable sanitation that includes addressing the entire value chain of Build, Use, Maintain and Treat (BUMT). Infrastructure creation alone will not move us towards the government's target to make India Open Defecation-Free (ODF) by 2019. Today, we have a historic opportunity to address the problem of sanitation in its entirety using the momentum generated by the Swachh Bharat Mission (SBM) to realize the ambition of sustainable sanitation.