A Shot in the Park: Changing the Child Survival Game through Vaccines Skip to main content

A Shot in the Park: Changing the Child Survival Game through Vaccines 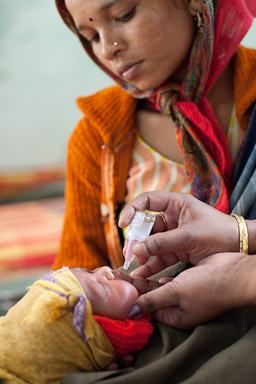 Recently, my husband and I did a rare thing and attended a major league baseball game. We made ourselves comfortable in the outfield bleachers just fair of the foul pole, ready for a few lazy hours in the sun rooting on the Seattle Mariners.  Then, in the third inning… CRACK… we heard the sound of bat on ball and, shockingly, saw the ball bulleting straight for us. It seared into the crowd and ricocheted into the seat next to us. My husband reacted quickly, dove into the bleachers, and grabbed it, beating out several other lunging fans. And with that, we were suddenly members of an elite group of fans that had beaten the odds and snagged a homerun ball.

Wondering what odds we had actually beaten, I did some research. In truth, the question has many answers depending on seat location, game attendance, stadium dimensions, etc. But 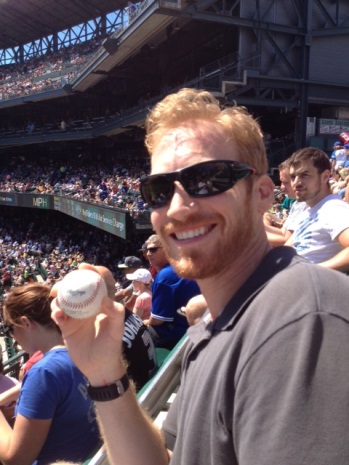 , whichever way the data are cut, most calculations have the probability of catching a homer at less than one percent. Dare I say, that's a ballpark figure.

Here in the United States, children dream of someday catching a ‘long ball' and go to games with mitts in hand, hoping to beat the odds. But in less developed countries where poverty and disease are pervasive, children often dream of beating the odds in a far different way—making it past their fifth birthdays. For these children one of the most powerful health tools that can help make that dream a reality, vaccines, can be as elusive as catching a homer.

In baseball, choosing a seat in homerun territory has significant bearing on a person's chances of catching one, but improving the odds beyond that is largely out of anyone's control.  In global health, being born in an impoverished country has considerable bearing on a child's chances of making it to adulthood, but improving that child's odds of survival is well within our power. Expanding access to vaccines in these regions can give children the tools they need to come from behind and win the faceoff with disease.

The good news is that a reversal of odds is in the process of playing out against many diseases, including two of the world's top child killers—pneumonia and diarrhea. Thanks to assistance from groups like the GAVI Alliance, children in low-resource countries are gaining access to vaccines at an unprecedented rate and a chance at survival that they would not have had otherwise.

In the case of pneumococcal disease—the most common cause of severe childhood pneumonia—only one percent of the world's infants had access to pneumococcal vaccines a decade ago, and only in the industrialized world.Today, 33 percent of the world's infants have access to these lifesaving tools, including infants from 27 low-income countries and counting. Pneumococcal vaccine rollout in the developing world has occurred in record time and could avert over half a million child deaths by 2015 and up to 1.5 million such deaths by 2020.

Global rollout efforts for vaccines against rotavirus, the leading cause of deadly diarrhea in children, are also making history, having succeeded in introducing rotavirus vaccine in the United States and a GAVI-eligible country in 2006—the same year. If rotavirus vaccine rollout in GAVI-eligible countries continues as planned, at least 30 of the world's poorest countries will have access by 2015 and more than 2.4 million young lives could be saved by 2030.

Part of the thrill of going to a baseball game is in the slim chance that a homerun could single us out in the crowd, but slim chances hold no thrill in the game of disease prevention. We may have had luck on our side at that Mariner's game, but thousands of others at the game did not. Ensuring that access to a shot in the arm in the developing world ceases to be as elusive as catching a shot out of the park requires vigilant, continued investment and action from the global health community. Ultimately, universal vaccine access holds the promise that will give child survival odds we can live with. Everyone going home with a ‘shot' would ruin the fun in baseball, but it would change the game in global health.