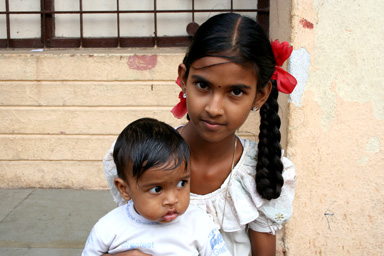 Having worked in global health for almost 10 years and travelled widely in Africa and Asia during this time, I've become well-acquainted with the occasional bout of “travelers' diarrhea.” What I never expected was to recently return from India with such severe diarrhea that I would be debilitated for days. This left me with a little bit of time to stop and reflect on some of the basics we take for granted in most Western countries today.

Today there are still 2.5 billion people in the world who defecate in open spaces, of which some 660 million live in India. In the developing countries of Africa and Asia, inadequate sanitation, unsafe water and limited medical care are the reasons why 4,000 children lose their lives to diarrhea each day. This is simply unacceptable.

We have the knowledge and tools at hand to prevent diarrheal disease and the fatal dehydration it causes. Whether it is investments in infrastructure and behavior change, a combination of established interventions such as breastfeeding and oral rehydration therapy, or new rotavirus vaccines, there are multiple opportunities to accelerate diarrheal disease control.

Let's not forget how life-threatening illnesses can happen so easily and so frequently in other parts of the world. And it shouldn't take a bad spell of travelers' diarrhea to trigger these reflections. Our own awareness of the health of children in Africa, for example, can ultimately help bring solutions to where they are needed most.

If we make it a priority to consider whether a farmer who grew the bananas was fairly paid, or whether we should take a reusable bag to the supermarket to carry groceries, then why is it not equally routine to think about global health and to acknowledge the fact that something as ordinary as diarrhea still kills 1.3 million children annually? Let us encourage a world where global health equalities are a daily reflection.