Quiet hopefulness and hard work: Rotavirus vaccines finally will reach across Africa – a time to reflect Skip to main content

Quiet hopefulness and hard work: Rotavirus vaccines finally will reach across Africa – a time to reflect 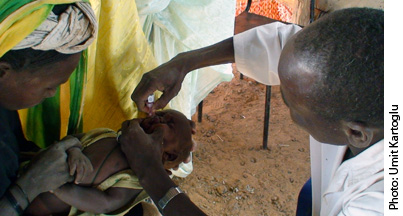 It is with a quiet sense of hopefulness and excitement that I look ahead to the next couple of years as we hear about the growing impetus of African countries preparing to introduce rotavirus vaccines - it sounds almost like a building crescendo or drum roll to me. The first notes started when South Africa introduced rotavirus vaccine in 2009, next came Morocco in 2010, and since July 17, 2011, Sudan has been immunizing its children against rotavirus. Today, the GAVI Alliance announced it will provide funding for 16 countries to introduce rotavirus vaccines, 12 of them in Africa. Rotavirus vaccines reached Sudan, the first GAVI-eligible country only two years after WHO's recommendation for universal introduction. Now, Angola, Burundi, Cameroon, Congo Republic, Djibouti, Ethiopia, Ghana, Madagascar, Malawi, Niger, Rwanda, and Tanzania  are lined up to introduce next year and in 2013. The crescendo is building in other regions as well: Armenia, Georgia, Moldova, and Yemen.

In one sense the years seemed to have passed so quickly, since I began researching rotaviruses in the 1980s at a Black African hospital in apartheid South Africa. In the three decades since, in partnership with a small but dedicated team of African colleagues, we have developed an understanding of the epidemiology and burden of rotavirus throughout the continent. We've demonstrated the terrible burden of rotavirus illness and death in Africa, where rotavirus kills more children per capita than anywhere else; and we've demonstrated the effectiveness and the public health impact that the vaccines will have in these same populations of young children. Yet the toll of childhood deaths in Africa - and other regions - has not waited for us to generate this information, and perhaps more than 5 million young children in Africa have died over the last 20 years.

Now we pass the torch to others to implement these life-saving vaccines in countries with the highest needs: to national governments to find the will to introduce the vaccines; to GAVI and the international community to find the means to pay for and deliver them; to vaccine manufacturers to produce enough vaccines and make them affordable for all who need them; and to the immunization officers and nurses who will give them - drop by precious drop - to infants in immunization clinics scattered across Africa, the Middle East, Eastern Europe, and Asia.

Looking back over 30 years now, I am honored to have been involved. And looking ahead to the next few years, it is with this quiet sense of hopefulness, this building sense of excitement that I can today envision a new generation of healthy African children playing in the sun and the red-brown earth of this magnificent continent, free from the misery of severe diarrhea.

-- What is rotavirus? You should know -- you've probably had it!

-- How do we know rotavirus vaccines work?