A Party with a Purpose Skip to main content

A Party with a Purpose 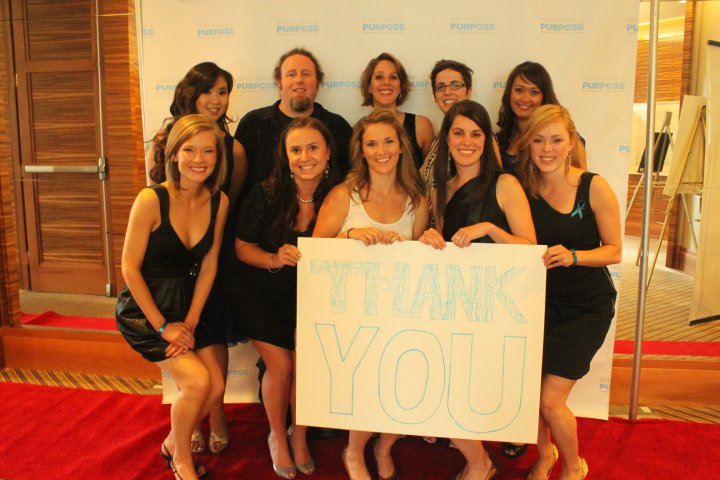 Our objective was simple.

Charge $25 a ticket, draw a 500 person crowd of 20- and 30-somethings to a glamorous cocktail party in Seattle, focus the party on educating partygoers about global health and, more specifically, diarrheal disease, and use the net proceeds from ticket sales to contribute to diarrheal disease treatment. As I sit and reflect, one week past the Washington Global Health Alliance's inaugural Party with a Purpose, I'm struck by the simple fact that we achieved our objective.

Back in November 2009, the book Ten Ways to Change the World in Your 20s, catalyzed a group of twelve young professionals representing the Washington Global Health Alliance to think about a way to engage our peers in global health. Enough evidence existed to prove that young people would show up to an event where live music, food, drinks, dancing, swag bags, and a great cause were rolled into one experience, so we undertook planning the first Party with a Purpose.

“Global health” is a term so large, it's hard to digest. It became clear, in the early phase of planning, that we needed to narrow the event focus to one specific disease that could introduce partygoers to the spectrum of global health work being tackled by Seattle-based groups. Rotavirus—the leading cause of severe diarrhea—was chosen as the party's first “purpose” because it's a neglected disease, it's something most kids will get before the age of five, and it's unlikely a child in Seattle will die from it while a child in the developing world likely could.

Woven throughout the party atmosphere were messages about the package of interventions the global health community is using to prevent and treat diarrheal disease. The main objective of the party was to draw awareness to rotavirus and the global health community in Seattle, but we thought, why not raise some funds to contribute to funding a tangible good that party attendees could say they were responsible for the creation of? Proceeds from ticket sales and a raffle totaled $13,225. This money will fund PATH's creation of more than 50 diarrheal disease treatment centers known as “Oral Rehydration Therapy Corners” in Kenya, helping the country fulfill a national health policy goal.

Rumor has it that the largest private foundation in the world, started by a prominent Seattle-based couple, began their focus on global health because they read an article about how kids were dying from diarrhea. We, like the Gates family, believe it's possible to end diarrheal disease. And our party was one small step, with 500 sets of feet, in the right direction. Many more steps need to be taken, including moving rotavirus out of the “neglected” disease category.

I am extremely hopeful that we are approaching a time when children won't die from diarrheal disease simply because it's not on our radar. I am hopeful because a party about diarrhea proved to be the hottest summer ticket in Seattle.

-- Kristen Eddings organized Party with a Purpose and is a Program Assistant for the Washington Global Health Alliance.