Making the case and mapping a course for Shigella vaccines 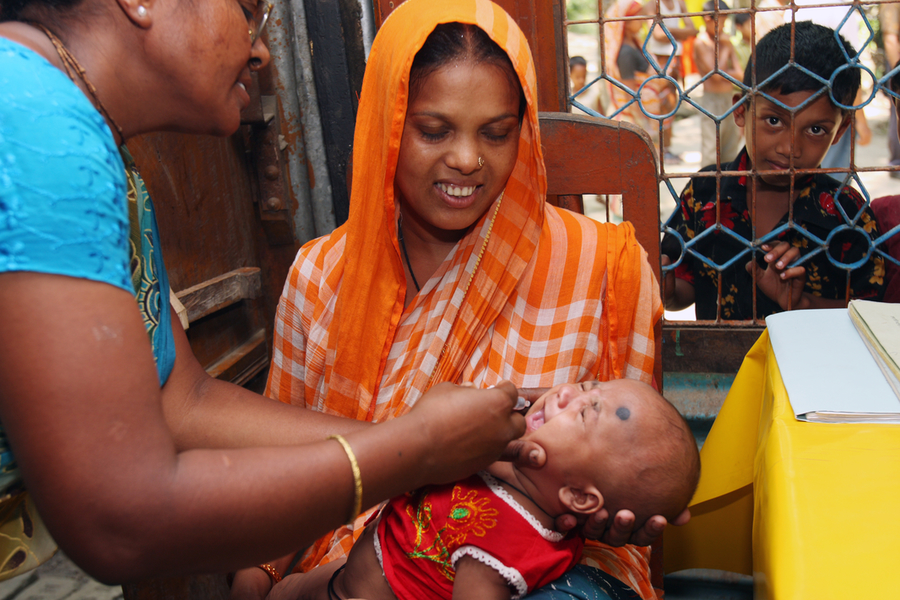 A mother in Bangladesh holds her infant child, who is receiving an oral dose of rotavirus vaccine. Vaccines against Shigella would help prevent even more cases of severe diarrhea in infants and young children, saving more lives and avoiding longer-term health problems. Photo: PATH/Map Photo Agency.

In low-resource settings, Shigella is a leading cause of severe diarrhea and dysentery, or bloody diarrhea, in children. There’s growing evidence that we should pay more attention to these crafty and increasingly antibiotic-resistant bacteria. I sat down with two colleagues to hear about a Shigella convening they attended in London earlier this year. Lou Bourgeois, enteric vaccine scientific officer, and Bill Hausdorff, public health value proposition lead, represented PATH’s Center for Vaccine Innovation and Access at the meeting, which was organized by the Bill & Melinda Gates Foundation and Wellcome Trust.

ALLISON: What was this meeting about?

LOU: This convening brought together the major players currently working in the Shigella vaccine space for an update on the state of the field. Even more importantly, it provided an opportunity for some challenging discussions on critical issues related to making Shigella vaccines a reality

BILL: I’m fairly new to the Shigella field, but I have many years of experience working on the development and introduction of new and improved vaccines for global public health. At PATH, I’m leading our efforts to develop vaccine value propositions – using an evidence-based process to ensure planning for new vaccines is aligned with the needs and capacity of the intended beneficiaries. Given that Shigella vaccines are still in clinical development, it’s a great time to pose some of these big picture questions.

LOU: One interesting issue was around diagnostics for late-stage clinical trials. As Shigella vaccine candidates get closer to large field-based studies, we need to figure out the most efficient and effective way to identify cases of Shigella.

BILL: I was struck by how the clinical portrait of Shigella has really changed with the advent of molecular diagnostics. These new tools allow Shigella to be identified more clearly in disease surveillance, and it’s now evident that this pathogen is more dominant than originally thought. This could have large implications for how we think about Shigella disease burden. For years, the field has thought that dysentery (bloody diarrhea) was the main presentation for Shigella infection, but these new data indicate otherwise.

LOU: Exactly! These newer molecular diagnostic methods show that Shigella contributes to the burden of non-bloody diarrhea almost as much as it does to bloody diarrhea, which makes it a lot harder to diagnose accurately in the clinic setting. This has implications beyond vaccine development, too, since it impacts how healthcare workers treat diarrhea cases in the clinic and whether or not they prescribe antibiotics. Of course, it’s cost-prohibitive to use these types of diagnostics for every case of diarrhea, so we really need a better option. This gap in point-of-care Shigella diagnostics has encouraged PATH and others to explore more rapid, molecular-based methods for case diagnosis. To date, one of the most promising platform technologies is the LAMP platform, which is currently being evaluated in Zambia as a potential rapid point-of-care test for Shigella and ETEC.

ALLISON: So, where are Shigella vaccine candidates in development?

LOU: LimmaTech Biologics is furthest along the development pathway, with its quadrivalent bioconjugate candidate on the verge of a Phase 2 field study. It’s pretty exciting since it has the potential to protect against four of the major Shigella strains. There are several other promising candidates earlier in development, including the subunit Invaplex candidate that PATH is supporting. We are still several years away from a licensed vaccine, but the pipeline shows a lot of potential.

ALLISON: How does the value proposition come into play?

BILL: The big question that I raised at the meeting was, “What is the Shigella story?” What is the most compelling reason for an endemic country to want to introduce a Shigella vaccine? Historical data show that Shigella was a major killer of children for many years, which was a good, solid reason to develop a vaccine, but now those data are varied, and mortality numbers are much smaller. So, this really can’t be the story anymore, since it won’t justify the development costs and elicit uptake in countries.

It seems like longer-term health issues resulting from Shigella infections might be an important focus, as there’s growing evidence related to chronic gut inflammation and stunting after illness. Antimicrobial resistance is also a big concern for Shigella. Or, perhaps the sheer volume of severe diarrhea attributable to Shigella—not necessarily leading to mortality—might be the major driver. But, I’m just not certain that any of these factors alone will be enough reason for countries to prioritize this vaccine. It may be that a standalone Shigella vaccine isn’t the answer, and a combined vaccine against multiple enteric pathogens is the more attractive pathway to ensure country interest and uptake.

ALLISON: Where does the Shigella vaccine field go from here?

BILL: I’m wondering if a paradigm shift is needed. Here’s an example from my previous work experience:  for years, the pneumococcal vaccine field debated over which individual serotypes to include in the new conjugate vaccines. But, after a certain point, the field gradually realized that the overall message needed to be about vaccines preventing pneumonia, regardless of what serotype caused it. This is how non-scientists and most country-level decision-makers think about disease. So, I think we need to get back into that frame of mind – what we really need is a vaccine to control serious, life-altering diarrhea. Shigella is certainly an important part of that, but not the only part.

LOU: The current Shigella vaccine pipeline is highly compatible with a combined vaccine approach that would address the bigger public health need for a multi-component product that would reduce the burden of both bloody and non-bloody moderate-to-severe diarrhea. These candidates would be combinable with typhoid, ETEC, and/or cholera vaccines, and I think they could have a major impact on reducing severe childhood enteric diseases in low-resource settings around the world. In my opinion, this needs to be a critical area of focus for the Shigella vaccine field going forward. 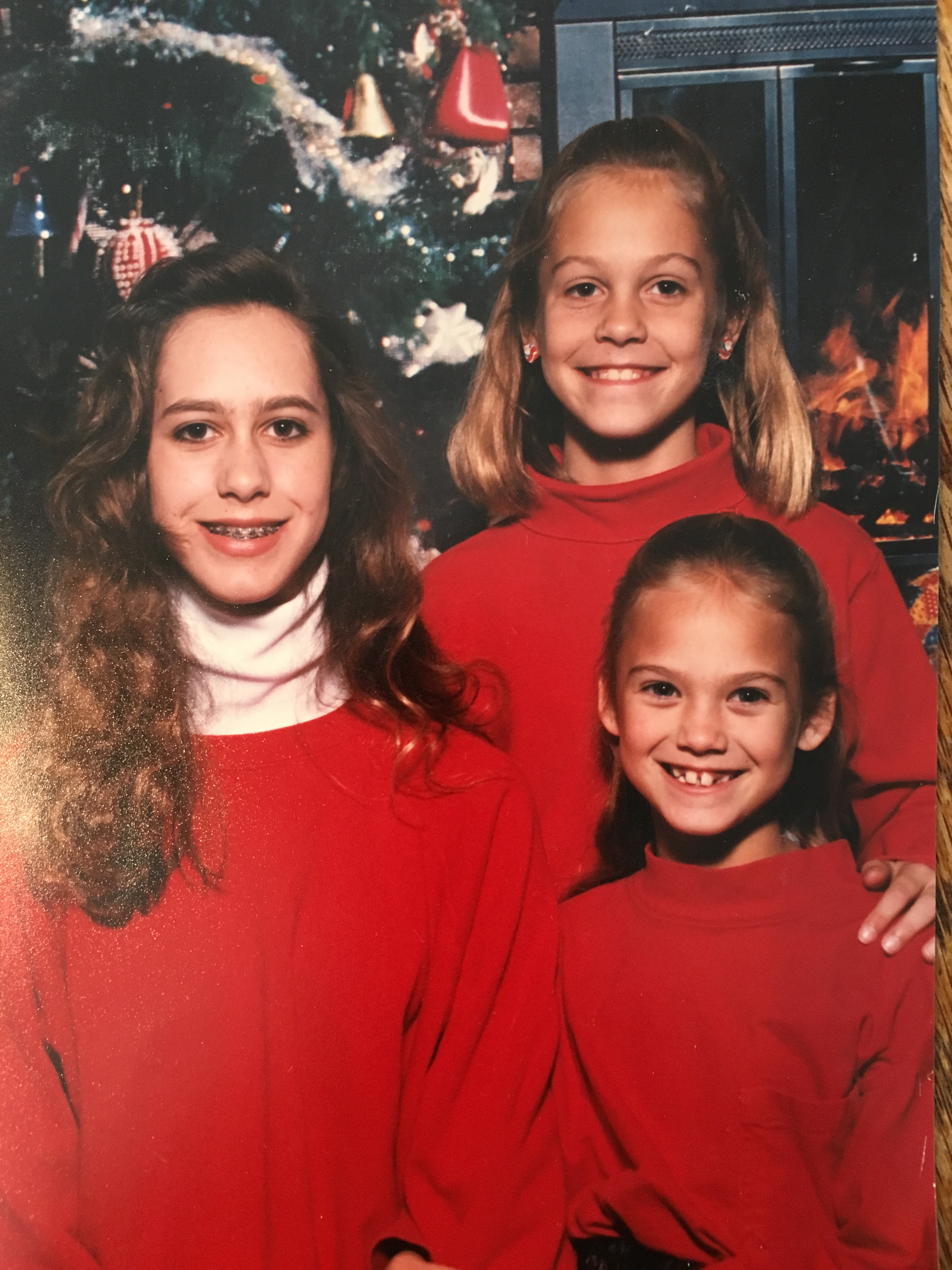