Have we forgotten about the importance of safe water and sanitation? Skip to main content

Have we forgotten about the importance of safe water and sanitation? 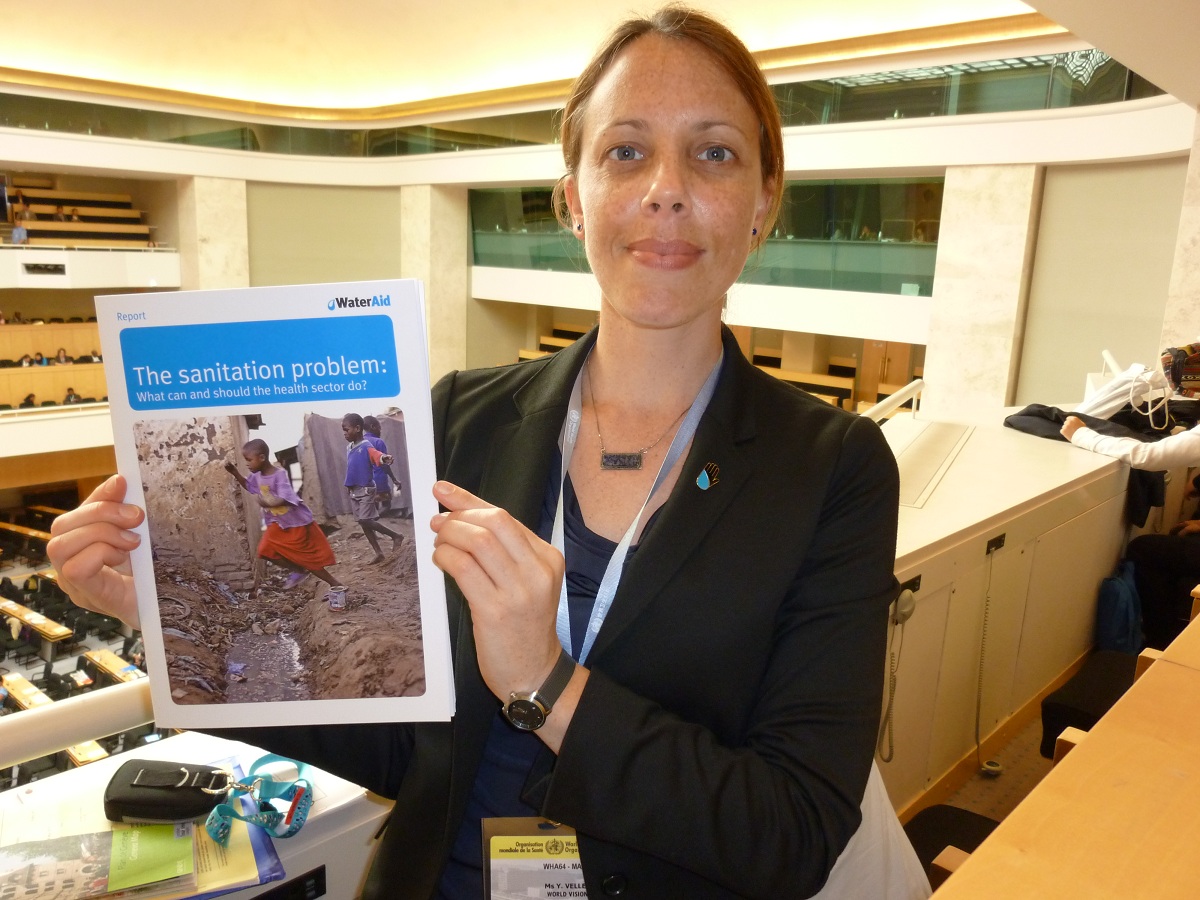 Yael Velleman, WaterAid, is on hand at the World Health Assembly to make certain that safe water and sanitation gets the attention it deserves.

Summer is almost here - and with it come the holidays, and necessarily the flights to far and exotic places. We all know the rewards but also the risks: traveller's diarrhoea is one of the common issues we will all face at one point or another. We all know the rules that go with travel to the less ‘developed' destinations - don't drink the tap water, don't eat raw vegetables. But back in February, CNN reported that three New Yorkers got more than they bargained for while attending a wedding in the Dominican Republic, bringing back with them that most notorious of diarrhoeal diseases - Cholera.

Their fellow New Yorkers, however, were lucky - they are protected from being infected with this daily disease. They are protected not by cutting edge medical interventions, not by vaccines introduced to shelter an entire population. They are protected by the most basic and critical public health intervention - safe drinking water and a complex and comprehensive sanitation system that removes human waste from houses and away from people.  Look back at 19th Century New York and you will see a different picture altogether. A cholera outbreak in 1832 left 3,515 dead. In an article published in 2008, the New York Times estimates that an outbreak in today's metropolis of eight million would have caused a death toll higher than 100,000.

In the world's developed countries, we all reap the benefits of safe water and sanitation on a daily basis. So much so, that we seem to have forgotten to apply this wisdom in international health policy. On the cholera front, progress in the development of new low cost oral vaccines has generated excitement within the global health community, causing the World Health Organization to repeatedly remind the global health community that vaccines, although important, cannot and should not substitute prevention measures such as water and sanitation. But the remaining global challenges in water and sanitation show us that the message is perhaps not being heard - with 2.6 billion people still without access to adequate sanitation, and more than 880 million without safe drinking water, there is still a long way to go.

This week provides an opportunity to address this ongoing imbalance. At the annual World Health Assembly in Geneva, global health decision makers from all UN Member States will come together to discuss current health challenges. Among other issues, the Assembly will discuss and hopefully approve three resolutions related to water and sanitation (including resolutions on control and prevention of cholera and eradication of Guinea worm disease). We can only hope that these leaders apply the lessons of the past, and firmly commit the international community to supporting developing countries to put in place the basic foundations of public health that so many of us now take for granted.

-- WaterAid is on the front lines at the World Health Assembly. Read their press release to see how they're making a splash.

-- Access the background document for the Resolution on drinking water, sanitation, and hygiene here.

-- Will you raise your voice for clean water and sanitation? Help us get the attention of policymakers at the World Health Assembly by following @defeatDD and @wateraid on Twitter and re-tweeting our messages.