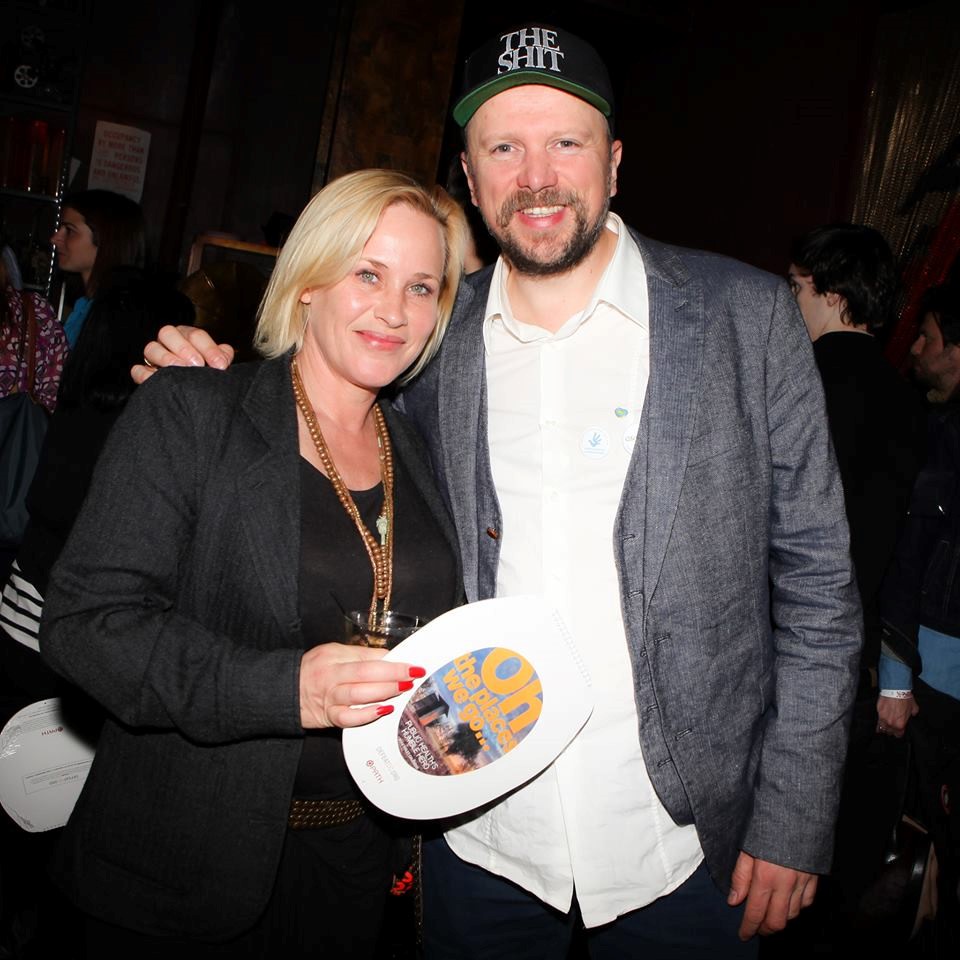 DefeatDD is a team of movie buffs. So you can imagine our excitement when we saw this photo of our pal Thorsten Kiefer of WASH United with Patricia Arquette… holding our Places We Go toilet calendar! We think the diarrhea crisis is big news, but it's not often that we find ourselves in the middle of a trending topic.

Earlier this week, Patricia Arquette won an Oscar for her role in Boyhood, and during her acceptance speech we learned that she is also a co-founder of GiveLove, a group working on ecological sanitation solutions in Haiti. Here's what she has to say about her work (from the GiveLove website):

"When you work on improving sanitation, like we do in Haiti, you start to really see the big picture. Sanitation is the keystone to solving so many problems in the world-- improving public health, reducing child mortality, recycling and reducing waste, and protecting water resources -- and yet no one is really talking about the problem of untreated sewage or the fact that 40% of the world's poorest people live without a toilet. The global community needs to commit resources to finding sustainable solutions.”

Hear, hear! And as we bask in the toilet-shaped glow of seeing our calendar in such illustrious company, we wanted to also honor four additional celebrities you may be surprised to learn aren't afraid to talk shit. Let's just call it the DefeatDD Oscars list, where every nominee is a winner!

Matt Damon: You've just got to love a celebrity to can laugh at himself. His role as co-founder of Water.org would be enough reason to include Matt on this list, but he doesn't stop there. Between his toilet strike, and most recently, his unique take on the ALS Ice Bucket Challenge, he is a fearless (and hilarious) advocate for safe drinking water and sanitation. His source of inspiration? His three daughters (Cue the collective “awwww”). 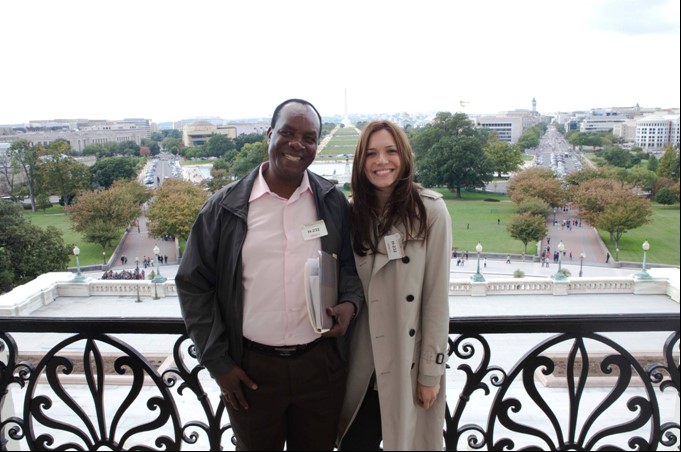 Our own Alfred Ochola got to hang out with PSI Ambassador Mandy Moore before speaking on a panel together about the lifesaving impact of US foreign aid.

Mandy Moore: As a PSI Ambassador, Mandy Moore has traveled to Africa, spoken with families who have benefitted from PSI's programs, tasted water made safe to drink by purification tablets. On Capitol Hill, she speaks passionately about the simple solutions to address diarrhea. She even stood in the world's longest toilet queue on World Water Day! Humbly, she says that her role is to observe, listen, and learn as much as she can, but don't let her modesty fool you: she knows her shit.

Bono: Bono is responsible for perhaps the first and only mention of the “d” word in Vanity Fair: “Diarrhea may be inconvenient in our house, but it's not a death sentence.” He's the brains behind this little group of grassroots advocates you may have heard about - the ONE Campaign - that continues to be a co-conspirator for DefeatDD awareness-raising efforts, including great coverage of rotavirus vaccine news and enthusiastic participation in our Poo Haiku Challenge (ONE's Global Health Policy Director Erin Hohlfelder was one of our winning pooets!).

Chelsea Clinton: She's not a movie star or singer, but she's still a household name. This former First Daughter is anything but shy about diarrhea. Quite the opposite, in fact: she is obsessed with it! Within 30 seconds of the start of her interview at the South by Southwest Festival, she asked the moderator if she could talk about diarrhea. Now that's the kind of urgency we like to see! She has dedicated her career to domestic and global health in her role at the Clinton Foundation. We're not sure if she interrupts every meeting with facts and figures about the solutions to defeat diarrheal disease, but we'd like to think so. 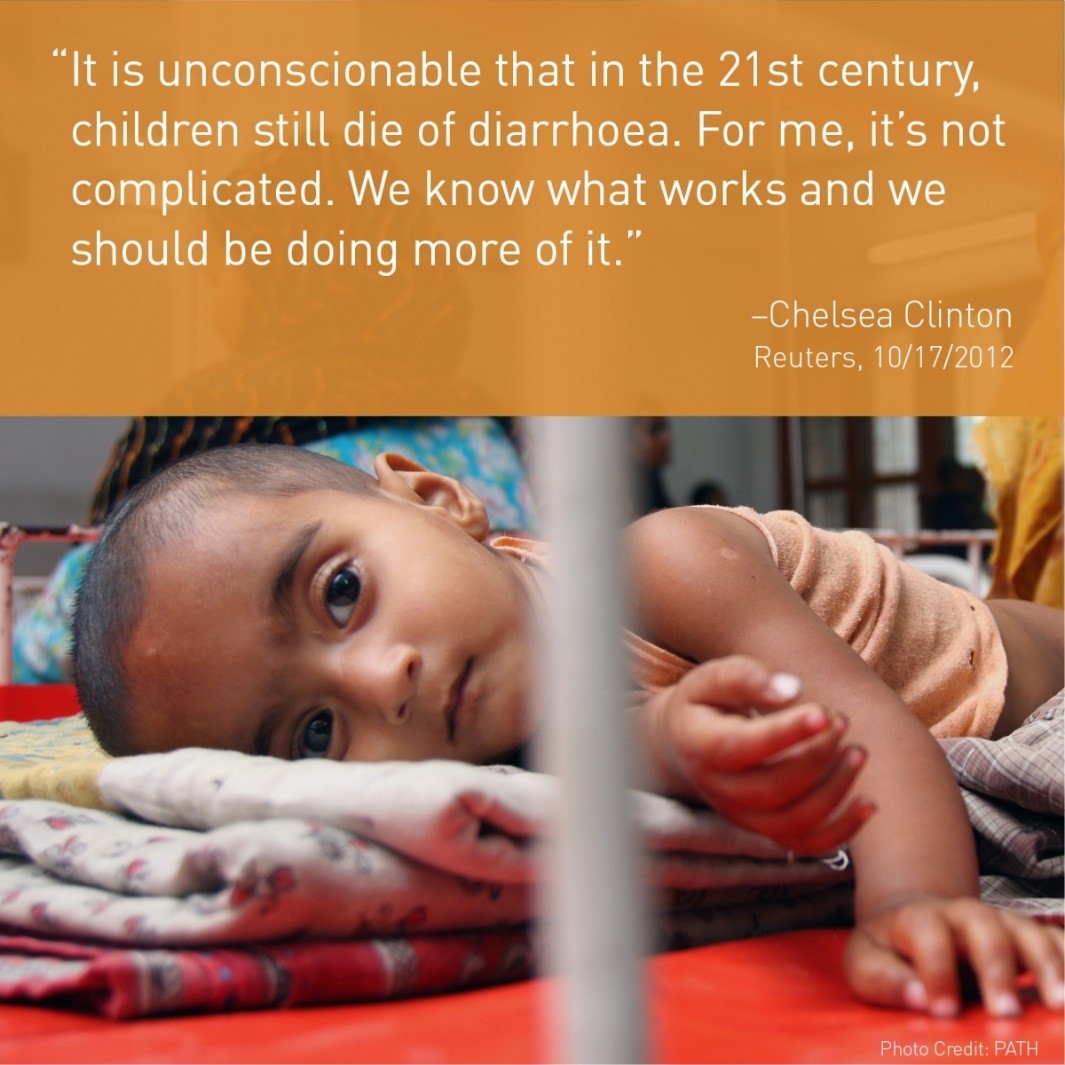 As you can see, as a DefeatDD blog reader and advocate, you are in good company. What other celebrities would you add to this list?