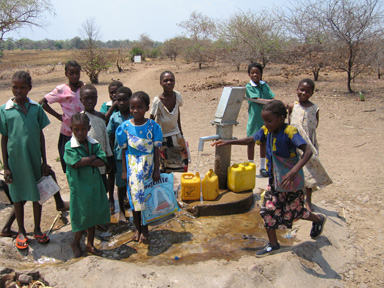 Will the World Health Organization (WHO) heed the call to mobilize its members to achieve the MDGs?

The World Health Assembly, the annual meeting of WHO member countries, opened Monday, here in Geneva.  In addition to the nearly 200 countries that are WHO members, several thousand NGO representatives from the around the world are in attendance.

I am proud to be part of the Global Health Council's delegation to the World Health Assembly, where there will be many topics discussed that have great importance on child health, including nutrition, neglected diseases, and malaria.  All of these intersect with diarrheal disease and the importance of clean water and sanitation.

Achieving MDG 4 remains a primary focus - improving child mortality in developing countries.  Although there have been great achievements, much more is needed to be done.  Pneumonia and diarrhea continue to kill nearly millions of newborns and young children each year.  Unless we can mobilize, we will not meet the MDG 4 goal by 2015.

Monday evening, Health and Human Services Secretary Kathleen Sebelius spoke at a program I'm attending.  Secretary Sebelius is leading the US delegation to the World Health Assembly.  My message to the Secretary is to highlight what we can do to achieve all the MDGs and to pledge American support to do more.  President Obama's Global Health Initiative is a great and important step, but the US needs to use its influence to urge other donor countries to renew commitments to the MDGs, and to encourage developing countries to do more.

I read in The New York Times last week that Uganda was going to invest $300 million in fighter jets while cutting back on AIDS drugs for its citizens!  I couldn't help but wonder: what does Uganda need with fighter jets when their own people are dying from AIDS?

The week kicked off here with political, social, and philosophical discussions and debate. There's no better place than Geneva for such negotiations and diplomacy.  I will report back later this week on what happens as the World Health Assembly goes forward.