Diarrheal disease costs too much 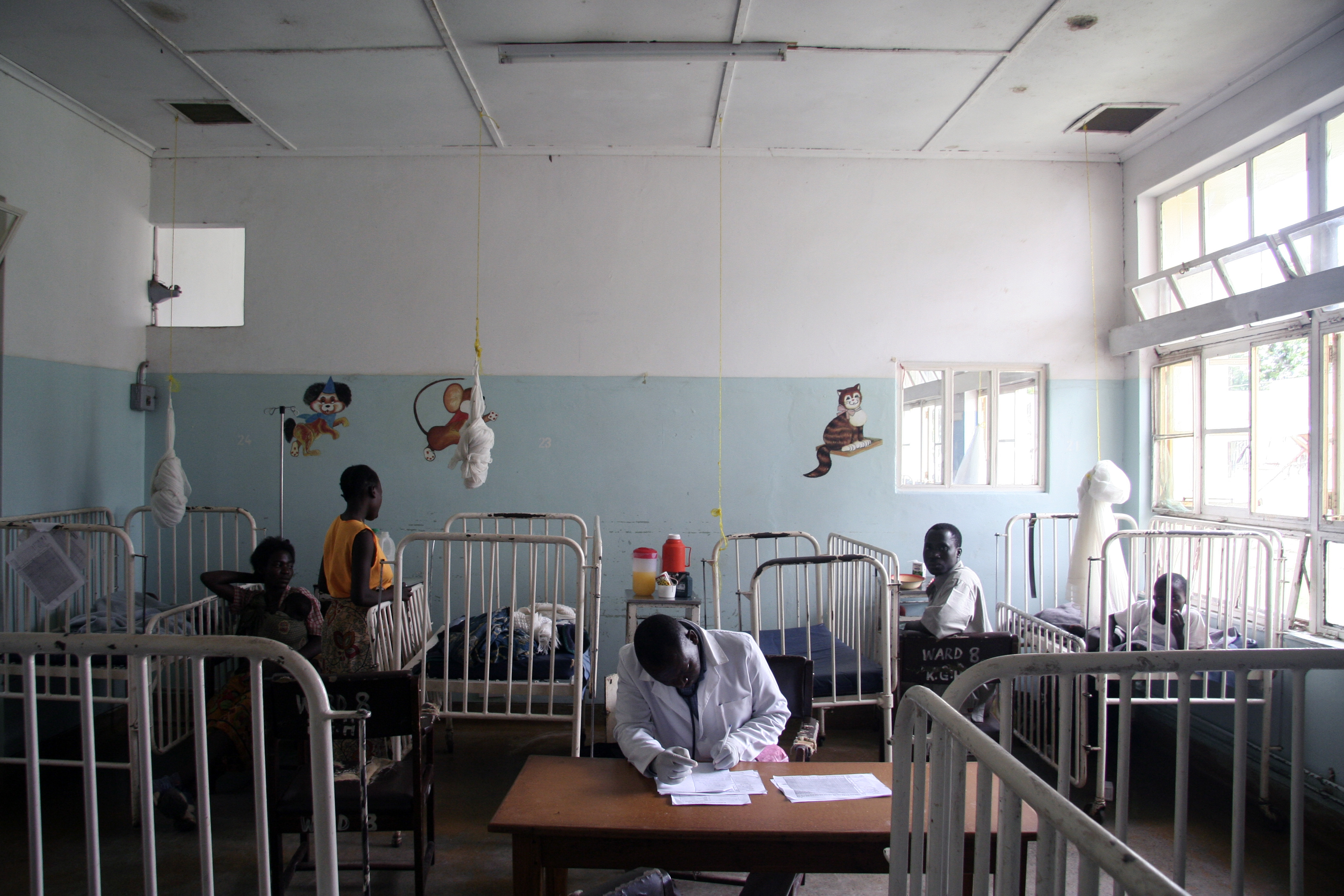 Photo: A health worker sits at a desk in a pediatric hospital room in Zambia. When children fall ill with diarrheal disease, the hospital bills can add up—and the indirect costs, too. PATH/David Jacobs

Diarrheal disease costs too many lives, too much time, and too much money. Cost of disease encompasses not only direct treatment expenses, but also direct non-medical costs such as travel expenses for a visit to a health care facility, and indirect costs such as lost income and productivity. In fact, a study in Malawi found that, of the average total household expenditures for one case of diarrhea, half of the costs for families were indirect and non-medical costs.

Such expenses are easy to overlook when evaluating the cost of an illness, but they often add up to have a significant impact on families, communities, and economies. When a family has to spend its savings on emergency medical treatment and travel logistics to get that treatment, the family will have less money for other essentials like food, rent, or education. Additionally, when a parent has to take time off work to care for a child, they may lose wages or business opportunities. All these largely contribute to the vicious cycle of ill health and poverty.

While many studies have reported on the cost of illness for diarrhea in one locality, comparable empirical data on the cost of diarrheal illness across localities is sparse, particularly in low- and middle-income countries. In an attempt to help fill this gap, my team at PATH conducted an analysis to generate comparable estimates of costs of diarrheal illness across 137 low- and middle-income countries.

To conduct the analysis, which was published in BMC Public Health, we first did a systematic literature review on the cost of illness for diarrhea in children under 5 years of age. The literature review found that the average cost of illness for diarrhea—as published across 25 journal articles—was US$36.56 per outpatient episode and $159.90 per inpatient episode. Direct medical costs accounted for 79% (83% for inpatient and 74% for outpatient) of the total direct costs. For many families, including a quarter of those who took part in the aforementioned Malawi study, these costs are greater than or equal to the entire family’s monthly income. This type of expense can too often push families into poverty.

Next, we generated modelled estimates of the cost of childhood diarrhea episodes comparable across 137 low- and middle-income countries. The model used evidence on cost structure from the literature review along with estimates from the World Health Organization’s Choosing Interventions that are Cost-Effective (WHO–CHOICE) database. Across all 137 countries, modelled costs of childhood diarrhea averaged $52.16 per outpatient episode and $216.36 per inpatient episode. Our model also predicted a significant share of the total costs being due to indirect costs (lost wages of caretakers) and direct non-medical costs (travel, lodging).

Because they are modeled estimates, the average estimated costs per country are likely to over- or under-estimate the reality for most families in these countries and should only be taken as a rough indication. However, as we have seen in studies like the one in Malawi, our estimates reflect that indirect costs are often significant. It is our hope that these estimates will provide a broad, yet useful picture of the impact that diarrheal illness has on families and economies, and that, in the absence of country-specific estimates, those generated in this model could serve as useful inputs for planning and prioritizing appropriate health interventions for childhood diarrheal diseases.

In low- and middle-income countries, where the burden of diarrhea often hits families the hardest, the impact of missed work and lost wages on a family’s livelihood—on top of the direct costs of treatment—cannot be ignored. Even when a family is spared the worst outcome thanks to timely treatment, one thing is clear: the cost of diarrhea is too high.