All hands on deck: A Clean India can only be achieved through collaboration and partnership Skip to main content

All hands on deck: A Clean India can only be achieved through collaboration and partnership 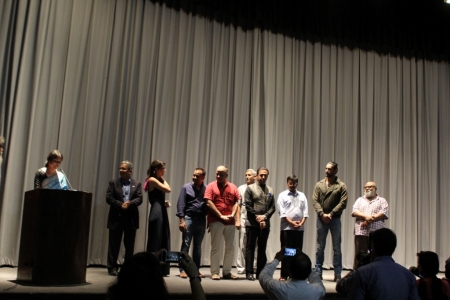 At the two year mark of Swachh Bharat Abhiyan (Clean India Mission) last month, it was inspiring to see how far India has come in such a short while. Since the launch:

· 2.5 million household toilets and 103,000 community toilets have been constructed in urban India.

· In rural areas the coverage has gone up from 42 to 55 percent with the construction of 20.5 million toilets.

For me personally, to have been part of the journey is exhilarating because it feels like being part of history in the making. There were certainly many firsts, like anchoring the India WASH Summit, organized in partnership with Ministries of Drinking Water and Sanitation (MDWS) and Urban Development (MoUD), with support from the World Bank, UNICEF, DFID, and 20 other partners. Attended by 600 delegates, this was the first time all important WASH actors from India and across the globe stood together on a common platform to discuss solutions for a clean India.

I was also part of the core team that established the India Sanitation Coalition. The ISC’s mandate is to help government to scale up and realize the full potential of their efforts on sanitation by channeling the power of multiple stakeholders. For the first time, NGOs, private sector, consulting firms, media and communications agencies, philanthropists, civil society, suppliers, and Government came together to support the roll out of the Swachh Bharat program.

In the urban space, the largest challenge is fecal sludge management (FSM). I helped set up the National Working Group on Fecal Sludge Management that is now planning the inaugural Global FSM meeting in February 2017. With the noise around ending open defecation, the issues around management of sludge and contamination of water bodies in the process is a huge area of work that I was involved in. (I was even asked to speak on the issue of FSM at a TedX event in Delhi on “Shit Matters!”)

As CEO of WaterAid India, I worked with the government to develop mass media communication products like TV and radio advertisements that were used to further the cause across India. To support inclusive designs, we were part of the development and rollout of a manual on toilet designs for people with disability, which is now part of the government’s national sanitation programme and an element that very few other countries have considered. This was followed by a Government handbook of technical options for rural sanitation that will be used as a resource across the country.

Working to build awareness on issues around water, the launch of a Bollywood film “Kaun Kitne Paani Mein,” whose plot revolved around water scarcity in two villages, generated more than 8.5 million impressions on social media and reached 367,000 accounts, creating a buzz among celebrities, too. The first in-house production of short film “Dabba Dol” also received appreciative reviews and media coverage.

With a Herculean task still ahead, there is still so much to cheer about people coming together.  These have indeed been part of the wide range of initiatives that have been picked up by a cross section of society making this now the most visible program in the country.  I am proud to have been part of this journey and I can see the efforts of the past years continuing to bear on my work at PATH.