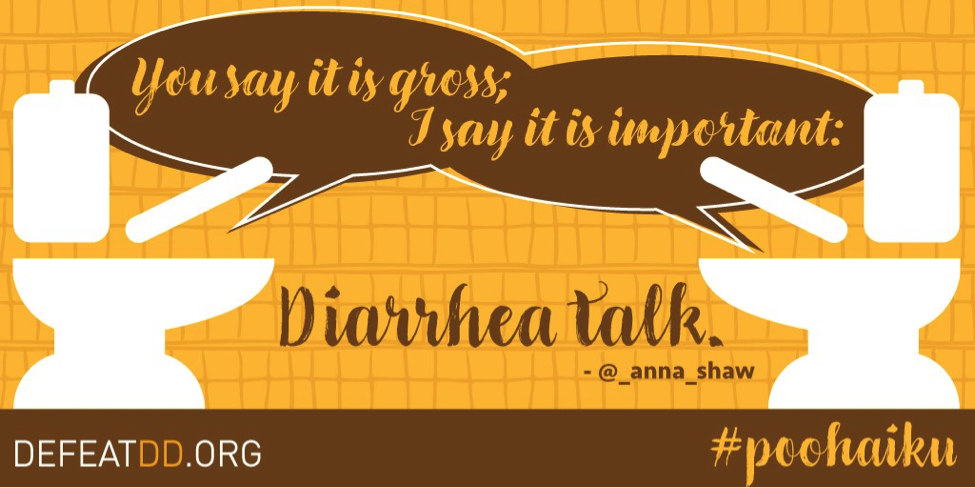 Poo Haiku has a special legacy as DefeatDD’s first social media campaign and is undoubtedly a fan favorite. Whimsical, informative, and an open forum for all sectors to raise their voice, it is the epitome of what our team considers a successful awareness-raising effort.

I love this contest! (what pediatrician wouldn't?) RT @defeatDD: Have you checked out our #poohaiku contest? http://ow.ly/6ObFL— Richard Besser (@DrRichardBesser) October 5, 2011

Poo Haiku #2 was the obvious title for our 2012 sequel. Those winning poo-ets each received a “What’s your poo telling you?” desk calendar to commemorate their poo-etic triumph every day of the year.

After testing alternative artistic modes of expression, including our crowdsourced toilet calendar and Traveling Poo caption contest, we brought poo haiku back in 2016, this time opening 12 slots to fill each month of our 2017 calendar and taking video of enthusiastic scientists reading their own poo-ems at the 2016 ASTMH Conference. The campaign was covered in NPR’s Goats and Soda blog for World Toilet Day and it represents our most successful com-poo-lation of haikus yet.

Although October has become synonymous with this campaign, we encourage advocates to pen prolific poo-etry all year long using the hashtag #poohaiku. We still have work to do! 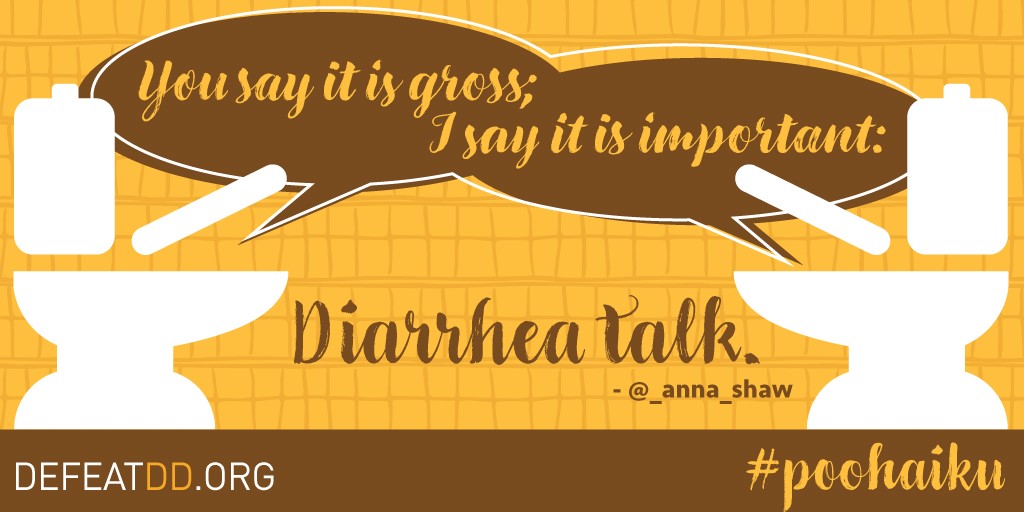 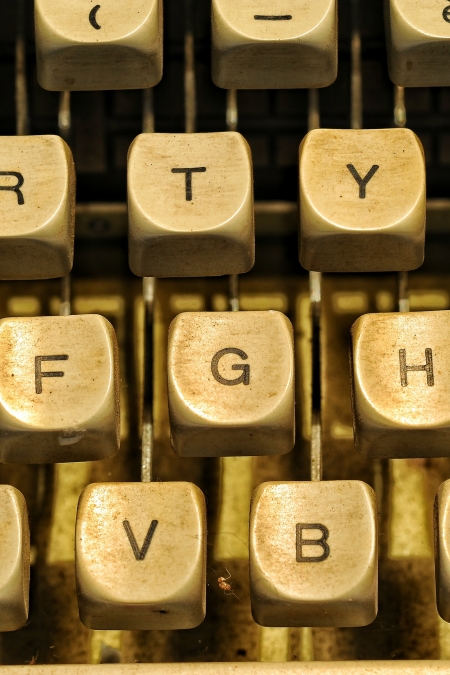 DefeatDD’s 2017 Poo Haiku calendar poo-ets
What makes a winning haiku?   Hmm. I should know, shouldn’t I? This is DefeatDD’s third Poo Haiku campaign, so I’ve had plenty of time to think it over. 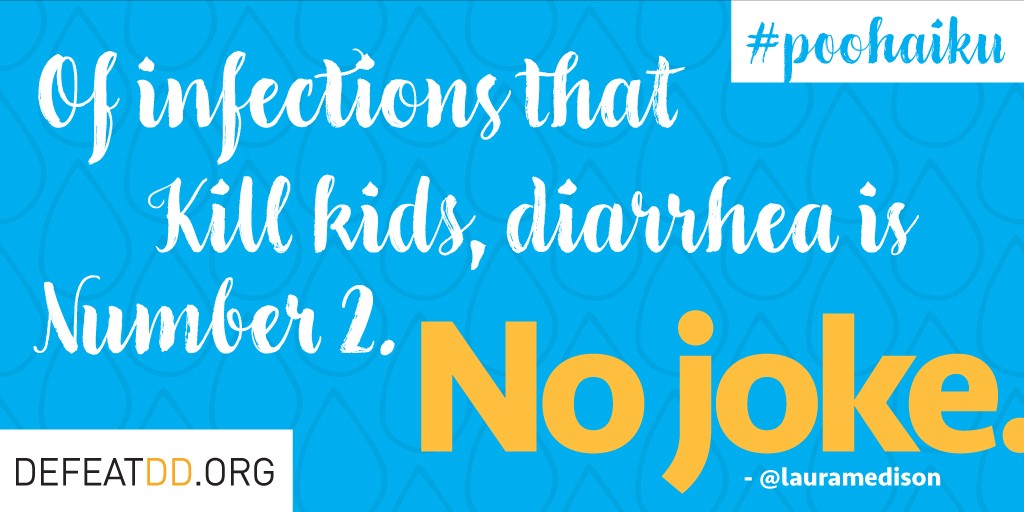 Poo haiku: No joke
Number two. In more ways than one. Make a stink and share a poo haiku!